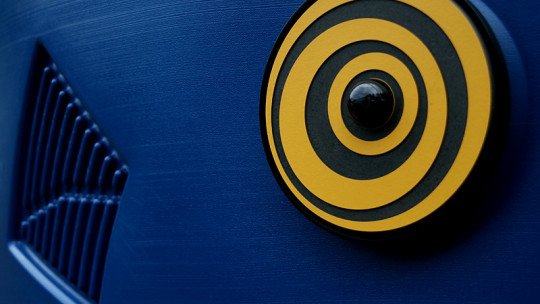 Psychoanalysis is a complex discipline, and has received equal praise and criticism over the past centuries. One of the things in Psychoanalysis that generates most concern is Hypnosis : what could happen to the person who is under a state of hypnosis ?

Unfortunately, there are currently myths and misunderstandings about what hypnosis is and how it works . Television shows have helped to instil a certain fear and mistrust of the practice of hypnosis. The stereotypes created lead people to have false beliefs and to be reticent about therapy based on hypnosis.

Today, we are going to solve the 10 most common myths about hypnosis .

Are people in a hypnotic state in an unconscious state?

It’s not like that. In fact, the person in a hypnotic state experiences an improvement in concentration and manages to focus in an unusual way. The patient is conscious at all times during the process of hypnosis.

2. Is hypnosis a state similar to sleep?

This myth is widely spread thanks to the idea, also erroneous, that to enter a hypnotic state the patient must have his eyes closed. Closing the eyes, indeed, can help to improve concentration and therefore is something that favours the state of hypnosis, but a patient who keeps his eyes open can also become hypnotised. In these cases, it is usually called ‘active hypnosis’.

3. During hypnosis, can the therapist “manipulate” the patient’s desires or actions?

Without a real willingness on the part of the patient to undergo the process of hypnosis, there can be no hypnosis. It is impossible to induce the state of attentional focus characteristic of hypnosis if the patient does not collaborate in the process.

In any case, the therapist has no control over the subject’s will. The patient has at all times the attentional capacity to make his own decisions. In case the therapist “orders” the patient to do something against his will, the patient would abandon the hypnotic state.

4. During the state of hypnosis, is it true that the patient can accurately remember everything that happened during his life?

No, I don’t. What happens is that, sometimes, the patient can develop stories about moments in his life that don’t fit in with what really happened.

5. What “power” must the hypnotist possess to be able to hypnotize the patients?

It’s not about having any supernatural power or gift. Any properly trained and qualified professional can use the process of hypnosis to treat patients.

6. Do the patients remember what happened while they were hypnotized?

The vast majority of people are able to remember everything or almost everything that took place during the process of hypnosis.

7. Is hypnosis a therapy?

Not exactly. Hypnosis is not a therapy in itself. Hypnosis is a specific technique that can be used with good results and to encourage certain changes in the subject. We could say that patients are not treated ‘with’ hypnosis, but rather ‘under’ hypnosis and always with the support of other techniques, processes and tools used by the therapist.

8. Are the people most likely to be hypnotized less intelligent or something similar?

No. Actually, it’s more the other way around. There is a positive correlation (though not a very strong one, really) between the patient’s intelligence and his “hypnotizability”. Therefore, it is the most intelligent people who can achieve the state of attentional focus most easily.

9. Is hypnosis dangerous or does it involve any kind of risk?

There have been no reported cases of anyone suffering physical or psychological harm from a hypnosis session. Many people are hypnotized every day by hundreds of professionals, and most of them do not declare any harm, but just the opposite.

10. Could the hypnotized patient remain in a trance-like state permanently if the therapist does not wake him up?

As already mentioned, people who undergo the process of hypnosis can leave this state at any time they wish. It should be remembered that the state of attentional focus is not synonymous with falling asleep. Consequently, it is impossible to awaken someone who is not asleep, because he is already awake!

The truth is that, during the process of hypnosis and due to the subtraction of relaxation that is achieved, the subject could fall asleep, but this would be an absolutely conventional state and he could wake up by his own means without the help of the therapist.