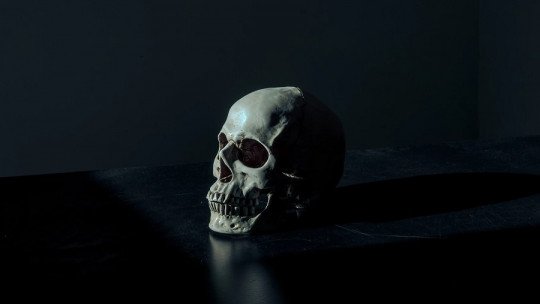 When we think of myths and legends, we usually imagine elaborate narratives that tell us the story or the emergence of different phenomena or elements of reality. However, we can also find among the narratives of different cultures examples of myths of terror , which deep down speak to us of the fears of the unknown and incomprehensible present in all of humanity.

In this article we will review ten myths and legends of terror from various backgrounds, some of which are very old while others are based on more recent historical moments and contexts.

A dozen myths of terror

Below we leave you with different myths and legends of terror more or less known, which come from various countries and cultures.

The story of the bogeyman, who takes the children away in a sack, is one of the best known myths in Spain. And yet, it turns out not to be so legendary but rather refers to an event that actually happened at the end of the 19th century.

During this time, different cases were observed of men who kidnapped and murdered children (in other cases also women) in order to extract their blood and lipids (the fats) to sell them or use them as a healing element, believing that these parts of the children contributed to cure conditions such as tuberculosis . A real example was that of Francisco Leona, who together with his accomplice and his client was sentenced to death after the murder of a child for these reasons.

One of the best known myths and legends of terror in Mexico, and which in fact has pre-Columbian origins, is that of La Llorona. The legend tells us that there was once a woman who, after marrying and having children, progressively saw a distancing and loss of interest in her by her husband.

One day, the woman found out that her husband was cheating on her and was going to leave her. Furious, she drowned her two children, but after doing so she realized what she had done and ended up taking her own life. Since then, her spirit has been wandering, screaming and crying as she searches for her children.

A Japanese myth of terror tells the story of Kuchisake-Onna, a vain woman married to a samurai whom she cheated on with other men. One day, the husband discovered the infidelities and in anger brutally cut off her face and mouth while asking her if she really considered herself beautiful. The wife died, and the repentant husband ended up committing suicide.

Since then the woman’s spirit has returned in the form of yokai, and she appears from time to time to cover her face with a surgical mask. The woman will seek out and stop in front of someone usually young (some versions say that she chases students and even children) to ask if she considers her beautiful. If she answers no, she will kill her victim.

If he answers yes, he will proceed to remove his mask to show his huge wound, repeating the same question. If the victim gets scared, screams or answers no, he will kill them. If he answers yes, the yokai will make the same wound, or follow him home to kill him. Trying to run away is useless, because the spirit will appear again.

4. The girl with the curve

One of the best known and most popular urban legends in many countries is the legend of the girl from the bend. It tells how a young girl died years ago in a traffic accident on a sharp bend in the road. Some time later, the spirit of the same young woman appears on the road hitchhiking and asking for a ride .

After getting into the car, the young woman remains silent until the driver approaches the bend where she died. It is then that the spirit tells the driver to be careful because she was killed in that curve, and once that is said, she disappears.

A well-known legend from the province of Galicia tells of the appearance of a procession of souls in distress that travels through Galician territory, the Santa Compaña. It tells us that at midnight the souls in Purgatory gather to go in procession, carrying candles, praying and singing funeral songs. It is said that they travel along the roads, forests and villages, passing by and visiting the houses of those who are going to die.

The apparition of the Holy Company usually announces to the person who sees it his or her future death , sometimes seeing how the dead carry a coffin with the body of the person who sees it. It can also be seen by some chosen ones who have been mistakenly anointed with the oils of the deceased during their baptism.

The procession is led by a subject still alive, who cannot look back at any time and carries a cross and holy water. This subject (who during the day will not remember his nightly walk) is destined to die in a short time, walking every night without rest and weakening and consuming himself until he dies and joins the procession or passes the cross to another victim. If someone crosses the procession, he can protect himself from it by drawing a circle and praying from inside it.

There is a Japanese legend that tells us about the spirit or yokai Aka Manto, a ghost that appears in public bathrooms and schools to give you a choice between two roles: one blue and one red. If the victim of this being chooses red, Aka-Manto will proceed to cut him with a knife until his clothes are stained red with blood.

If the color blue is chosen, the spirit will strangle the person to death, thus making his face and skin acquire the same blue coloring that it offered. Trying to say another colour still results in death , being the only possibility to survive indicating the being does not need any paper.

One of the best known legends or myths of terror from Venezuela is that of the Silbón. The story tells us how a young man killed and disemboweled his own father, after discovering that his father had raped (in other versions beaten) his wife. After discovering him, his family cursed and whipped him, and then rubbed him and peppered his wounds and threw him to the dogs. In time, he became a soul in sorrow, traveling with a sack containing the remains of his dead father.

This being is a harbinger of death, and is said to seek primarily to attack and kill womanizers and drunks. Its whistles sound distant when it is near and close when it is far away. There are several versions of this legend , in some of which the reason for the murder of the parent is to extract the viscera to eat when the father failed to hunt a deer.

A macabre Japanese legend tells the story of a young student who was bullied and fell on the train tracks after being frightened by her classmates, and was so lucky that she was cut in half. Since then this young woman, now an angry spirit, wanders around dragging her torso with her hands looking for her legs and attacking and killing.

9. The Legend of Pocong

This myth belongs to Indonesia, where traditionally the body of the dead is covered with white cloths and lace clothes that are tied over the head. According to local beliefs, the souls of the dead remain in their bodies for forty days after death. After that time the body must be unwrapped.

When this is not done, the spirit of the dead will return in the form of an apparition, since his shroud prevents him from leaving. This spirit floats or jumps in order to move, usually looking for the people around it . According to some legends these beings also feed on the blood of infants.

10. The Legend of Bloody Mary

The story of Bloody Mary is one of the classics of horror legends. The story tells us that little Mary Whales, who one day got sick and eventually died. The family buried the girl, installing a device typical of the time when a rope was attached to a bell in case the supposed dead person was not (since catalepsy was already known). The little girl woke up, her supposed death being a product of catalepsy, and rang the bell. However, nobody heard it.

When the family realized that the bell had fallen to the ground after multiple attempts and dug up the girl, they found her already dead, with her hands bloody after trying desperately to escape. But before she died, she put a curse on her : those who in front of a mirror say their name three times will die, before which the bell will be heard that nobody heard in her case.