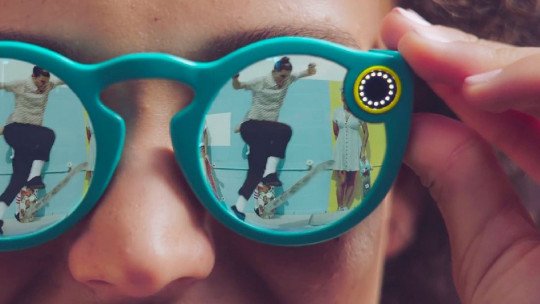 The development of new technologies not only serves to offer all sorts of whims related to our search for fun and new sensations; it can also help us enjoy more free time or, directly, improve our health.

Below you can see a selection of technological advances that in a matter of a few years could be a daily reality and fully integrated into our way of life.

In this list of technological projects you can find products in a state of experimentation or development that affect areas as different as health, domestic tasks or obtaining energy autonomously.

The world of 3D printing is offering the possibility of greatly reducing the production costs of a wide variety of products, but one of its most spectacular uses could be in the generation of houses made of one piece. Moreover, the process of “construction” can be completed in just one weekend .

Snap Inc, known for its famous Snapchat application, is already developing a kind of sunglasses that, at the touch of a button, allows you to record videos about what you see and send them to your smartphone wirelessly . For the moment, this product, called Spectacles, has been conceived as a kind of toy that can be combined with the use of social networks, but it can be a precedent for developing glasses capable of recording really long videos.

3. Bionic hands with sense of touch

Bionic prostheses for people with amputated hands already exist, but recently a new model has been developed which, once it has been passed through the operating theatre, allows the person who uses it to feel tactile stimuli . In addition, this model called Lifehand 2 incorporates the technological advances already presented by its predecessors, such as the possibility of articulating the fingers to be able to grasp objects.

In a few years, solar roofs could be a palpable reality in any town or city. However, it would be difficult to distinguish them from the traditional ones, since instead of having attractive solar panels incorporated, they would have roof tiles made of quartz and covered with photovoltaic cells, which means that their appearance could be very similar to those we can find in any house today. In this way, the entire roof can be a means of obtaining energy .

A portable breathalyzer, with a tattoo design and that we can use at any time before using the car. It works by analyzing the components of the sweat, and shows a very reliable result in only 8 minutes. This project funded by the National Institute of Biomedical Imaging and Bioengineering is a breakthrough in improving the chances of accident prevention .

One of the most interesting features of the drones is their ability to move quickly to virtually any location, regardless of whether there is a land-based access route. This advantage has already been successfully tested with ambulance drones capable of carrying basic equipment for cardiac arrest , such as a defibrillator.

Graphene is one of the great promises of the new technology sector, as it offers the possibility of developing long-lasting batteries that can be charged in a few minutes .

It is quite possible that in a few years we will be able to use clothes that clean themselves thanks to nanotechnology . For the time being, the Royal Melbourne Institute of Technology has already carried out tests that confirm the possibility of developing fabrics that, once placed in the sun or under the light of a light bulb, degrade the organic matter that forms the stains.

In a short time, people with advanced type 1 and 2 diabetes may have a useful ally to control their insulin levels without having to resort to punctures . These are synthetic patches containing beta cells, which are responsible for producing insulin.

Definitive results from human experiments are not yet available, but what is known about the therapeutic use of gold nanotubes is encouraging. This nanotechnology could be used to destroy tumours by acting on them in a localised manner and avoiding the side effects of radiotherapy and chemotherapy, which damage all types of cells.

In this case, the nanotubes can be placed in the area with cancer and, by applying light, make them hot enough to kill the cancer cells.