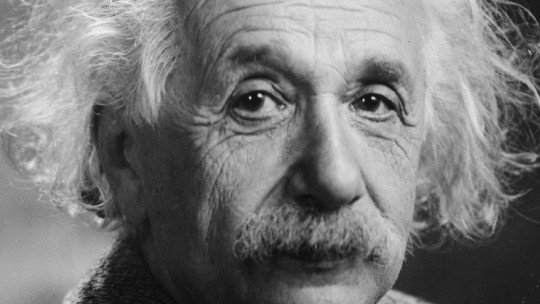 Since ancient times, human beings have sought an explanation for all the phenomena, situations and elements that are part of life. Science was born out of the search for an explanation of these phenomena and aspects, trying to bring together objective knowledge based on verifiable assumptions in such a way that other types of explanations of a more subjective nature were left behind.

Thanks to it, we have achieved advances that were unthinkable in other times, improving our understanding of the universe and ourselves and allowing us to reach a state of unprecedented well-being, extending our life expectancy and allowing us to flourish and develop. However, there are still many aspects that cannot be explained. Throughout this article we show 10 things that cannot be explained by science , at least for the time being.

Ten things that can be discussed or not explained by science

Here are a dozen things that cannot be fully explained by science today, or which, although considered proven, may be subject to debate.

1. The Truthfulness of Logic and Mathematics

Given that science is largely based on logical and mathematical assumptions, explaining and proving from it the veracity of mathematics is redundant and prevents a real falsification of the results . For example, we assume that if we add one plus one the result will always be two unless we introduce other elements. The fact that aspects as objective as mathematics are not totally reliable has been discussed by several theories, such as chaos theory.

How do we know that we are not the product of someone else’s dream, that there are other people besides oneself, or that our existence has not just begun at this very minute, our memories being something implanted from the outside? What happens after death or how did the universe appear?

Aspects such as these can be analysed in the light of reason and from science different more or less plausible theories can be discussed, but in spite of this they cannot be completely explained and demonstrated in an objective way as our perception is biased by our own subjectivity.

Morality has always been and will always be subjective. What one person considers good, bad, cruel, compassionate, romantic, disgusting, sensitive or harsh can be considered completely different by another or even the same person at a different time or in a different situation. The fact is that on a scientific level it is only possible to demonstrate concrete facts , the value judgments we make on them not being explainable by the scientific method.

Dark matter and dark energy are another aspect of reality that science is unable to explain. What exactly is each one of them and the reason for their existence remains a mystery to this day, although their existence is deduced from the behaviour of matter and it is possible to theorise about how they function (for example, the existence of dark energy is sustained by its supposed effect on the progressive expansion of the universe while that of dark matter is extrapolated from the study of the gravitational behaviour of the different celestial bodies).

5. Light: Particle or wave? Is its speed the maximum possible?

Light is one of the elements that have been most taken into account in various scientific theories and in the explanation of numerous phenomena. However, there are still many unknowns concerning this aspect. For example, it is still debated whether photons behave as particles or as waves , varying the answer to this question according to the observation made.

Also, Einstein’s theory of relativity sets the speed of light as the maximum possible. However, with the passage of time, the possibility of speeds greater than this, such as that of dark energy, has begun to be debated.

Although science has speculated since the beginning of time about where life comes from and has established various theories about how it is formed (and even allows the creation of life forms from inorganic material, at least at the cellular level), it is still not able to explain what makes certain particles establish relationships with each other or what makes an organism alive .

The existence of chance, coincidence, entropy and chaos is something that science is and has been aware of throughout its history. However, although one can work on trying to bring order to the universe the existence of such chaos has not been explained or understood.

Each and every one of us knows that we exist. We think, we feel, we believe, we do. We are. But what are we? Where does this self-awareness come from that makes us know something different from the rest of the environment? To this day it is still something unknown that science is unable to explain.

Black holes are still an enigma to science. Although it is known that they arise from the death of a red giant and that they absorb all the matter , radiation and even light around them, what happens with all the absorbed material or what happens inside the black hole remains a mystery. It is a phenomenon in which the laws of physics lose sense, assuming the existence of an alteration of space and time.

10. Science itself is scientific

Science is considered to be all human knowledge obtained in an objective and verifiable manner through experimentation. However, the different sciences start from assumptions that might not be demonstrable (or at least not yet) empirically, such as the existence of something totally objective or the presence of constant and invariable elements like the aforementioned mathematics. Therefore, it can be argued that science can be totally objective and, therefore, scientific.