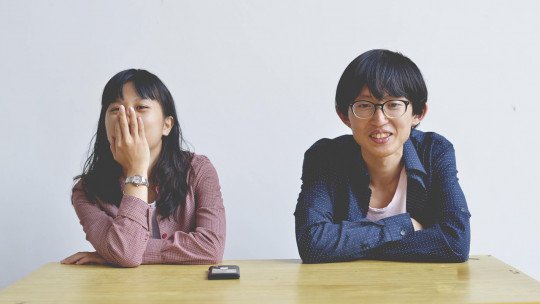 In relationships it is essential to lay the material foundations for this common life to develop: choosing a good flat, balancing work schedules, sharing responsibilities well, etc.

Toxic beliefs that can corrupt a relationship

However, it is no less true that for the relationship to be successful it is necessary, in addition to surrounding oneself with objects and habits that allow one to support the other, to develop a good understanding on a psychological level . Or what is the same, to discard all the toxic ideas and beliefs related to how life should be lived together, the role of each member of the couple and the intentions of the other person that move them to be with us.

Below I indicate some of these toxic beliefs , so that from self-reflection they can be recognized and questioned by those who may have them even without realizing it at first.

The belief that leads to jealousy issues. Understanding that the couple is part of oneself only serves to attack one’s individuality. Example: &quot;it’s ten o’clock at night and he hasn’t called me yet&quot;.

A relationship is somewhat two-way, but there are people who, when certain problems typical of life together appear, automatically blame the partner . This happens because it is usually easier to blame something on an element external to us than to look for aspects in our behaviour that could have triggered a conflict, or to reflect on whether everything is based on a simple misunderstanding. In this sense, beware of personalities that tend towards victimhood.

Sometimes a relationship can be confused with absolute knowledge of what the other person thinks. When we understand that our partner’s behaviour is basically very predictable, we will tend to attribute intentions to him or her in a more and more pilgrimage-like way , to the point of approaching paranoid thinking and constantly suspecting what he or she wants. Example: &quot;he wants to take the dog out for a walk to spend less time with me&quot;.

Like the previous one, but based on what the other person should know about us and in practice proves not to know. The belief that love confers a kind of telepathic power seems absurd, but it is not rare to find and from time to time it offers some stereotypical scenes full of reproaches of the style: &quot;I don’t know, you know&quot; or &quot;do what you want, you know my opinion&quot;.

5. The other person is better than us

6. I have to demonstrate things

This belief is closely related to the previous one. In short, it is the idea that the relationship has to be kept alive by fully planned actions in which we offer the best side of ourselves. This is something similar to an indefinite extension of the stage of pretending to make a good first impression, and which can last for years after we are married. This toxic belief is a direct attack on any sign of spontaneity in a couple’s life.

7. Belief in the superorganism

This can be summed up by believing that life as a couple is something like the culmination of a person’s life, a stage in which one loses one’s individuality and becomes part of a larger entity, just as a caterpillar would become a butterfly. The problem with this is that, on the one hand, favours isolation and distancing from family and friends , and on the other, this union with the other person does not cease to be fictitious, so that this idea does not correspond to reality.

8. My partner defines me

This belief can become toxic if taken literally , as it has the power to be self-fulfilling at the expense of our own identity. People who adopt an extreme version of this belief change their hobbies, their personality and even their way of talking depending on who they are dating. The negative consequences of this have to do with the loss of our ability to assert ourselves as people with their own criteria, but it also creates problems that are mainly on the social level, as people who know us may see this as a kind of fraud.

9. The need for drama

As it is sometimes understood that the relationship with the partner has to be more intense than our relationships with other people, this can also be extrapolated to the field of everyday conflicts. It is possible that there are real overdimensions , such as the fact that the gift that the couple has given us does not completely match our tastes.

This belief is based on the idea that the couple’s relationship is, in essence, a kind of license or indefinite contract . As long as the relationship is labelled “partnership”, the two parties involved (although usually only us) are entitled to do whatever they want, without having to take into consideration the agreed covenants and responsibilities.

Of course, the manner in which I have set out these beliefs here is caricatured, to show clearly the destructive implications of the lines of thought and hasty conclusions to which they may give rise.

In real life these ideas appear much more disguised, and almost always their existence has not even been noticed as basic and simple as they are. The task of discovering them and facing them can also be one of those challenges that can be undertaken jointly and that make life together more intense.