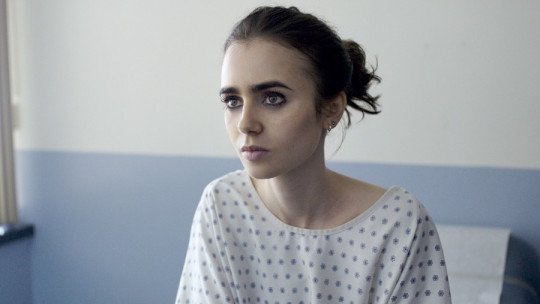 Cinema is an art and at the same time a tool that allows us to reflect and make visible many of society’s problems.

In the field of mental health, we see how many films have emerged in the cinema that deal with various themes, especially those related to mental suffering and the various existing mental disorders.

In this article we will review 11 movies about eating disorders , a group of very serious disorders that have made it to the big screen; two of them in particular have done so: anorexia and bulimia.

As a result of what we saw in the introduction, in the field of psychopathology, a group of disorders widely represented in the movies are eating disorders or eating behavior disorders (EDD).

It’s true that most movies about eating disorders depict anorexia and to a lesser extent bulimia, and few talk about other ACTs, such as binge eating disorder, for example. However, when we consider the incidence of anorexia and bulimia, this is not so strange, since, according to the DSM-5 (Statistical Manual of Mental Disorders) , up to 0.5% of the population has anorexia (90% are women), and between 1-3% have bulimia (again, 90% are women).

The severity of these disorders is very high, and so is their impact, so it is easy to understand why these eating disorders have made it to the big screen in many films.

Here you will find a selection of various films about eating disorders (from different periods).

Film directed by Katt Shea, which focuses on the eating disorder (ED) of bulimia . It stars the actress Alison Lohman, who plays Beth, the daughter of a child psychologist.

Her mother will soon notice how Alison is behaving in an increasingly demanding way. Things get complicated but the relationship between mother and daughter gets stronger as a result.

A classic directed by filmmaker Darren Aronofsky and starring Natalie Portman . In this film, the “central theme” is not eating disorders, but they do appear in the film, with the protagonist obsessing over perfection and even showing symptoms related to these disorders.

The protagonist wants to succeed in the world of ballet, and so she faces many obstacles, including herself. Moreover, she seeks at all costs the thinness that is so characteristic of professionals in this sector.

The film, a little older than the previous ones, tells the autobiographical story of the American actress Tracey Gold, who plays the role of Nancy . Nancy represents her own story and experience through an Obsessive-Compulsive Disorder (OCD) associated with her anorexia.

Through the film, which is hard, we see his suffering, as well as that of the people around him.

4. A Near-Perfect Daughter The Best Little Girl in the World (1981)

This is certainly one of the first films on eating disorders, specifically dealing with the subject of anorexia.

Its leading actress is Jennifer Jason Leigh, who lives all the typical symptoms of this very aggressive disorder : vomiting, obsession with intense physical exercise, obsession with staying “thin” and not gaining a single gram…

As a relevant fact of the film, there is also the doctor who takes his case, and who reflects on the great number of deaths associated with anorexia and on the weight of the catwalk models in the obsession for thinness.

A more recent film, which can be found on platforms such as Netflix, is “To the Bone”, one of the audiovisual works in which eating disorders become more important to the plot.

Starring Lily Collins, it relates the experience of a girl, Ellen, who suffers from severe anorexia . Ellen is admitted to a kind of centre where she will ask for help, and where she will be treated by an unconventional doctor.

The next film about eating disorders is “Fear of Eating”, although in this case it is more of a documentary . The film, which has received very good reviews, shows us the serious effects that anorexia has on the physical and psyche of four women of different ages (between fifteen and thirty).

These women are recovering from their disorders in central Florida. This film focuses not so much on ACT, but on its possible treatments and how they affect patients.

Through her we see how her protagonist, Vittorio, becomes obsessed with this type of woman. He falls in love with Sonia, who doesn’t have the ideal weight for him, and so she decides to lose weight, although this will start the nightmare.

Another great film in which eating disorders play a major role is “Innocence Interrupted”, starring Winona Ryder . The film focuses not only on eating disorders (both anorexia and bulimia), but also on a number of other disorders and/or symptoms that are common in adolescence.

As we can see, most movies about eating disorders deal with anorexia, neglecting other psychological disorders. “Being Fat Like Me,” on the other hand, deals with another OCD: binge eating disorder .

Starring Kaley Cuoco, who plays the role of Aly Schimdt, a beautiful, thin girl who enters a contest to win money, although the contest is aimed at overweight people. As a result, Aly is ridiculed.

Another film about eating disorders is “Hunger on the Edge. This time, it focuses on the support groups that are born on the Internet to help this type of patient , although, as we will see in the film, these can cause real harm if they are not carried out by qualified people.

This will be experienced by the film’s protagonist, Hannah, a dancer with anorexia that is worsening as a result of joining these chat groups that are highly damaging to her mental and physical health.

Mexican film directed by Simon Bross, which explains the life of a family with different eating disorders. It is a social criticism of the imposition of the widely accepted canons of beauty . In the plot, the mother is ashamed of her daughter’s overweight.