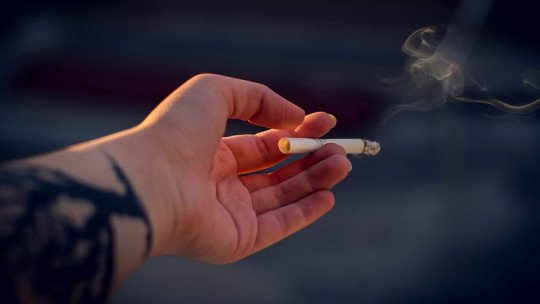 Tobacco is one of the most widely used psychoactive substances in the world. Along with alcohol, it is a legal substance that has traditionally been well regarded at the social level and can now be freely consumed in public.

But it is also addictive and has important health effects, including a decrease in life expectancy, a weakening of the cardiovascular system and an increased risk of respiratory diseases or even lung cancer.

That is why many smokers want to quit, and why there are major awareness and prevention campaigns. How to prevent smoking or, in the case of having been a smoker before, to prevent a relapse? Throughout this article we will mention 12 habits and tricks to prevent smoking.

Useful habits and tricks in the prevention of tobacco dependence

Dependence on tobacco, or rather on the nicotine it contains, is one of the most frequent problems linked to addiction and is often not seen as serious or excessively harmful. But over time, as the level of information available regarding its effects increases, there is growing concern and demand for preventive measures regarding tobacco use.

There are many preventive measures that we can employ, both at the institutional and personal level. Below we will see different measures that can be taken into account in order to avoid getting hooked or re-engaged in the consumption of tobacco and nicotine , regardless of our age and condition.

The first and most basic habit we can recommend is to get informed. Although there are multiple prevention campaigns, the truth is that many of them are often ignored and rejected. However, seeking true and reliable information from oneself can help us to take the data more seriously and the need to prevent consumption can arise. It is important that this information is true and that it comes from someone with a critical view of consumption.

Many people start smoking mainly by imitation or by identifying it as a mature or interesting fact, considering it as a symbol of rebellion and virility. This view of tobacco comes largely from advertising on television, at the cinema or as a legacy of the traditional view promoted by the industry.

In this sense it can be useful to carry out training in critical thinking, in which the person must form his or her own point of view and not just believe what is said or shown to him or her. It is a matter of seeking information that allows us to check our beliefs .

3. Do not promote contact with a habitual consumption environment

We have already indicated that one of the reasons for starting consumption is often to integrate into a group, especially in the case of adolescents. In this sense it can be useful to have some control over our environment and the places where we spend our time.

Obviously we are not talking about relating to others on the basis of whether or not they smoke, but rather of trying to avoid elements in the environment that facilitate consumption : trying not to frequent smoking areas or to do so in areas where tobacco cannot be consumed (for example in activities such as going to the cinema) for example.

4. Search for models or references

One of the causes of people starting to smoke is the existence of relevant or admired people who are smokers. One way to prevent smoking is precisely to use the opposite case: to be or to seek a reference that does not consume and that is admired by the person in question.

5. Listen to examples of ex-smokers

They can also serve as such people who in the past smoked but have now successfully quit and who talk openly about the problems that consumption has caused them throughout their lives and what it has meant for them to achieve such recovery .

One way of making us a little more reluctant to use tobacco has to do not so much with health as with money: smoking is not free and in fact it is becoming more and more expensive, so falling into it or getting back into it has an implication at the economic level that some may even consider it to be inconvenient.

7. Consider the advantages of non-consumption

Smoking prevention can benefit from addressing not only the negative aspects and problems that smoking can bring, but also from assessing positively the situation and the advantages of not smoking or of having stopped smoking.

Whether the person who is interested in smoking is you or an acquaintance, it can be helpful to set/be aware of certain limits and to state them clearly. This implies taking into account in which places one could or could not smoke (for example, not at home), something that nowadays and according to the current legislation is only possible in the public thoroughfare (and not in all) and in turn this idea can lead to making it difficult for the desire to consume to appear .

9. Evaluate the effect it has on those around you

Smoking not only has an impact on the smoker but also affects their environment by making them passive smokers if consumption takes place near them. This can be especially harmful to children, the elderly and people with a depressed immune system.

Many people, in fact, find in this point one of the reasons to change their consumption habits and try to stop it.

Many young people often start smoking because of social pressure from peers or friends or as a socializing activity, although some do not have a real desire to smoke per se. Training in an assertive behavior and response style can be very helpful in this regard: the person must learn to defend his or her position firmly but respecting the vision and feelings of the other . In this sense, there are different techniques that can be learned, such as the broken record or the fog bank.

Many people turn to tobacco because of the belief that nicotine allows the user to relax in anxious situations. This belief is partly the result of a misunderstanding (since nicotine is in fact an exciting, not a relaxing, substance) of the tolerance that smokers end up acquiring to the substance, which in turn creates a sense of tranquillity as the body is being given a substance without which it is not used to functioning.

It can be useful to avoid smoking and above all to prevent possible relapses by working on relaxation techniques. Techniques such as relaxation and Jacobson’s progressive muscle relaxation therapy can be of great help in combating moments of anxiety or resisting the temptation to consume.

12. Physical activity is your ally

Probably one of the habits that help most to avoid getting hooked on substances such as tobacco, one of the easiest protective factors to carry out and one that brings more benefits, is the regular practice of sport. Regular physical exercise provides a host of benefits such as improved mood, release of endorphins and reduced anxiety.