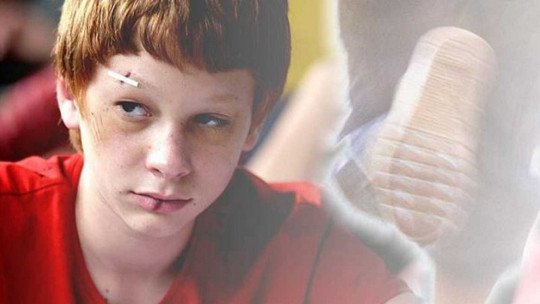 Bullying is a social scourge that a large number of children and adolescents still suffer in school today. This problem, although it has always existed, has not received much social visibility until relatively recently. However, this does not mean that there have not been previous studies or people who have tried to reflect the suffering and situation of young people who suffer from it. And not only in the field of research, but also in arts such as cinema.

Bullying is understood as any act or behaviour through which one or several people intentionally try to cause some kind of discomfort, pain or harm to another person , generating a relationship of inequality in which the aggressor has greater power or dominance over the relationship than the victim. This relationship occurs repeatedly and continuously over time, taking advantage of the little possibility of escape that a normal, closed context such as the school provides.

Such attacks may be carried out directly or indirectly and include acts such as physical assault, insults, humiliation, blackmail, threats, theft or public humiliation. Likewise, with technological progress, it has been possible to see how ICTs are also used in harassment, giving rise to cyberbullying.

The aggressions suffered by the aggrieved party can have dire consequences on their personal and social development. The experience of continuous harassment over time generates in most cases a decrease in self-concept and self-esteem , as well as in the perception of competence and self-efficacy. It is frequent that these minors feel insecure and ashamed of the situation or in some cases of themselves. They generally manifest a higher level of anxiety and often see their capacity for concentration, planning and tolerance to frustration reduced.

Socially, it has been found that it is common for them to have a sense of little social support and that their level of mistrust of new social and emotional relationships increases. In the long term, it is not uncommon for mood, anxiety, or even personality disorders to appear, as well as an increased likelihood of substance use and eating disorders. In fact, one of the most dramatic consequences is suicidal ideation, which in some cases is put into practice (this being one of the reasons why awareness of the problem began to increase)

Below are a number of films that deal with bullying from different perspectives. Some of them are largely realistic, but we can also observe the existence of some films that touch on the subject from different film genres, ranging from drama to science fiction or even horror. We warn that in the descriptions there are elements of the plot that can be considered SPOILER.

Taylor is a seventeen year old teenager to whom her brother writes a defamatory message on a social network, which generates a response in the form of harassment towards her. After a while, a boy adds the protagonist on the same social network where the post was made and they start chatting daily.

However, one day the alleged boy (which is actually a false profile) posts a message suggesting that they have slept together, something that will end up degenerating into a situation of continuous bullying towards Taylor both within the social network and at school, which will lead her to try to take her own life (something that a friend and her mother avoid). This reflects a painful reality: cases of bullying can end up taking their toll in the form of suicide.

Spanish film that reflects the life of Jordi, a young man who changes cities with his mother and who, when he starts attending classes, will start to suffer continuously from Nacho’s harassment. The film reflects the misunderstanding of the phenomenon of bullying, the concealment of the situation and the consequences and aggression that some people affected by bullying may suffer. Also allows to see the different roles and positions taken by the different agents involved .

Inspired by a real-life case, Ben X tells the story of a young man with Asperger’s syndrome who is frequently bullied, often harassed and sometimes forced to perform humiliating actions against his will. The young man takes refuge in a video game (ArchLord) as a method of escape, meeting a girl to whom he will tell that he is willing to “finish the game”, that is, commit suicide. Both remain and Ben is about to take his own life, but finally he ends up not doing it and devises a plan together with the girl and the participation of his parents to unmask his aggressors .
Unfortunately, the real case from which the film starts did end in suicide.

This film is not just about bullying, but rather about the use of information and communication technologies as a way to harm or take advantage of others. However, it has been put on this list because one of the four stories it tells us is that of Ben, a boy who suffers from bullying at school and who two classmates, pretending to be a teenager, manage to have a compromising photo taken which they later circulate around the school (although this fact ends up being beyond their control).

Ben suffers different situations of harassment and mockery until he tries to take his own life, ending up in a coma in a hospital after trying to hang himself. The film also offers us the vision of the two bullies and the discomfort they face in the face of how the situation has ended.

A film that tells the story of Gaby, a ginger boy who is continuously harassed by Guille, a classmate who does not hesitate to harass him because of the respect he gets from the rest of the class. Throughout the film we see how Gaby fears going to school, and how part of Guille’s behavior is based on the fear of being a disappointment to his father. The situation is prolonged in time and Gaby will decide to devise a plan to make her classmate stop bullying him.

“The Class” tells the story of Joseph, a high school student who is subjected to continuous abuse and aggression by his classmates. One of the aggressors, Kaspar, finally takes his side and tries to defend him. From then on, both are attacked and assaulted, even being forced to perform oral sex. However, they decide to take revenge with violence.

A horror film based on the novel by Stephen King, in which we see the theme of bullying mixed with science fiction and terror. Carrie is a teenager raised by an ultra-religious and abusive mother who in turn suffers from bullying in high school. The young woman has her first menstruation in high school, not knowing what it is due to a very conservative education and being terrified by it. The other girls make fun of her and humiliate her, even recording the event (in the 2013 version) and publishing it.

Bullying situations at home and at school happen, while Carrie is seen to have telekinetic powers. We also see how one of the girls feels guilty and asks her boyfriend to accompany Carrie to the prom (someone she is attracted to). When the day of the dance arrives, they both go, but some of the boys prepare a way to humiliate Carrie by emptying a bucket of pig’s blood on her. In the film we also see how the school tries to hide the harassment, and the behaviour and reactions of both the protagonist and the others involved.

In this film we see how Trevor, the main character, Trevor, is a teenager who receives as a social science job to give and implement an idea to change the world. The boy plans to work out a chain of favors in which each person does one favor for three others, and these in turn for three others. Something he will start trying to do in real life.

Although the film in question does not focus only on bullying, we do observe how Adam, one of the protagonist’s classmates, is constantly humiliated and tortured by some classmates and how the protagonist does nothing to avoid it because of fear. Until the end of the film, when he decides to intervene, with dramatic consequences.

Film that tells us about the life of an obese and illiterate teenager, who is hated by her mother because she had two children as a result of the rape carried out by her father (one of them having an intellectual disability) and who also suffers from different types of bullying due to her situation and illiteracy .

This film takes us to see the story of Chrissa, an eleven-year-old girl who begins to suffer from the harassment of several classmates. We also see the different steps taken by parents and institutions to try to solve the case .

Documentary that tells the story of a real case, in which two teenagers were subjected to cyber-bullying after being raped. It shows not only the story but also the role and opinion of parents , community, witnesses, classmates and even aggressors.