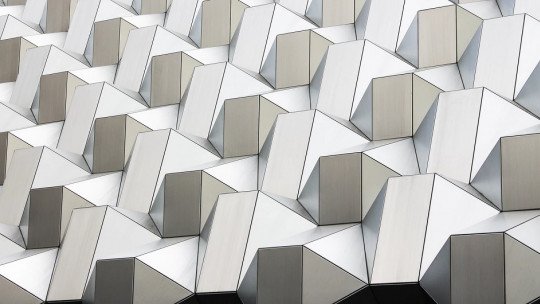 Riddles are a playful way of spending time, riddles that require the use of our intellectual capacity, our reasoning and our creativity in order to find their solution. And they can be based on many concepts, including such complex areas as mathematics. That is why in this article we will see a series of mathematical and logical riddles and their solutions .

A selection of math puzzles

This is a dozen mathematical puzzles of varying complexity, drawn from various documents such as the book Lewi’s Carroll Games and Puzzles and different web portals (including the Youtube channel on mathematics “Deriving”).

Although it is attributed to Einstein, the truth is that the authorship of this puzzle is not clear. The riddle, more about logic than mathematics itself, reads as follows:

” In one street there are five houses of different colours , each occupied by a person of a different nationality. The five owners have very different tastes: each one of them drinks a type of drink, smokes a certain brand of cigarette and each one has a different pet from the others. Taking into account the following clues:
The British live in the red house
The Swede has a pet dog
The Dane drinks tea
The Norwegian lives in the first house
The German smokes Prince
The green house is immediately to the left of the white one
The owner of the green house drinks coffee
The owner who smokes Pall Mall breeds birds
The owner of the yellow house smokes Dunhill
The man who lives in the center house drinks milk
The neighbor who smokes Blends lives next door to the one who has a cat
The man who has a horse lives next to the man who smokes Dunhill
The owner who smokes the Bluemaster drinks beer
The neighbor who smokes Blends lives next to the water drinker
The Norwegian lives next to the blue house

What neighbor lives with a pet fish in the house?

Simple riddle, he says “How can we make four nines result in a hundred?”

This puzzle requires some knowledge of geography. “A bear walks six miles south, six miles east, and six miles north, returning to the spot from which it departed. What color is the bear?”

“A man gets up at night and finds there’s no light in his room. He opens the glove box, in which there are ten black gloves and ten blue ones . How many should he take to make sure he gets a pair of the same colour?”

A seemingly simple riddle if you realize what it refers to.
“At what point will operation 11+3=2 be correct?”

We have a dozen visually identical coins , all of which weigh the same except one. We don’t know if it weighs more or less than the others. How will we find out which one it is with the help of a scale on at most three occasions?

8. The paradox of the rabbit

This is a complex and old problem, proposed in the book “The Elements of Geometrie of the most auncient Philosopher Euclides of Megara”. Supposing that the Earth is a sphere and that we pass a string through the equator, so that we surround it with it. If we lengthen the rope by one meter, so that it forms a circle around the Earth , could a rabbit pass through the gap between the Earth and the rope? This is one of the mathematical puzzles that requires good imagination.

The following mathematical puzzle was proposed by Lewis Carroll as a challenge to Helen Fielden in 1873, in one of the letters he sent her. In the original version it spoke of feet and not meters, but the one we are putting to you is an adaptation of this one. Pray the following:

A nobleman had a hall with a single window, square and 1m high by 1m wide. The nobleman had an eye problem, and the advantage was that it let in a lot of light.
He called a builder and asked him to alter the window so that only half of the light came in. But it had to remain square and the same dimensions of 1×1 meters. Neither could he use curtains or people or coloured glass or anything like that. How could the builder solve the problem?

Another riddle proposed by Lewis Carroll.

“On a simple pulley with no friction, a monkey is hung on one side and a weight on the other that perfectly balances the monkey. If the rope has neither weight nor friction , what happens if the monkey tries to climb the rope?”

The police are keeping a close eye on the lair of a gang of thieves , who have set up some kind of password to get in. They watch as one of them comes to the door and knocks. From the inside it is said 8 and the person answers 4, in response to which the door opens.

A riddle known to be employed in a Hong Kong school entrance exam and the tendency is that children often perform better than adults in solving it. It is based on guessing what number the occupied parking space is in a parking lot with six spaces . They follow this order: 16, 06, 68, 88, ? (the occupied space we have to guess) and 98.

If you’ve been left wondering what the answers are to these puzzles, here are the answers.

The answer to this problem can be found by making a table with the information we have and discarding it from the clues . The neighbor with a pet fish would be the German.

This puzzle requires some knowledge of geography. The only points where we would reach the point of origin are at the poles . In this way, we would be in front of a polar bear (white).

Being pessimistic and anticipating the worst case, the man should take half plus one to make sure he gets a pair of the same color. In this case, 11.

This riddle is very easily solved if we consider that we are talking about a moment. I mean, time. The statement is correct if we think about the hours : if we add three hours to eleven, it will be two.

To solve this problem we must use all three occasions carefully, rotating the coins. First we will distribute the coins into three groups of four. One of them will go on each arm of the scale and a third on the table. If the scale shows a balance, this means that the false coin with a different weight is not between them but between the coins on the table . Otherwise, it will be in one of the arms.

In any case, on the second occasion we will rotate the coins in groups of three (leaving one of the originals fixed in each position and rotating the rest). If there is a change in the inclination of the balance, the different coin is among the ones we have rotated.

If there’s no difference, it’s among the ones we haven’t moved. We remove the coins that are certainly not the fake, so that on the third attempt we will have three coins left. In this case it will be enough to weigh two coins, one on each arm of the scale and the other on the table. If there is balance, the false coin will be the one on the table , and if not, and based on the information extracted on the previous occasions, we can tell which one it is.

The answer is yes, as Euler proposed. To do so, you should take the following path (the numbers represent the movement in which you would be in that position).

8. The paradox of the rabbit

The answer to whether a rabbit would pass through the gap between the earth and the rope by extending the rope by one metre is yes. And it’s something we can calculate mathematically.
Assuming that the earth is a sphere with a radius of about 6,3000 km, r=63,000 km, even though the rope that surrounds it completely must be of considerable length, extending it by a single meter would generate a gap of about 16 cm . This would generate that a rabbit could pass comfortably through the gap between both elements .

To do this we have to think that the rope around it is going to measure 2πr cm in length originally. The length of the rope by lengthening it by one metre will be If we lengthen this length by one metre, we will have to calculate the distance that the rope has to be distanced, which will be 2π (r+extension necessary for it to be lengthened). Then we have to 1m= 2π (r+x)- 2πr. Doing the calculation and clearing the x, we obtain that the approximate result is 16 cm (15.915). That would be the gap between the Earth and the rope.

The solution to this puzzle is to make the window a rhombus . So, we would still have a 1*1 square window with no obstacles, but half the light would come through it.

The monkey would get to the pulley.

The answer to this question is simple. Only we have to look for the number of 0’s or circles in each number . For example, 8806 has six as we would count the zero and the circles that are part of the eights (two in each) and the six. Thus, the result of 2581= 2.

Appearances can be deceiving. Most people, and the cop who appears in the problem, would think that the answer the thieves ask for is half the figure they ask for. That is, 8/4=2 and 14/7=2, so you would only have to divide the number the thieves gave.

That’s why the agent answers 3 when asked about number 6. However, that’s not the right solution. That’s because what the thieves use as a password is not a numerical relation, but the number of letters of the number . In other words, eight has four letters and fourteen has seven. Thus, in order to enter, the agent would have had to say four, which are the letters of the number six.

To solve this problem we can find two possible solutions, being as we have said both valid. In order to complete it we must observe the existence of a relationship between the different operations of the puzzle. Although there are different ways to solve this problem, we’ll look at two of them below.