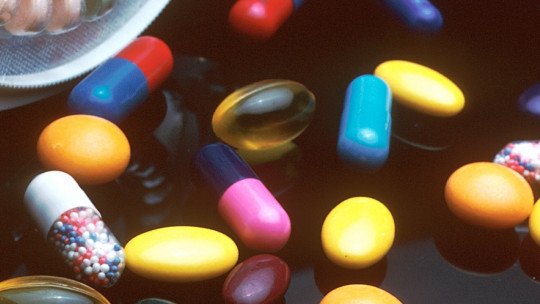 Drug use is often associated with the youngest or with people on the margins of society; however, psychoactive substances are used by people with very different profiles and of different ages.

Nowadays there are many types of drugs (which you can learn about in this article “Types of drugs: know their characteristics and effects”), and they produce different effects for our organism. But the consumption of these substances is not something recent, since there is knowledge that in ancestral times some psychoactive substances like peyote were already used. However, despite their traditional use, their effects are not always benign. In this article we will see the main consequences of drug use , and focus on the most popular substances.

Negative consequences of drug use

Drugs can have various pleasurable, exciting and even hallucinogenic effects, but their use also has serious consequences for the health of users and for their social functioning.

Below you can see some of the effects that the drug can have on regular users.

1. Neurochemical imbalances in the brain

A study conducted by Volkow in 2003 observed, thanks to neuroimaging studies, that with the consumption of drugs permanent neurochemical and functional changes are produced in the brain of addicts. The consumption of psychoactive substances causes the massive release of some neurotransmitters such as dopamine or serotonin, which both in the short term and in the long term usually have consequences at a cerebral level. At a functional level, problems can also occur due to the neurochemical imbalance that occurs, for example in reference to motivation, memory and cognitive control.

In addition, as a result of drug use, synapses are also altered. Studies suggest that, especially in the case of glutamate, the connections between neurons can be modified. There is also neuronal loss , widespread axonal damage, neurodegenerative problems, decreased glial fibrillary acid proteins and other consequences that directly affect the brain.

Mood disorders are common with drug use. Not only in the long term, but also in the short term, which means that a person can go from being relaxed to feeling irritated and aggressive very often.

This is especially noticeable in the hours after drug use or when craving has a more pronounced effect . In the long term, the personality of many people can be altered by the use of psychoactive substances.

Social problems can also occur when a person is a regular user of these substances, and may lose friendships and even work . The person who uses drugs may show a loss of interest in their hobbies and other favourite activities. Economic problems are also associated with drug-taking behaviour.

Addiction is one of the consequences of drug use, and it is what leads people to reuse these substances that cause an initially pleasant effect on the nervous system. Drugs significantly affect the brain’s reward system , which is involved in pleasurable behaviours (e.g. sex) and which the brain ensures is repeated due to its survival function.

In the case of hard drugs, this addiction can cause a person to do whatever they can to get the substance they want so badly – for example, to steal or have sex for money or a dose.

Cardiovascular problems are common with long-term use of the vast majority of drugs, as these substances alter the normal functioning of the heart . While some drugs cause a very high activity of this organ, others do the opposite. In both cases there is a variation in blood pressure. Drug abuse can lead to heart attacks, blood vessel infections and other cardiovascular problems.

Drug use in pregnant women has been associated with premature and underdeveloped babies , because the abuse of psychoactive substances deteriorates the health of both mother and child. Scientific studies show that drug abuse by the mother is related to withdrawal symptoms in the baby, birth defects, learning and behavioural problems, among other negative consequences.

Drug use can cause both acute and prolonged erectile dysfunction . This was verified by the Andalusian Institute of Sexology and Psychology. For their study, the researchers verified the consequences at the sexual level of 1,007 men, with the participation of 28 treatment centres for drug addicts distributed throughout Spain.

8. Weakening of the immune system

Studies show that most drugs weaken the immune system. Many drugs, such as opioids that work as painkillers, cannabis, etc., cause a series of negative reactions in the immune system, making users more susceptible to diseases and infections of all kinds . This can manifest itself in simple colds or more serious problems. Some studies suggest, for example, that cannabis use causes a greater susceptibility to cancer.

Behaviours associated with drug use can also cause other diseases, for example AIDS or Hepatitis in the case of injecting heroin, and lead to reckless behaviour that can cause other types of harmful consequences such as accidents.

Drug use causes a greater risk of suffering from respiratory diseases such as pneumonia . The side effects of some drugs include chest and lung pain or respiratory depression. In addition, the use of drugs such as tobacco or cocaine can cause serious lung health problems.

Drug abuse, as I have already said, causes users to stop engaging in activities that they previously enjoyed, as well as having problems at work such as poor performance on their tasks and even being abandoned or fired.

In the case of young people, school performance or dropout is a more than obvious manifestation of substance abuse. Likewise, there is a close relationship between antisocial disorder and the consumption of these substances as concluded by a study by Suelves and Sánchez-Turet.

Isolation can be a direct consequence of drug use. On the one hand, young people may become isolated from family or work, and in serious cases such as heroin use, the drug addict may become socially and even personally isolated, no longer concerned with physical appearance and hygiene. Users can live by and for the drug .

It is very common that people who use drugs often suffer from anxiety and sleep disorders . In fact, some individuals recognize that they are unable to go to bed without using marijuana once they get used to using this substance before falling asleep. Drugs such as ecstasy or cocaine can alter the quality of sleep, causing nighttime anxiety or nightmares.

Anxiety and insomnia problems are some of the psychological problems that drug users may experience. In other cases, they may also suffer from more serious disorders such as schizophrenia or paranoid disorder . Wernicke-Korsakoff syndrome, which is a brain disorder due to a lack of vitamin B1 (also called thiamine), is often associated with alcoholism.

Drug use is dangerous and can cause irreparable damage to the health of those who use these substances. There are many cases in which the doses consumed are excessive, causing serious problems for the person. In some cases the overdose can simply cause a bad time, by causing nausea, vomiting, headache and even hallucinations (depending on the type of psychoactive substance).

The symptoms of overdose I mentioned in the previous case are the least severe, but in other situations overdose can lead to hospitalization of the patient, coma and even death . The data from the Report on the Situation of Drug Addiction in Spain sent by the Government Delegation for the National Plan on Drugs to the Joint Congress-Senate Commission concludes that in Spain there are around 800 deaths per year due to overdose of illegal substances.