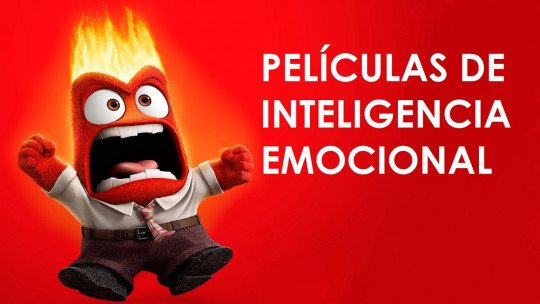 Have you ever wondered why there are actors who give off so much sympathy in a feature film? They are actors who know how to master their
emotions and pass them on.

The big screen offers us a collection of stories and tales where emotions play a major role . Relationships between people are complicated, and these films offer us practical tools to learn how to establish much better links.

Even if you can’t explain it, you know it’s true. Communication, the
body language or the tools of persuasion that some actors use in their characters have a great influence on our unconscious.

Below you will find a list of
15 films that will help you to better deepen the pillars of emotional intelligence and social skills.

Be sure to read this article:
“What is Emotional Intelligence?”

1. Looking for Eric | Need to ask for help

The protagonist of this film is a divorced postman who lives in the English city of Manchester. His life is not exactly rosy, and he is in the throes of a severe
Depression. His love of football and his bad habit of smoking marijuana cause the image of Eric Cantona , a famous retired footballer, to appear to him in a psychedelic trance. Together with Cantona, his situation will start to improve significantly, thanks to his advice and his complicity.

This film
portrays very well the changes that learning to ask for help , defending individual rights and communicating feelings correctly can bring about. Highly recommended.

When his father dies and his brother abdicates, Prince Albert becomes King George VI. However, the new monarch suffers from an annoying problem:
his stuttering has led him to develop a terrible phobia of public speaking . Through his visits to the speech therapist, he begins to prepare for one of the most important speeches for his nation: the declaration of war on Nazi Germany before a large crowd.

The
Speech of the King is a film that shows us the most relevant secrets when speaking in public, such as the synthesis of the message, the practice, the visualization exercise, etc.

Will Smith plays a
seduction coach specialized in getting successful men with problems to find their better half. A feature film with a quite adequate final moral: the best skill is the confidence to be oneself . Totally recommendable if you are a bit worried about your seduction skills.

4. Inside Out | Emotions… in general

The film is a Pixar feature film about the five basic emotions that all human beings have.
Sadness, joy, fear, disgust and anger are embodied by five tiny and most disparate characters, who are able to control the brain (and therefore emotions, feelings and behaviour) of little Riley, a young teenager who is facing an identity crisis, as she has just moved from the city with her parents and is facing a totally new life.

The film
explains in a very didactic way the influence of emotions in our daily life and will make you understand that the “toxic” emotions we try to suppress, such as fear or anger, have an adaptive role in nature. All, of course, with a great sense of humor.

The film Jerry Maguire offers us a very complete vision of marketing applied to a small business . Jerry (who is played by a very young Tom Cruise) is a sports representative who ends up losing all his customers because of a somewhat absurd fight … and is left with practically nothing.

From that moment on, Jerry’s life changes, and how. He will embark on a hard path to regain a good professional reputation, having to fight against a host of adversities, thanks to his ability to attract and communicate with the people around him.If you want to learn to communicate in a more empathic and
improve your social skills, Jerry Maguire is a movie you should see sooner rather than later.

In a week of projects that aims to teach the benefits of democracy,
a teacher who has to explain what a dictatorship is decides to carry out an experiment creating a military-inspired youth movement called “The Wave”.

At the beginning everything goes well, the students get very involved in the activity and learn how the world of politics works.But The Wave begins to make itself felt through acts of violence, all behind the back of the teacher, who ends up losing control of the situation.

A good social criticism where it is shown how a fascist and demagogic discourse can influence small groups and corrupt the emotional intelligence of people who are still building their identity.

7. The Method : Argumentation and Discourse

In a context of economic crisis,
a group of senior executives apply for a management position in a large multinational .

In the room you can feel the tension and the nerves. After a short time
realize that they have been locked in , and from there they will have to perform several collective elimination tests, focused on the argumentation by the participants.

A film that cruelly presents argumentation and wild competition through group dynamics. A demonstration that social skills are a double-edged sword and are not always used for good.

Wall-E was released in 2008 as a product of the Disney-Pixar animation factory. In the film, set in an apocalyptic future,
a cleaning robot is still active on Earth after the planet was abandoned by the excess garbage .

When she meets EVE, a state-of-the-art robot that has been sent to Earth to search for signs of life, she falls in love with it and follows it into a large spaceship where the remains of humanity survive.

The film hides a lot of morals: from the dangers of relying too much on technological automation to the problem of consumerism and waste management. However, one of its main interests lies in the fact that communication between the robots involved is only possible through body language and the emission of robotic sounds.
Wall-E will help you to go deeper into non-verbal communication through the microexpressions of its protagonists and the gestures they use to communicate among themselves.

A Beautiful Mind ( Una Mente Maravillosa in Spain) is an American dramatic film from 2001. The film tells the story of the first years of life of a young mathematical genius named John Nash (Rossell Crowe), who begins to develop a paranoid type of schizophrenia and to suffer from delusions, which brings problems to his social environment. Against Dr. Rosen’s advice, Nash decides not to take the medication again, believing that he can cope with the symptoms in another way. Finally, thanks to his efforts, he wins the Nobel Prize.

The film
shows in a masterly way how one can overcome the most adverse personal conditions , a true journey through the most introspective side of emotional intelligence.

Set during World War II, a Swedish consul meets Dietrich von Choltitz, the Nazi military governor of Paris, at the Hotel Meurice. The consul’s objective is to
to convince the general not to execute the order to exploit the most representative monuments of Paris .

A unique and unforgettable film:
Tim Robbins and Morgan Freeman are two inmates in a state prison. Even though Andy (Robbins) is innocent, sees his future reduced to living badly in a prison controlled by corrupt people .

With the help of another inmate, Red (Freeman), they will share moments of company in those terrible living conditions. Fortunately, Andy’s optimism will allow him to devise a way to escape from hell, based on an incredible dose of hope and a will to live.

The story of a man on the verge of suicide who decides to give himself another chance to meet Angela, a woman who will teach him to love himself again. This film by French director Luc Besson is a curious mix of comedy, romance and essay. Moreover, his scene where the protagonists are in front of the mirror has become a viral video on the internet.

13. The mechanics of the heart | Bonding

An animated film about Jack, a young man who instead of a heart has a cuckoo clock, which will keep running as long as he doesn’t fall in love. His life changes when he meets Miss Acacia, someone who will take him out of his comfort zone .

14. How to train your dragon : Friendship

In a Viking village, a teenager will manage to form a friendship with one of the creatures that pose the greatest danger to his people: a dragon. Both characters complement each other by exploring each other’s strengths .One of the best films for teaching emotional intelligence to children.

15. The Iron Giant | Building your own identity

A film that at the time went unnoticed but has become a cult film over time. It tells the story of the friendship between a young man and a giant robot, technically designed to destroy worlds, and how decisions can take us beyond the roles that others give us. One’s identity is constructed by oneself, but at the same time it is constructed through the way we choose to relate to the environment and those who live in it.

This list is a good example of how psychology can (and should) be expressed through the seventh art.
And what do you think? would you remove or add another film? Leave us your comment and follow us on social networks.