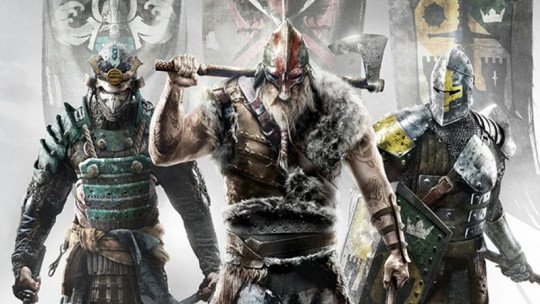 When you think about the civilization of the Vikings, maybe the last thing that comes to mind is poetry , storytelling and woodcarving.

Rather, you associate them with movies about ships and bloody expeditions, with images of horned hulls, sweater warriors, drakars, the mythological Valhalla Hall, the one-eyed God Odin, and men who died sword in hand and drank from skulls, raising their cups with their stout bodies. Today we have a collection of Viking proverbs.

The reality is different: the Viking civilization was formed by a legion of pirates who assaulted enemy ships and plundered, killed and spread their own law (and with it, the most absolute terror) along the European coasts. But their reputation, as historians show us, is not entirely deserved: they were not only ruthless warriors who bathed the ocean of blood and guts, but they were also very good traders, administrators and craftsmen of metal and wood, resources with which they produced valuable jewels and artifacts that have been preserved to this day.

Some of these Vikings were well known as storytellers in the north of the old continent and the Nordic sagas still attract the public today, eager to learn the stories and teachings of this civilization. And, needless to say, the Vikings did not wear helmets with horns: as you might expect, no Viking in his right mind would want to look like a cow or a bull.

In today’s collection we have selected a good number of proverbs, phrases and sayings attributed to the Vikings, so that you can get to know their philosophy of life in a few lines. Shall we start?

A phrase that honors the conquering spirit of this civilization.

2. “If you eat cherries with the powerful you risk having the bones raining down on your nose.”

A reflection on power and dangerous friendships.

3. “A man honors his friend with affection, he answers gift by gift. To laughter he responds with laughter and to trickery with trickery.”

As you do, so you receive. There’s no more.

4. “There is no better baggage to carry than sanity and a clear mind. In far-off lands it’s more useful than gold and gets the poor out of trouble.”

Clear ideas can take you very far in life.

5. “Live with illusion while you are alive, the agile one always comes out ahead. I saw the flames of a mansion, but at the door lay a dead man.”

Vital energy is one of the great virtues we can learn from the Viking civilization.

6. “The population was frightened of the Vikings because of their ferocity and cruelty.”

This is more of a historiographical quote that shows us the fear that the Vikings aroused in the neighboring towns.

7. “If you manage to find a loyal friend and you want him to be useful to you, open your heart to him, send him gifts and travel often to see him.

Believe it or not, friendship and comradeship were also values praised by these northern Europeans.

8. “He who always speaks and never shuts up says many foolish things. A light tongue causes trouble and often belittles man.”

No flies enter the mouth when it’s closed. If you want to be respected, don’t talk without a clear direction.

9. “A man without friends is like a naked birch tree, without leaves or bark, alone on a bare hill.”

Another reflection that shows the importance they attached to friendship and loyalty.

10. “A guest must leave on time and not abuse his welcome; even a friend becomes annoyed if he stays too long.”

The good things, if brief, are twice as good. A maxim that was also applied by the North Europeans.

A phrase that is a vaccine against prejudice and preconceived ideas.

12. “Who knows how many enemies you have around the table!”

Prudence, above all. Those who smile now may later be your most fearsome enemies.

Thank you very much for listening to this series of Viking Proverbs and we hope you enjoyed it.

A phrase that reflects a clear philosophy of life.

15. “The best burden a man can carry is too much sense; the worst, too much drink.”

A phrase with a touch of humor and irony.

A simple Viking proverb about, precisely, the simplicity with which according to this perspective we should humbly use certain resources.

17. “A coward thinks he will live forever if he avoids his enemies; but no man escapes old age, even if he survives the spears.”

A reflection on the inevitability of old age and the loss of certain cherished faculties.

18. “Outside your home, don’t stray an inch from your guns.”

A phrase that reflects the warlike character of this people.

19. “Neither poverty compels anyone to steal nor wealth prevents it.”

A reflection of moral character on the conditions of life and the choices we make.

20. “A man of respect must be reserved, thoughtful and courageous in battle.”

This proverb clearly expresses the ideal of the Viking man.