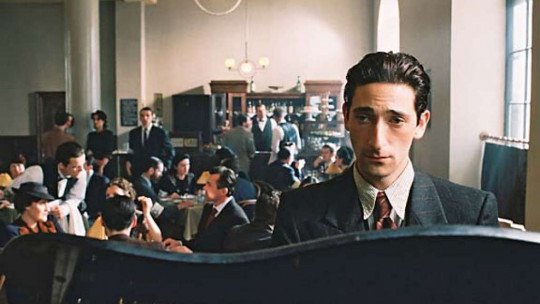 The cinema is also capable of touching our emotional fibre through sad and melancholy films.

Using them to reflect, or simply to bring out feelings that need to be expressed, is as healthy as it is stimulating.

The best sad and moving films

Below you can find a selection of moving films that explore various situations where dignity and resilience to difficult moments in life emerge.

1. Dancing in the dark

In this film the artist Björk plays an emigrant from Eastern Europe who, during the 1960s , goes to live in the United States with her son. There, she tries to stay positive by imagining that her misfortunes, related to the lack of resources, illness and difficulties in raising her child, are part of musicals in which she plays the leading role.

One of the great classics of cinema that is, at the same time, one of the saddest films ever made . It tells the story of Antonio, a worker who lives with his family in miserable conditions in post-war Italy. A precarious job pasting posters serves him to be able to improve somewhat the living conditions of his home after he finds himself, but that changes when on his first day his bicycle is stolen, which is essential to keep his job. At that moment, Antonio and his son start a search with the intention of recovering it.

Two brothers go to the Middle East to investigate their family roots and complete their mother’s last wishes. In Lebanon , they will find traces of a past that was engulfed in the war between religions but also in a series of secrets.

This film is about the life of a young woman who, in order to escape the misery that prevailed in her city with the disappearance of the Soviet Union, tries to start a new life in Sweden. This journey will bring her into contact with white slavery and drug addiction .

One of Steven Spielberg’s most famous films is the tragic Schindler’s List , set during the Second World War. It tells the story of a man who, by gaining the trust of the Nazis, manages to save the lives of a group of Jews by turning his factory into a refuge.

A melancholy and moving film . The story is about a couple preparing to celebrate their 45th wedding anniversary. However, in this transit there is a news item that changes everything: the husband’s first love, something that is already far away in time, has turned up frozen to death in the Swiss Alps.

In this moving and sad film, Sean Penn plays a man with an intellectual disability who struggles to maintain custody of his daughter . His lawyer, played by Michelle Pfeiffer, will defend his case at the beginning with strict professionalism and maintaining a clear distance, but this changes as he sees the determination with which his client tries to avoid being separated from his daughter.

A married couple entering retirement age are preparing to enjoy the moments of rest and intimacy that their new life offers. However, these perspectives change when the wife begins to experience the first symptoms of Alzheimer’s disease .

Animation cinema is also capable of offering very sad films, and The Firefly’s Tomb is the paradigmatic example of this. It is about the life of a young Japanese man who, during the Second World War , does not manage to reach the shelter where his mother is waiting for him while a bombing falls. With his little sister he will try to survive in a region where food is scarce.

A tribute both to the old cinema and to life in an Italy where everyone in the neighbourhood meets and gets together to watch films. The protagonist evokes memories of his childhood, when he helped the cinema operator to handle the tapes of the screening .

Tobey Maguire plays a young man who, after his time at the orphanage, decides to leave it to see the world.

Another of the great classics of cinema, directed by Roman Polanski and starring Adrien Brody, who plays a Jew trying to live with dignity in Nazi-occupied Poland. A must-see.

Interestingly, the last film in a saga focused on children is also , one of the saddest films about growth and the passage to adolescence (although it still has a positive message).

One of the films most reminiscent of the actor Robin Williams, who plays a teacher who changes the lives of his students through poetry.

Sean Penn plays a man awaiting execution who, over the course of a week before he is to be killed by lethal injection, talks to a nun (Susan Sarandon) who will try to bring the young man to peace in his final moments.

Kevin Spacey plays a father who is going through a major life crisis, experiencing monotony in both his marriage and his work life. The fact that he begins to feel a strong attraction to his daughter’s friend shakes his life.

One of the saddest films ever made in the UK , Atonement talks about the stormy relationship between a young woman and the man her sister is attracted to.

American remake of the Japanese film that talks about the famous dog that went every day to a train station to wait for its caretaker.

19. The Bridges of Madison

A well-known film worth revisiting from time to time. One of the few love stories starring middle-aged people.

A film set in the Rwandan civil war. A hotel manager decides to use the place where he works to shelter both his Hutu family and several Tutsi neighbours. Based on a true story.

The story of a woman in her 50s who is diagnosed with Alzheimer’s. At that moment she begins her struggle to manage this situation, with a routine of questions that she must ask herself every day, and combine it with the changes she must make in her relationship with her children.

A well-known film about the death penalty, forgiveness and acceptance, with some of the most moving scenes in cinema.

A film that mixes large doses of fantasy with a dramatic tone towards the end.

This film shows the life of a man with an extremely disfigured head who tries to live with dignity in 19th century London.

Several stories that intertwine to form a melting pot of examples of honesty, self-improvement and forgiveness.