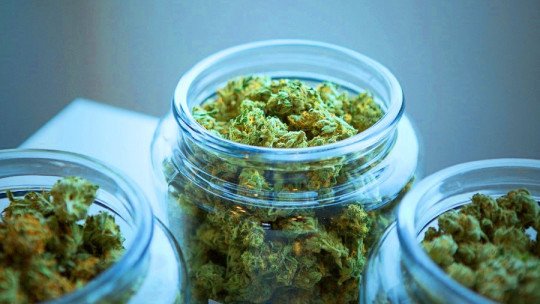 When we talk about the positive effects of drugs on health, we often find a debate between those who defend their use and those who do not.

Especially, when we talk about substances that have a recreational purpose, such as marijuana .

Research on the effects of marijuana

In the last years many studies have been made about this drug, and some claim that it has benefits for our organism . Those who defend this argument explain that this substance should be taken into account for the beneficial effects of its use as a medicine.

There is certainly a profound moral debate about the legalization of cannabis, however, it is clear that it may be good for some people. But… Watch out, it also has negative consequences! In this article we will address this issue: we will review the scientifically proven benefits of marijuana and talk about some negative consequences of its use.

Not everything that is said is true

On issues like the one we are going to discuss, where there are so many people who use this substance, it is normal that public opinion takes a stand in favour of the standardised use of marijuana. To give an example, if you are a regular user of cannabis, logically you will defend its use and consumption, because it is a substance that you find pleasant and with which you enjoy and spend your free time.

This means that we often hear opinions that have no scientific backing whatsoever and it makes a lot of misleading information circulate on the net. That’s why the benefits we’re going to tell below are the result of some research.

The benefits of cannabis according to science

More and more countries are legalizing the use of this drug. Smoking a joint (also called colloquially mai or peta ) is legally possible in 16 countries. A large part of the reasons for the consumption of this substance is its therapeutic and medicinal use .

That’s why the US National Academy of Science, Engineering and Medicine has conducted a review of over 10,000 research studies to find out what the medical benefits of cannabis really are. The results have been presented in a 400-page report.

This paper classifies the benefits of cannabis from these studies into different categories: conclusive evidence, moderate evidence and limited or no evidence. The most conclusive results state that marijuana is effective for the treatment of chronic pain , the reduction of nausea after chemotherapy and the reduction of the symptoms of multiple sclerosis.

The findings, therefore, seem to indicate that marijuana is effective for the treatment of pain. Especially in the case of chronic pain, opioid narcotics such as codeine, morphine, oxycodone and methadone are often used, which are highly addictive and patients may develop tolerance to their effects.

Although non-addictive synthetic painkillers (e.g. paracetamol) exist, ‘they are not strong enough to relieve this type of pain, and some of these drugs pose a serious risk of liver damage in excessive doses.

It seems that smoking marijuana can completely eliminate the need for the most harmful drugs such as opiate narcotics.

Other benefits of marijuana

In addition to these benefits, it seems that using marijuana also helps:

The secret is in the active ingredient

Although there are many organizations that support the standardization of cannabis use, it should be noted that the potential positive effects of this compound do not imply any specific policy measures or that the use of the plant in any form is desirable . In terms of clinical and pharmacological intervention, research on the therapeutic potential of marijuana serves to discover the active ingredient that is useful for certain patients and, thus, to be able to isolate it and use it in the form of a conventional drug, so that the concentration and dose can be controlled.

That means that the fact that marijuana can be very useful in extracting substances from it to treat sick people does not make its use by smoke inhalation a desirable practice. This habit has several significant effects comparable to those of alcohol, many of which are likely to leave irreversible consequences if the substance is abused.

There seems, therefore, to be great therapeutic benefits in the use of marijuana. However, marijuana also has a number of harmful effects on the body, especially when smoked and used frequently.

In the case of smoking, the consequences among the harmful consequences we can find that it worsens respiratory problems, and can trigger problems just as serious as tobacco, with which it is usually combined for recreational use. Marijuana can cause temporary sterility in men and alter a woman’s menstrual cycle.

This drug can not only have physical health consequences, but it can also cause abnormalities of the brain , especially with long-term use. Neural changes can affect memory, attention and learning ability.