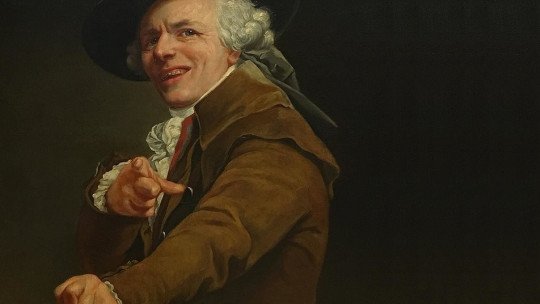 A sense of humour is something very characteristic and difficult to define , despite the fact that we all possess it to a greater or lesser extent. Having it implies being able to observe the comic side of the events of our daily lives, sometimes with unclear limits between comedy and seriousness or even tragedy (sometimes even from a point of view that is offensive or even macabre for some) or referring to ridiculous aspects of reality. It makes it easier to relax, to put things in perspective and even allows for a greater capacity for resilience or resistance to the stressful and traumatic events of our daily lives.

In the following lines you will find a selection of funny phrases which, as well as showing the different ways in which humour is expressed, allow us to smile a little (even if it’s just a little bit sly).

A selection of funny phrases

Here is a small collection of funny phrases to pass the time, some of which can even be considered small jokes, collected from different media and sources. Also, many of them are or have been invented or used by great figures of historical relevance and / or the world of comedy.

1. Don’t take life too seriously. You won’t get out of it alive (Elbert Hubbard)

Funny phrase that reminds us of the need to enjoy things instead of worrying so much about them.

2. A clear conscience is a sign of poor memory (Steven Wright)

Nobody’s perfect. We all have something to be ashamed of.

3. I like long walks, especially when they are taken by annoying people (Fred Allen)

Feeling harassed by someone we can’t stand is especially frustrating.

4. I think I’ve found the missing link between animal and civilized man. It’s us (Konrad Lorenz)

This famous author lets us see that we really are not as civilized as we think .

5. Everything is fun, as long as it happens to someone else (Will Rogers)

Many people tend to laugh when a friend or colleague has a funny fall. But it’s not so funny for the person who has it.

6. Always remember that you are unique. Absolutely the same as everyone else (Margaret Mead)

In our eagerness to be unique and unrepeatable we often forget that others are also unique and that deep down we are more alike than we think.

7. I’m sure the universe is full of intelligent life. It has simply been too intelligent to come here (Arthur C. Clark)

The author makes fun of human stupidity in general in this sentence.

8. There are only two infinite things: the universe and human stupidity. And I’m not so sure about the first one (Albert Einstein)

I cannot mention the infinity of our own stupidity without mentioning this phrase from Einstein.

9. An expert is someone who explains something simple in a confusing way that makes you think that the confusion is your fault (William Castle)

A phrase that makes fun of one’s own stupidity and the stubbornness of not accepting it.

The double entendre was a great resource employed by this famous comedian.

12. An archaeologist is the best husband a woman could have. The older she gets, the more interested he is in her. (Agatha Christie)

A comment that makes fun of the concern about age, which is more marked in women due to gender stereotypes.

13. Working is not bad, the bad thing is having to work (Don Ramón)

Phrase from the Chavo del 8 in which we are reminded in a comical way of the lack of desire to fulfill obligations.

14. Age is not important, unless you are a cheese (Luis Buñuel)

We attach too much importance to age for everything, when in fact it means almost nothing unless it is accompanied by experience.

15. If only God would give me a clear sign! How to make a large deposit in my name in a Swiss bank (Woody Allen)

A comical phrase that refers to the desire to make a fortune without making an effort.

16. A celebrity is a person who works all his life to be known, so he puts on dark glasses to avoid being recognized (Fred Allen)

Criticism of the search and/or desire for fame on the part of the population, when most celebrities end up getting tired of their multiple disadvantages.

17. I hate housework! You make the beds, you clean the dishes, and six months later you have to start all over again (Joan Rivers)

A phrase that makes fun of one’s own laziness when doing housework.

18. I usually cook with wine, sometimes even adding it to the food (W.C. Fields)

Small mockery or criticism with a satirical tone regarding the consumption of excessive alcohol.

19. Money doesn’t make you happy, but it makes you feel so similar that you need a very advanced specialist to check the difference (Woody Allen)

A cynical phrase that shows that although perhaps not happiness, a good economy allows us access to a great amount of goods, services and possibilities that most of us desire.

20. My wife and I were happy for 20 years. Then we met (Rodney Dangerfield)

A sentence that jokes about relationships and the monotony that can be established in them.

21. Life is hard. After all, it kills you (Katherine Hepburn)

Phrase that refers to death being part of life.

22. When life gives you lemons, throw them into someone’s eyes (Cathy Guisewite)

The author of the phrase pushes us not to fall into discouragement.

23. There are probably many reasons for divorce, but the main one is and will be the wedding (Jerry Lewis)

This actor makes use of logic to find the main cause of the possible existence of divorces: the need to be married in order to do so.

24. Of course you must get married. If you get a good wife, you’ll become someone happy. If you get a bad one, you will become a philosopher (Socrates)

A curious sentence due to the fact that the person who said it is one of the greatest philosophers in history . Socrates made fun of himself and of the bad relationship with his wife.

25. If you could kick the ass of the person responsible for most of your problems, you couldn’t sit down for a month (Theodore Roosevelt)

Roosevelt joked about the need to take responsibility for one’s own problems and not blame others for one’s mistakes.

26. Never put off until tomorrow what you can do the day after tomorrow (Mark Twain)

Phrase that invites us to procrastinate.

27. My idea of a nice person is a person who agrees with me (Benjamin Disraeli)

In this sentence we see how we generally consider more acceptable and closer to those people who agree with our opinions.

28. I would like to take you seriously, but to do so would offend your intelligence (George Bernard Shaw)

The author mocks his interlocutor with this phrase, making it seem as if he is acting seriously, he would be being unintelligent.

Joke that refers to traditional gender roles and topics .

30. You never forget a face, but in your case I’ll be happy to make an exception (Groucho Marx)

A somewhat sarcastic phrase that makes clear the lack of appreciation and desire to see someone else again.

31. Laugh and the world will laugh with you, snore and you will sleep alone (Anthony Burgess)

A phrase that jokes with the annoyance that snoring is for most people.

32. I find television very educational. Every time someone turns it on, I retire to another room and read a book (Groucho Marx)

Mockery and criticism of the world of television .

33. Sex is like mus: if you don’t have a good partner… you better have a good hand (Woody Allen)

Phrase that refers to onanism as a way of self-satisfaction in the absence of satisfactory sexual relations.

This important author jokes in this sentence with presumptuousness that implies pretending to know everything.

This writer reflected that if love disappears it is mainly because of disillusionment or the appearance of other people, not just because of a mere fading.

36. Santa Claus had the right idea: he visits people once a year (Victor Borge)

A phrase that makes fun of the obligatory experience of visiting the surroundings, even if you don’t really want to.

37. To be young again I would do anything in the world except exercise, get up early, or be respectable (Oscar Wilde)

This sentence expresses the little desire to strive to achieve what we would like.

38. My plastic plants died because I didn’t water them (Mitch Hedberg)

Criticism of the excessive need for appearance in today’s society.

39. I went on a diet, swore I would never drink or overeat again, and in fourteen days I had lost two weeks (Joe E. Lewis)

Phrase that jokes with the lack of willingness to follow diets or get in shape.

40. I work out a lot. Look, just yesterday I had breakfast in bed (Oscar Wilde)

Phrase referring to the difficulty and laziness of exercising when you are not used to it.