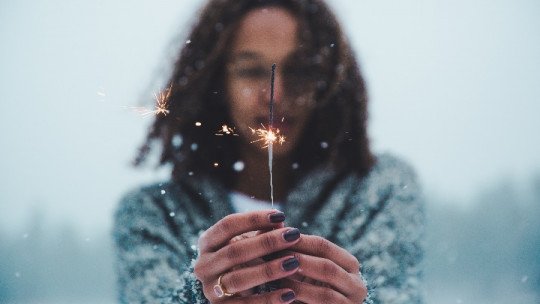 People have the capacity to reflect and are curious, so we are often questioning things about our environment or our person.

Below you can find a list of rare questions that will be difficult to answer.

1. Why did all the kamikaze pilots wear protective helmets, if they knew they were going on a suicide mission?

Funny question. But it doesn’t make much sense for a driver to wear a helmet when his goal is to blow himself up.

2. How far do people who don’t have hair wash their faces?

It’s hard to tell where the boundary between the face and the scalp is when there is no hair to tell the difference.

Language, sometimes, has these kinds of curiosities that do not need to be explained.

4. Why is it impossible to sneeze with your eyes open?

A curiosity that surely has its answer in that when you press on the nose, the eyes close as a result of the force.

5. Why is there no cat food that tastes like a mouse?

Few people have ever asked themselves this question. But what does time taste like?

6. Why do we turn down the radio when we are looking for a parking space? Are we going to find it better?

It actually promotes concentration and therefore we can park better, without distractions.

Why is it that in scary movies there is always a door from which light comes out? What do the spirits do there? Are they making photocopies?

Surely, because the afterlife is illuminated.

8. Why doesn’t anyone want to pay the piper?

An expression whose origin is uncertain. However, it could come from the relationship between the Jewish and Christian people of the 16th and 17th centuries. The former claimed to have a covenant with God, while the latter claimed that one day they would “pay the price”.

9. Why is the chest of drawers called that, if the bed is much more comfortable?

10. Why are the muffin packs six units and the sausage packs five?

Funny. But it would be ideal if the packages coicidiesen, because it would be better for lovers of hot dogs.

11. Why is it that when you buy a flat you don’t get the marble that the other neighbours have and that they roll around in the night?

12. Why is our planet called Earth if there is a lot of water?

Apparently, the ground we walk on is called earth.

A play on words that doesn’t make much sense.

14. Why does the amazing Hulk tear all his clothes but his pants?

Because he’s a science fiction character, not a real one.

15. Why do we push the buttons on the remote control harder when the batteries are low?

It’s probably an instinctive act of frustration at not being able to change channels.

16. Why do we open our mouths every time we look at the ceiling?

The reason may be that the neck muscles are tightening.

17. Why do we raise our shoulders when it rains? Do we get less wet?

It’s a reflex reaction to the feeling of being wet.

Because language has these curiosities. There’s no explanation for it.

19. Why do we find it so luxurious to eat breakfast in bed, with how uncomfortable it is?

For the fact that they bring us breakfast and we don’t even have to get out of bed to make it.

It is an expression that refers to our thinking too much.

An interesting thought. But we work to survive in this money-driven society.

22. Why is the rope never found after a storm?

Another classic expression, which does not refer to the literal sense. There are no ropes to hold up the storm.

23. If jail and prison are synonymous, why are not jailer and prisoner?

There’s no reason why they should be synonymous. Both roles originate in a prison.

24. The average Spaniard loses about three socks a year. If we multiply them by the entire Spanish population, that makes a total of about 120 million lost socks. Where are those 120 million socks?

Something that invites the reader to reflect. Besides, do these socks pollute?

25. Why can you find anything but gloves in the glove compartment of your car?

Because, when the first cars were built, the boiler was located in that area. So you had to touch that area with gloves.

26. Why do most of us look at the handkerchief after blowing our nose?

It’s funny. A lot of people find it disgusting and yet they watch.

Maybe because it covers the inside of the boat.

28. What color will a chameleon be looking in the mirror?

It’ll still be the same color. A strange but curious question.

29. Why are needles sterilized for lethal injections?

For protocol reasons. Obviously, it makes little sense considering that the goal is to end the person’s life.

30. The world is round and they call it a planet. If it were flat, would we call it round?

Well, it is not possible to answer this question, because the world is not flat.

31. Why do we call drink ‘drink’ even before we drink it?

Because they don’t have to do with the temporal moment.

32. If it turns out that a lawyer goes crazy, does he lose the trial?

An odd question and, besides, quite absurd. Clearly not.

33. Why do cupcakes get hard and cookies get soft?

Because nature has these things.

34. Why is sliced bread square, if choped, salami, bologna and chorizo are round? Is it because of the tranchetes?

If we want to make sandwiches with the sausage, it would be ideal if they had the same shape.

35. Why are phones mobile and laptops?

Both devices are mobile and portable.

36. Why are the planes not made of the same material as the black box?

Because they’d weigh too much to keep flying.

An odd question that may lead some people to doubt.

38. Why is Goofy able to walk on his two feet and Pluto goes on all fours? Aren’t they both dogs?

It’s funny, but that’s how cartoons are.

Cats only have one life, so the question is absurd.

40. Why do they usually close the toilets in the service stations? Are they afraid that someone will come in to clean them?

The reason is so that only customers at the service station can use it.

41. Can God create a rock that he himself is unable to raise?

A question with an intriguing philosophical content about the hypothetical omnipotence of God.

42. Where is the mind located?

The mind is a very important concept to which we resort many times, but it is paradoxical that we are not even able to attribute a space to it. The trick is, according to several philosophers, that the mind is not something material with concrete limits, but a process.

43. Are the birds reptiles?

On the one hand, we know that reptiles have scales, and on the other hand, we know that birds have emerged from the evolutionary branch of dinosaurs. This is why most biologists don’t consider the category of reptiles as one that is valid when it comes to talking about the taxonomy of species, that is, the way in which they can be scientifically classified.

44. Why do we sometimes feel observed?

Sometimes, we notice someone looking at us, even without seeing that person. Why does this happen?

We know that they are very intelligent animals, but at the same time they lead very different lives from ours.

46. Is reality a simulation?

Technically, we cannot know if what surrounds us is real or not, since a perfect simulation would be able to recreate all kinds of situations making them plausible.