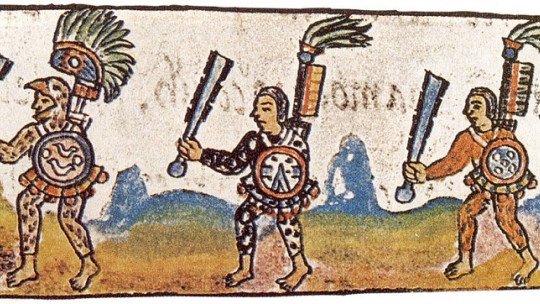 They say that to understand the present we must know the past, that there lies the importance of history in our lives. Each country offers, besides its culture and its people, a legacy of facts that, besides being interesting, let us see the origins of its identity.

Here we will take a look at the most representative historical events of Mexico that marked the course of its history and its place in the world.

The 5 most relevant historical facts of Mexico

From the first century A.D. to the last decades, the events that have marked the history of this country are fascinating and are a window to the understanding of its cultural richness and legacy to the world.

1. Construction of the pyramid of the sun in Teotihuacan

To this day, the Pyramid of the Sun is one of the most fascinating and enigmatic constructions in the world. The beginning of its construction dates back to the year I A.D. and reflects the splendor of the culture that settled there.

It is believed that the arrival of the settlers to this city dates back to 100 B.C. ; however, to this day the data on the ethnic origin of its inhabitants and the reason for its decline as a civilization as well as the abandonment of the ceremonial center are uncertain, involving this culture with a halo of mysticism.

The pyramid of the sun and the entire archaeological zone is still under constant investigation, even just a few months ago discoveries were made that could completely change the information that was available when it was discovered that cultures like the Mayan, lived there permanently, a fact that was completely ignored before this discovery.

For these reasons, the construction of the pyramid of the sun as a symbol of the civilization that settled there and which is full of enigmas, is one of the most interesting historical facts of Mexico.

In this very important event in Mexico, the legend is mixed with history . It is said that a tribe arrived in what today is Mexico City guided by the sign that their god Huitzilopochtli had revealed to them: they were to settle in the place where they saw an eagle on a cactus devouring a snake.

As it is a passage of history sheltered by the myth, we do not have precise data of the foundation of the city however it has been established that it happened around the year 1325 or 1345.

This event is important because over the years the capital of the Mexicas became the largest and most powerful in the world at the time and dominated much of Mesoamerica until the arrival of the Spanish in Tenochtitlan . This fact is linked to the arrival of Hernán Cortés to become two of the most relevant episodes in the history of Mexico.

In January 1517, Hernán Cortés arrived at the coasts of Yucatán to begin an expedition with the purpose of exploring and trading ; however, upon his arrival and after several years of alliances, battles and strategies, in 1521 what is known as “The Conquest of Mexico” was made concrete by defeating what at that time was the most important capital: Tenochtitlan.

From that moment and in an official way, the Mexica people formed the first territory, which later with the conquest of the rest of the cultures would be known as the Viceroyalty of New Spain and which would give rise to the mestizo Mexico characterized by the encounter of these two cultures.

For this reason, this event is one of the most representative of Mexico’s history as it marks a before and after in the life, culture and organization of the country.

4. The Independence of Mexico

Another Mexican historical event occurs almost 300 years after the Conquest, and that is the fight for Mexico’s independence.

Led by the priest Miguel Hidalgo , who calls to arms on September 15, 1810, the struggle to end Spanish rule over Mexico begins and on September 27, 1821 with the triumphant entry of the Trigarante army, this fight is ended by proclaiming independence.

However, it was not until 1836, after several attempts at reconquest, that Spain recognized the absolute independence of Mexico.

After 35 years of a dictatorial government known as Porfiriato, the Mexican population took up arms to overthrow President Porfirio Díaz , who under his mandate achieved the economic growth of the country but at the expense of the social welfare of the most disadvantaged sectors who were already in great discontent. The latter joined Francisco I. Madero’s call to take up arms and made Porfirio Díaz resign and flee the country.

After this, when the elections were held, Madero was the winner, generating the discontent of other revolutionaries who did not see in the new president a solution to the demands of the majority of the inhabitants submerged in poverty, so the revolt would not end until the murder of Francisco I. Madero, the succession of Victoriano Huerta and his eventual resignation due to the discontent of other caudillos such as Francisco Villa and Venustiano Carranza, who in 1917 promulgated the new constitution thus ending this historical fact of Mexico.