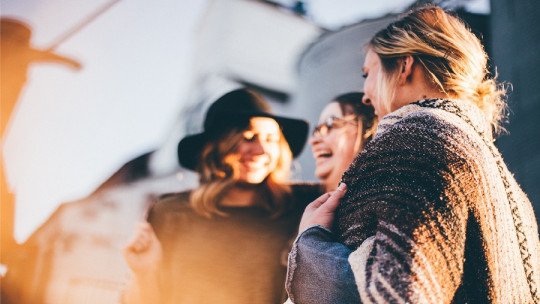 The notion of social skills training has evolved over time . In its beginnings it was associated with interventions in people with some severe mental disorder, and although this method is still used for such cases, after the appearance of the theories of social learning, it became an instrument to improve the skills of people in their interpersonal relationships.

Like any other skill, these communication abilities can be learned, practiced and therefore greatly improved; without the need for the person to have any kind of disorder to benefit from them.

Social skills: why are they important?

There is not a unique and concrete description of what social skills are, however this concept can be explained as the set of behaviours and actions acquired in a natural way, susceptible to be learned and exercised, which are carried out in interpersonal contexts; taking into consideration the social norms of this and with the aim of achieving social support or self-reinforcement.

The importance of social skills is given by their relationship with a better psychosocial adjustment of the person , thus avoiding isolation, lack of affection and possible associated affective disorders.

The usefulness of social skills in a person’s daily life is reflected in the following aspects:

As noted in the previous point, social skills are behaviors learned throughout a person’s life, so it is possible to train them through appropriate learning experiences.

The basis or particular feature of this training consists of the observation of a third party who performs the objective behavior in an appropriate manner, and then repeats it, corrects possible errors and gradually perfects it. To this end, the person trying to learn receives reinforcement, both positive and negative, from the professional.

The dynamic consists of repeating and practicing the desired behavior or conduct in as many situations as possible, in the most varied and real way possible.

The main characteristics of social skills training are:

The list of advantages common to the different types of training, which have made them a reference intervention are

Psychology has developed a series of techniques aimed at improving a person’s skills in relating to others. These techniques, explained below, should not be interpreted as serial steps that follow a specific order, but rather as independent elements that allow us to lengthen, expand or repeat them.

These elements are specified in six different techniques. They are as follows.

In this first technique, a person gifted with the skills to be learned performs a series of behaviours in an appropriate way , so that the apprentice or apprentices imitate them.

The models can perform the behaviors live, or through recordings. The main requirement of the model for the technique to be effective is that it should be as close as possible to the observer. Both by age, gender, reference group, etc.

An important point to keep in mind is that the model does not perform the behavior in an excessively skillful or expert manner, since this may demotivate the observer. The role model should express himself or herself in a manner that is friendly and close to the trainee. The disposition of the observer is compensated with positive reinforcements.

Likewise, the effectiveness of the technique increases when the exposed situation is reproduced with the greatest possible clarity and precision, and always in a way that graduates, from less to more, the difficulty of it.

It is necessary that the viewer understands that his or her obligation is to imitate the model, focusing on the model’s behavior, analyzing it and then exercising and rehearsing that behavior.

The behavioural test is the moment in which the person must carry out the actions previously shown by the model. These tests can be:

These two ways of proceeding are not exclusive, the person can first do the test covertly and, once practiced enough, pass to the real test.

After the behavioural test it is essential that a period of feedback is given . This feedback is based on providing the person with information about how they have performed the target behaviours, and is as specific and concrete as possible.

It is an indispensable requirement to both reinforce what the person has done correctly, how to communicate in what things he must improve; guiding him on how he can improve.

For greater integration of information, it is essential that this feedback be immediate or even simultaneous to the person’s action.

In these cases, the positive reinforcement consists of praising and praising the positive aspects of the learner’s performance , this being the best way for the behaviour to be repeated in the future. An important point to keep in mind is that such reinforcements must be valuable and desired by the person.

Two types of reinforcement can be carried out:

Once the reinforcements have been administered on a continuous basis, we move on to intermittent behavioral reinforcement. The goal of this type of reinforcement is to strengthen the behavior and maintain it over the long term.

The primary purpose of all this training is not that the person performs the behaviour only in the test space , but that he or she is able to perform it in real life situations.

Taking this into account, the execution of the conduct(s) should be extrapolated to all contexts or circumstances in which such conduct is useful to the person.