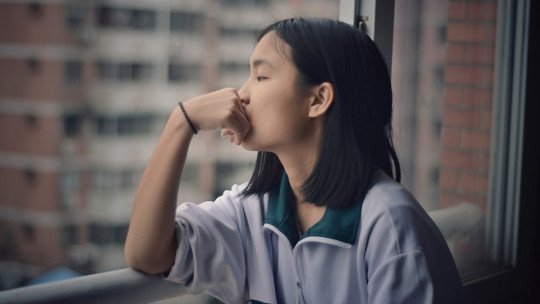 In a study conducted internationally by Brunner et al. (2013), statistics reflected an average percentage of 27.6% in the European student body that stated that they had committed at least one episode of self-harm in their lives. Among them, 7.8% had carried out more than five actions of this type. Data from the Spanish state indicated a position very similar to the international average (28.9% and 7.6%, respectively), which indicates a significant prevalence of these very disturbing behaviours in our young people.

Non-Suicidal Self-Injury in Education and Schools

Studies conclude that this type of behaviour usually begins between the ages of 13 and 14 and, despite the alarm that may arise from its occurrence, it is rarely directly related to clear suicidal ideation . Even so, when a recurrence of this type of action is observed, the real risk of suicide becomes a greater danger. This is explained by the fact that, after a period of habituation to the level of pain that self-injury entails, the individual tends to carry out behaviours that give him/her a higher level of sensation of pain, and death itself may be inflicted in this way (Straub, 2018).

For all these reasons, early detection is extremely important, since these types of actions are usually caused by the experience of intense emotional distress and are carried out as a way of relieving these psychological tensions. In these cases, a relevant role falls on the figure of the academic youth educator . It seems essential, therefore, to provide this figure with some initial guidelines for action so that the teacher can deal adequately with such a complex and delicate situation.

There are certain indicators that can alert the educator to the presence of this type of behavior, such as: the observation of bodily injuries produced by ambiguous or difficult to explain situations, clothing that is not appropriate for the time of year (use of long sleeves or high collars in summer), the possession of sharp objects among the children’s personal belongings, or witnessing sudden and recurrent absences to go to the bathroom during classes.

These are several guidelines to be followed by educators dealing with young people who present Non-Suicidal Self-Injury .

A first basic point lies in putting aside attitudes of incomprehension, rejection or panic when the adolescent agrees to verbalize the commission of these actions. For the latter, the act of sharing their experience of emotional discomfort already becomes an extremely difficult process in itself, so the response that we recommend as educators should be one of calm, support, confidence and empathy in the face of their insecurities.

The aim of this type of treatment must be that the student understands that he is valued as a person (although not his behaviour) and that he perceives that the people around him care about him and his well-being. Without resorting to pressure or demands, it is recommended to motivate the young person to seek or agree to receive professional help. In approximately half of the cases on which the surveys of the mentioned research are based, it is noted that the students wish to abandon this type of behaviour and that they seem receptive to attending therapy.

2. Knowing how to listen

Secondly, the factors that are motivating these behaviours, as well as the frequency and seriousness of these behaviours, should be addressed directly with the adolescent. This allows to assess the referral to a professional who can offer him/her individualised therapeutic assistance and help him/her acquire psychological strategies to manage his/her emotions and discomfort in an appropriate and adaptive way.

Questions such as, “Have you ever thought about not continuing to live because of some problem that you think has no solution,” or “Have you ever thought about some concrete plan to carry it out,” can be very helpful in determining the level of risk of actual suicidal behavior, since usually in non-suicidal self-injury the person does not realistically consider what method he or she will follow to implement that purpose.

3. Don’t let the environment reinforce you

Another relevant aspect lies in not reinforcing the adolescent’s self-injurious behaviours , for which the educator should maintain a discreet position with regard to the classmates and ask the adolescent to keep the wounds covered without giving them excessive importance. This measure prevents the effect of “contagion” of imitating behavior to other children, potentially frequent in adolescent age groups. It is advisable, however, to consult with the school’s psychology specialist so that he can advise on how to approach the subject directly with the student.

4. Know the causes and control them

A fourth element to be considered lies in the fact that family problems, conflicts in the group of friends or difficulties in the school environment are the main factors associated with a greater frequency of these behaviours. In spite of this, it has been observed that a greater probability of real suicide risk is associated with a self-perception of loneliness or isolation, absence of social support and the presence of a psychiatric history.

If a high risk of suicide is found, the child may be referred for therapeutic follow-up in a mental health centre. However, in cases of non-suicidal self-harm, outpatient follow-up is possible.

Finally, although the student in question is carrying out an individual therapeutic follow-up, it is worth mentioning that there are a series of orientations that can favour a remission of the self-injurious tendency . Thus, meditation and relaxation exercises, the performance of disconnecting activities such as sport or music, the establishment of alternative action plans to self-injurious behaviour or cognitive work on possible distortions when interpreting personal situations are included as effective elements in psychoeducational intervention with these young people.

In-Albon et al. (2015) present a brief guide for educators that summarizes what has been said so far. Specifically, the authors indicate the following guidelines as relevant: