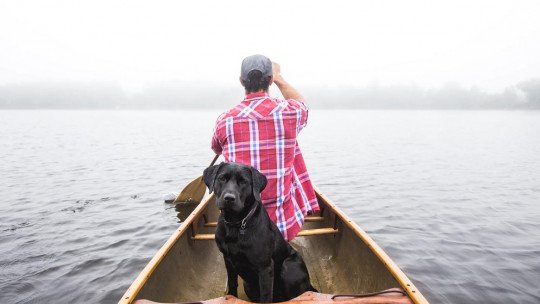 Phrases about distance in personal relationships fill the literature focused on human emotions. Although sometimes we take it for granted that what is important in affection and love is the person himself, the truth is that something as simple as distance can completely change the way we experience that bond.

Phrases about distance in relationships

Distance is a physical element beyond human control that is part of our lives. Normally people do not choose to be distant from what they love, even in the most difficult moments, because the consequence of this situation is usually a feeling of longing and emotional conflict .

These are stages or situations that are very difficult to manage and that people tend to live intensely, with a sense of drama. Below you will find several of the most inspiring phrases about distance, written or spoken by people famous for their art or thought.

1. Nothing makes the earth seem as wide as having friends from a distance (Henry David Thoreau)

We all do when friends go to live abroad.

2. You will not realize the distance you have traveled until you look around and understand how far you have come (Sasha Azevedo)

Distance is not always a negative concept.

3. Distance has the same effect on the mind as on the eye (Samuel Johnson)

One of the aphorisms about distance that talks about perception and bias.

4. From a distance it’s something; and from nearby it’s nothing (Jean de Lafontaine)

5. A friend is someone who allows distance, but is never far away (Noah)

If there is interest, the affection is not lost.

6. Distance is to love what the wind is to fire: it extinguishes the small one, but enlivens the big one (Chufo Lloréns)

Many are skeptical of long-distance relationships.

7. Distance is temporary, but our love is permanent (Ben Harper)

This sentence is intended to diminish the importance of the distance between two loved ones .

8. True friends never stray, perhaps in the distance, but never in the heart (Helen Keller)

This phrase insists on the strength of emotion, above that of remoteness.

9. In true love the smallest distance is too great (Henri Nouwen)

Once again, feelings have a bearing on this numerical concept.

10. We were wrapped in cotton, in moss, in fog, in the sea, in the taste of a distance to be annihilated (Anaïs Nin)

The famous American writer describes a love scene like this.

11. Sometimes it is necessary to go very far out of the way in order to return to the right distance (Edward Albee)

Sometimes you have to go far away to find the right path.

12. Some people are separated by distances they can never cross (Lisa Kleypas)

We can all lose our loved ones and never hear from them again.

13. Jack’s most sinister aspect is his detachment, his ability to distance himself from his feelings (Victor Garber)

The famous actor described with this phrase one of the characters he represented.

14. Suffering is the distance between what we are oriented towards and what is (Nirmala)

A good phrase to define these situations.

If you want, you can maintain a relationship, with effort .

16. No distance when you have a motive (Jane Austen)

Austen is playing down the distance again.

17. I have spent my life judging the distance between American reality and the American dream (Bruce Springsteen)

Excellent reflection of the American rocker.

18. It is not love that transforms with change, or moves away with distance (William Shakespeare)

Love is certainly the strongest barrier against distance.

52. We had to be long distance parents, which is far from satisfactory (Jeffrey Hunter)

The parent/child relationship can hardly be addressed from a distance.

20. Distance is a bad excuse for not having a good relationship with someone (James McAvoy)

21. There is no distance of place or length of time that can diminish the friendship of those who are completely convinced of the value of each other (Robert Southey)

About the importance of emotional connections .

22. Idealism increases in direct proportion to the distance of the problem (John Galsworthy)

Harsh criticism of those who believe in utopia.

23. One thing is very important when time and distance cannot reduce your size (Zora Neale)

One of the most important figures in black America gives us his opinion on the subject.

24. United by an invisible thread that could only exist between two people like them: two solitudes that recognized each other (Paolo Giordano)

Loneliness is often related to distance.

25. We are creating a unique experience. It starts with the way you see it from a distance (Helmut Jahn)

For an architect distances are an advantage, not a disadvantage.

26. The man who says he is willing to meet halfway has a misjudgment of distance (Laurence J. Peter)

It is interesting to reflect on this type of negotiation.

27. There is never distance, there is no space between us (Anna Todd)

If two people love each other, distance need not dictate the relationship.

28. Laughter is the closest distance between two people (Victor Borge)

The Danish comedian reproduced this phrase in one of his performances.

29. The shortest distance between two points is a straight line (Archimedes)

Who better than a mathematician to make metaphors about distance?

30. We must judge people by the distance they have traveled from the point they started (Henry Ward Beecher)

One of the keys to measuring people’s success.

31. There is an immeasurable distance between half past midnight and too late (Og Mandino)

Sometimes it’s a thin layer that separates the tragedy from the solution.

32. It’s nice to have some distance from your family. Whenever you are closer to them because of love (Olivier Martinez)

The family is one of the most appropriate topics to talk about distance.

33. Because time is the longer distance between two places (Tennessee Williams)

The distance can be measured in time equally…

34. Distance not only gives nostalgia, but perspective, and perhaps objectivity (Robert Morgan)

Walking away brings the situation back.

35. We are all experts in practicing virtue from a distance (Theodore Hesburgh)

36. Long-distance relationships are another way to avoid intimacy (Danielle Steel)

A priori, distance can never be healthy in a love relationship.

A critique of mobile devices as a means of communication.

38. I think it is important for one to take some distance from oneself (Vaclav Havel)

It’s another one of those moments we need to meet again.

39. And it has always been known that love does not know its own depth until the hour of separation (Khalil Gibran)

Profound words from the Arab writer and poet.

40. I fell in love with her when we were together, and then more so in the years we were apart (Nicholas Sparks)

We have all found ourselves in these situations.

41. You know that trying to keep your distance from me is not going to change my feelings (John Green)

With this phrase, Green confessed to his lover.

42. Across great distances, across chasms of chance. Because he comes from so far away, nothing can separate us (Ursula Le Guin)

On the positive connotation of distance.

43. Distance that beautifies things and clears them (Julia Navarro)

One of the most poetic phrases about distance.

44. Each living being is a machine adapted to the wheel of the universe, the external sphere of influence extends to infinite distance (Nikola Tesla)

This is how the Serbian scientist describes what distance means to him.

46. I believe in a sovereign God who sets divine appointments half a world away (Mark Batterson)

Good phrase to represent the being that we do not see.

Distance must not allow us to lose our optimism.

49. Do we need distance to be close? (Sarah Jessica Parker)

The American actress left the Hollywood world to return with more strength.

It seems to be an inherent human quality.

51. Distance does not break friendship, only its activity (Aristotle)

If you want, friendship is preserved at all costs.