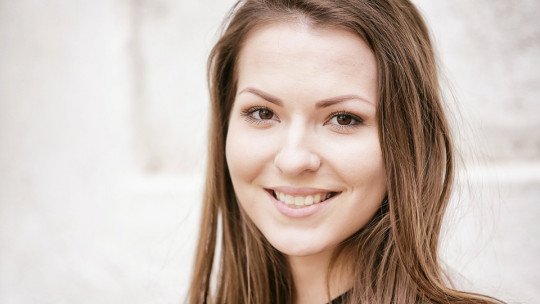 Self-esteem is one of the psychological constructs that has been most addressed since Abraham Maslow included it as a fundamental component in his Hierarchy of Human Needs (1943).

Many authors have confirmed the relationship between self-esteem and emotional well-being , among which we can highlight Carl Rogers (psychologist who proposed the theory of personality from the humanist current) Albert Ellis (creator of Rational Emotive Behaviour Therapy) or M. Rosenberg (author of one of the self-reports of reference on self-esteem, the Rosenberg Self-Esteem Scale) among others.

Let’s see how much of the theoretical knowledge acquired in this area can be applied in a practical and simple way on a daily basis to make our self-esteem grow .

Concerns arising from life problems and events are often more frequent during the period between the occurrence of the particular situation and its resolution. Therefore, it is highly recommended to avoid postponing the confrontation of such an event so as to avoid excessively feeding the processes of repeated rumination.

A good tool can be found in the Problem Solving Model proposed by D’Zurilla and Goldfried (1971) which consists of a five-phase process where reflection is made on: the elaboration of an adequate general orientation to the problem, the concretion of a definition and formulation of the problem, the proposal for the generation of alternatives, the decision making itself and a last stage of verification of the chosen solution.

Cognitive dissonance is a concept proposed by the social psychologist L. Festinger (1959) to explain the state of tension that an individual experiences when his belief system comes into conflict with his real behavior, negatively influencing the modification of the subject’s attitudes.

In view of this fact, the person tries to generate a new set of cognitions coherent to his/her behaviour with the aim of diminishing the discomfort produced by the initial discrepancy by means of: an attitudinal change, the addition of consonant information between beliefs and behaviours or the trivialization of the attitudes or behaviours expressed.

3. Identify and transform your limiting beliefs

Hemmi (2013) in his work develops the concepts of limiting beliefs (CL) vs. powerful beliefs (CP), defining them as two types of cognitions that the person himself has about himself and that are determinant in the level of low and high self-esteem, respectively. Specifically, limiting beliefs refer to the set of negative ideas that an individual presents about himself or herself and that reflect a low degree of confidence for the achievement of vital objectives .

On the contrary, powerful beliefs are characterized by providing the person with a positive and optimistic overall belief system about his or her own qualities, which makes it easier for the subject to undertake projects and initiatives throughout his or her life.

A good exercise of reflection to carry out the transformation of limiting ideas into powerful ideas can be, as Hemmi explains, the creation of a list of all the CLs in the different areas of life (family of origin, family generated, friendships, professional environment and society), the questioning of their logic or veracity and the replacement by a new group of CLs, also applied to the five areas indicated. Based on all this, the person must interiorize them and give them greater emotional weight.

Evolutionarily, the human being has shown an important tendency to retain in the memory more clearly the information linked to intense emotions such as fear or anger, to the detriment of other more neutral data, not so useful in the achievement of their own survival.

Nowadays, although the context has changed, it seems to be a common practice for people who present a low self-esteem, depressive or multiple worries functioning, the presence of a cognitive-attentional bias that leads them to remember in a much more significant way the pessimistic, unpleasant or negative aspects of everyday life.

A scientifically proven conclusion in recent research at the American University of Kentucky (2012) and in other publications in specific journals such as Emotion (2014) Personality and Individual Differences (2012) or Journal of Applied Sport Psychology (2014) confirm the link between the practice of daily gratitude and an increase in the level of self-esteem .

Thus, according to these findings, a strategy to apply in the day-to-day can be to start a personal gratitude journal where one notes down the signs of gratitude expressed towards oneself and/or towards others.

In the 1970s, Aaron Beck proposed his own model which exposed, among other things, the cognitive biases that occur in depressive disorders, the so-called cognitive distortions. These are gathered in a list of distorted ideas among which “dichotomous thinking” and “you should” stand out.

In the first case, the events that happen are evaluated in an extreme way, without nuances , like for example: “My friend hasn’t called me, nobody loves me”. In the second case, the subject has rigid and excessively demanding rules about how what happens should happen, for example: “I got a B in the exam and should have gotten an excellent, I’m useless”.

Usually, this type of thinking is not objectively founded and does not fit with reality, which is why it is recommended to question this type of belief and to work on it emotionally , promoting self-acceptance and diminishing self-demanding (which tends to diminish the quality of one’s personal image).

Thus, the final objective is to modify and replace this type of ideas with others that are more rational, logical and less catastrophic.

At the biochemical level, the substances that are secreted in greater proportion when the individual performs activities that are interesting, motivating and have a rewarding effect are adrenaline, endorphins (both hormones that modulate mood) and serotonin (a neurotransmitter involved in sexual processes, sleep and emotional response).

Therefore, it may be very advisable to draw up a small list of pleasant activities of different natures which can be practised daily: individual activities (a foam bath), in company (a dinner with friends), enrichment activities depending on personal concerns (start a language course), self-care activities (wearing a garment of your favourite colour) etc.

In most cases, it is not a question of thinking about complex occupations, but rather of small actions that act as “a pleasant whim” and that therefore promote one’s own well-being.