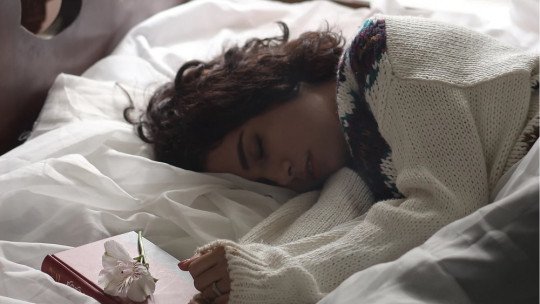 Only a couple of centuries ago, for a human being to sleep less than 9 hours at a time was considered a sleep disorder and an indication of mental disorder that could be associated, as is the case today, with a general malaise due to one’s personal situation.

Today we are extremely exposed to electrical stimuli and impulses because of the same light we use in our homes, the means of transport we use and the bad habits we have before going to bed. Many psychologists warn of this increasingly disturbing problem, which turns out to be the second concern of most patients who are going to be treated by a professional, only after eating disorders. So… how to improve the quality of sleep? To understand this, we must first know the basics of our biological schedule.

Excess activity as a cause

We are living in times of great human activity, of whatever kind, which is directly related to our moments of rest. The long working days, which in some cases exceed the night, extra school activities and the little time we have left to practice some sport (usually at unsuitable hours), cause the sleep equation to be altered.

Through the circadian rhythm, it marks the activation times of the human body throughout the 24 hours of the day, the brain responds to the light stimuli associated with physical activity , while in the opposite period, these inputs are inhibited by the body. In the dark, which reaches its maximum exponent between 2 and 6 in the morning, is when our organism asks us for a rest.

In this way, people who are forced to spend their professional time during these hours are those who suffer from serious biological disorders that indirectly affect their health.** The same applies to those who work late** (working hours up to 8 or 10 pm), since, once office hours are over, they devote their time to leisure, such as watching a film or playing sport.

Professional psychologists warn of the increase in this problem, putting sleeping hours in Western society at no more than six hours a day on average. Below you will find some of the most recommended advice to improve the quality of sleep.

1. Do not use a mobile phone in bed

The low use of the mobile device is number one on the list of measures. By becoming a tool with which we wake up and say goodbye during the day, it has been seen as the biggest culprit in the poor quality of sleep we suffer. Writing texts, chatting, reading the mail or watching a video, as well as the light on the screen, lead to attention and concentration that stimulate brain activity . It is advisable not to use the telephone even two hours before going to sleep.

According to the biological clock, the body starts to lower its blood pressure in the late afternoon , between 6 and 8 pm. Many people sign up for sports between these times, which again triggers the required reflexes and brain reaction. For this reason, it is exclusively recommended to do so during the daytime hours (even in summer) to carry out any type of physical training, being no later than 5 pm.

It is very important to follow a regular schedule, so that the body adapts to those rhythms. Otherwise, the circadian rhythm will be disrupted, falling asleep too late and waking up too early for our bian.

4. Read a book or magazine

One of the worst habits that are made today, is to put the computer to see a series online or bet during the phase of the dream in front of the television. Any digital screen creates a negative impact on sleep. Concentrating on silence and the pages of a book , as an alternative, will help to better reconcile the moment of rest.

5. Turn off all lights in the room

It may seem silly, but it’s extremely effective. Many people keep a dimmed sleeping light on because it alludes to the tranquility it brings. This is negative. Any ray of light, no matter how small, disturbs sleep before going to sleep.

6. Lower the brightness of the mobile device display

We must insist on the different elements that improve the quality of life that have to do with the phone or mobile devices (Tablets and computers), such as calibrating the brightness of the screen that everyone has. During the day you can maintain a medium/high brightness level, but it is advisable to activate any saving mode on the screen after 4pm.