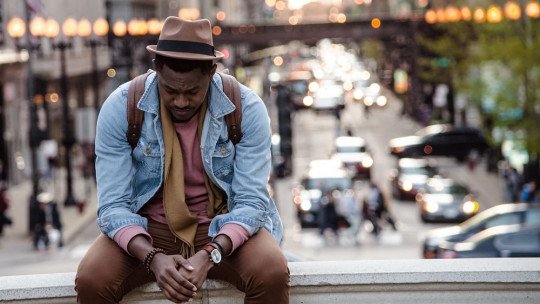 In this compilation of phrases about misfortune you will find reflections by authors and historical figures as important as William Shakespeare, Confucius or Rubén Darío.

The fear of avoiding falling into their domain is so great that sometimes this fear can lead us to make wrong decisions. Misfortune, or fear of it, always lurks if it becomes one of our obsessions and we do not know how to manage our expectations well.

Below you will find a selection of unfortunate phrases that will help you to reflect on those adverse moments .

1. It is curious how distant a misfortune is when it does not concern us personally (John Steinbeck)

This unfortunate phrase brings us closer to that dissociation that people feel from other people who are going through distressing situations.

2. Undeserved honor is the preamble to misfortune (Han Shan)

Expectations can turn into disappointments.

3. Wretched is the one who has (Seneca)

A sentence by Seneca about suggestion and induction to sadness.

For Chesterton, it’s a matter of responsibility.

5. Speaking of our misfortunes we alleviate them (Pierre Corneille)

6. The wretched man has no other medicine but hope (William Shakespeare)

A medicine that often doesn’t come or isn’t real.

7. There is nothing more excused and even lost than for the wretch to tell his misfortunes to the one whose chest is full of happiness (Miguel de Cervantes)

You can expect little from a situation like that.

8. For it is by touching the bottom, even if it is in bitterness and degradation, that one comes to know who one is, and where then one begins to tread firmly (José Luis Sampedro)

When we get to the bottom of an adverse situation.

9. There are many people who get into the habit of being unhappy (George Eliot)

Sometimes we do everything we can to make ourselves unhappy , making bad decisions.

10. Is it not sad to consider that only misfortune makes men brothers (Benito Pérez Galdos)

For Pérez Galdos, brotherhood must always be lived.

11. When misfortune comes, it never comes alone, but in battalions (William Shakespeare)

It often happens that one situation triggers another worse one.

This Cuban writer’s phrase referring to the political situation in his country.

There are people who believe they deserve to go through adversity.

14. Men in disgrace do not attract crowds, but curious people (Francisco Martín Moreno)

People who can waste your time or your mental health.

It opens up a vulnerable and sensitive situation and makes it easy to contact others more honestly and intimately.

16.In misfortunes we must remember the state of conformity with which we look at the misfortunes of others (Epictet of Phrygia)

The philosopher Epictetus tries to make us reflect on the level of empathy we can have with others .

According to their value, the size of the penalty is measured.

18. Lying in the midst of woe, the soul sees much (Sophocles)

When by one stroke of reality we realize many things.

19. A man is the sum of his misfortunes One might think that misfortune will end one day by getting tired, but then it is time that becomes our misfortune (William Faulkner)

An interesting reflection by Faulker.

20. Misfortune is the midwife of virtues (Louis de Jaucourt)

It is in disgrace that virtues are forged.

21. Only misfortune can turn a heart of rock into a human heart (Phenelon)

The power of misery has a transformative effect.

22. Misfortune reveals to the soul lights that prosperity does not come to perceive (Blaise Pascal)

It shows the side we rarely discover.

23. There is only one real misfortune for man: to be at fault and to have reason to censure himself (Jean de la Bruyere)

24. When you have problems, people are afraid of getting infected… Misfortune is contagious (Katherine Pancol)

That’s why in hard times many people walk alone.

25. Most of our misfortunes are more bearable than the comments our friends make about them (Charles Caleb Colton)

Sometimes disappointment comes in other forms.

26. Misfortune, by binding itself to me, taught me little by little another religion, different from the religion taught by men (George Sand)

In misery is found a new spirituality.

27. The most unfortunate are those who cry the least (Jean-Baptiste Racine)

About not being able to express your emotions freely.

28. That head which proudly wears its misfortune, as a king wears his crown (Carlo Bini )

This sentence is for people who repeat the misfortune.

29. The most feared misfortunes are usually those that never come (James Russell Lowell)

For Lowell this type of misfortune is the one that produces the most anxiety .

30. It is not good to be unhappy, but it is good to have been unhappy (Antoine Gombaud)

Because one can learn many lessons not to repeat them.

31. In life, the saddest thing is not to be totally unhappy, it is that we are very close to being happy and we cannot achieve it (Jacinto Benavente)

About not being able to complete our happiness.

32. Knowing the things that make one unhappy is already a kind of happiness (François de La Rochefoucauld)

Even more so if we avoid them.

33. If you don’t want to be unhappy, treat disasters as a nuisance, but in no way treat nuisance as a disaster (André Maurois)

You have to know how to approach and appropriately face each difficult situation .

34. Misfortune is a dead end. It leads directly to the wall. If you want to get rid of it, turn your back. Then you’ll think it’s backing up as you face it ( Yasmina Khadra )

For Khadea, it’s important to know how to deal with misfortune.

35. The most wretched of all men is he who thinks he is (Fenelon )

When we are pigeonholed into one position.

36. Man can endure misfortunes that are accidental and come from outside But to suffer from one’s own faults, that is the nightmare of life (Oscar Wilde)

An Oscar Wilde misery phrase will always be an honest reflection.

37. The ruined man reads his condition in the eyes of others so quickly that he feels his fall (William Shakespeare)

When we project our experience onto the other.

In every circumstance of life we learn something.

39. My life has been full of terrible misfortunes, most of which never happened (Michel de Montaigne)

When you live inside a lie and even worse when it has had an effect on you.

For Rubén Darío, we must avoid playing with the future.

41. (…) All the misfortunes of the world were born from the many lies, the ones said on purpose, but also the involuntary ones, caused by haste or imprecision (Michael Ende)

An interesting reflection from Ende about what can make us happy or unhappy.

42. Misfortunes, like fortune, come only when we have sought them out with our deeds (Confucius)

Everything has a consequence, and misfortune is one of them.

43. Small minds are domesticated and subjugated by misfortune, while large minds are overcome by it (Washington Irving)

This phrase of misery can encourage a person who is going through a very difficult situation.

44. For greater misfortunes keep the fortune to whom it favors (Seneca)

It’s a way to achieve security.

When we are not prepared for the difficult moments .

47. Everyone is as he is, and he has enough misfortune (José Luis Coll)

About the particular individualities of each human experience.

48. Light is the misfortune that can be suffered, and the one that cannot, brief ( Seneca )

A way to differentiate misery.

49. There is no misfortune that lacks remedy (Seneca)

Every misfortune has a solution.

50. Misfortunes are of no use to one who does not learn from them (Seneca)

Misfortune can be turned into something useful and constructive, we must take advantage of it.

Whether it’s for laziness or training.

52. Misfortune is capable of opening the eyes of even the blind. She is a teacher who knows a lot, and a friend who does not deceive, like happiness (Ventura Ruiz Aguilera)

Misery brings us back to reality with all its nuances.

53. Certain men have a talent for seeing much in everything. But they have the misfortune to see everything that is not there, and nothing that is there (Jaime Balmes)

It’s a matter of perspective.

54. He who laughs last, at the misfortune of others, laughs best (Roberto Fontanarrosa)

Humor will always be a smart way to deal with these kinds of situations.

55. How was the star of misfortune illuminated in his life, which has a dim light, as you writers would say (Sergio Ramírez)

Also annexed are various events that are also elusive.

57. There is no greater pain than remembering the happy times in misfortune (Dante Alighieri)

Homesickness of happy memories that make us feel unhappy.

An aphorism about the vices that accumulate until they lead us to a stuation in which there is no turning back.

59. Do not laugh at a person in his misfortune (Quilon de Esparta)

It’s the lowest expression of humanity we can have.

60. Every creature in distress has the same right to be protected (Francis of Assisi)

St. Francis of Assisi was known for always showing mercy to animals.