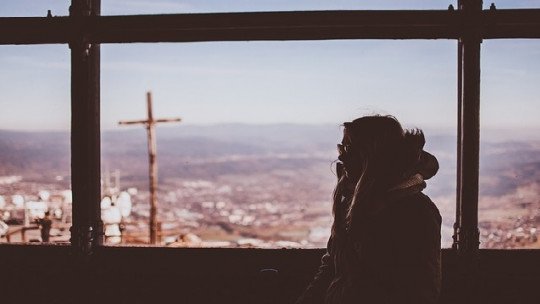 Depression is an illness, or set of illnesses, which for the moment belong to the realm of what is relatively little known to science.

Little is known about what factors can trigger the appearance of depression and there is also little knowledge about whether the reasons for its existence are more biological or more linked to the experiences we live through in life. However, there are some factors and habits that have been statistically linked to its appearance.

What factors can lead to depression?

Below you can see a list of these habits which, although they do not necessarily translate into the appearance of depression, can make us somewhat more likely to fall into it.

1. Not getting enough sleep

We spend a large part of our lives sleeping, and it is during sleep that our body (and specifically, our nervous system) repairs itself in order to successfully face the challenges of the next day . From this we can already deduce that sleep is very important, but it is also that problems during this phase can unleash many and very serious problems that can endanger our lives if they become too intense.

One of them is the fall into depression. Part of the reason for this is found in the functional and chemical imbalances that lack of sleep for long periods (or, directly, sleep disorders) produce in our brain, but it can also be due to a loop effect: with sleep everything becomes very tired, we are unable to perform relatively simple tasks and we are less likely to enter into states of euphoria and joy, as this would be an “unnecessary” expenditure of energy.

If we learn to see life through the glasses of fatigue, depression has the most leveled ground to enter our lives.

2. Making too many demands on ourselves

This habit is related to the previous one, and it is also related to tiredness and stress. It is the other side of the same coin; instead of getting tired passively, it is about doing it actively, setting too many goals or making them too difficult. Not only will this affect our health levels negatively (making it hard to sleep if we work late at night) but it will also give us a distorted image of ourselves .

If we get used to this dynamic, instead of asking ourselves if the goals we have set demand too much of us, we will start asking ourselves what is wrong with us so that we are not able to get where we want to go.

This, if unmanaged, can negatively affect our self-esteem, can lead to outbursts of anger and will damage the way we relate to others.All this, in turn, will leave us with fewer resources (social and health) to face tasks that were already too difficult from the beginning.

Although overly expensive physical tasks can exhaust us and leave us unable to do anything else for the rest of the day, moderate exercise will bring many benefits. In fact, for most people, it is absolutely necessary to dedicate at least a few hours a week to practicing some type of sport, or several, in order to stay in an optimal state of health.

Sport will not only make our body’s muscles stay well preserved, but it will also make us secrete more dopamine and serotonin, two substances linked to the state of euphoria, the feeling of well-being and happiness . They can be considered antidepressants produced naturally by our body.

There are some people who, despite not having developed depression, show a certain propensity to feed the negative thoughts that assault them . Part of the emergence of these ideas is involuntary and accidental, of course, but that does not mean that always remaining in a state close to sadness and bitterness is not perceived as a problem and as something that can be mitigated if you put your mind to it.

If the default mood has to do with sensations and feelings that produce pain, you are closer to making these emotions worse and more chronic.

However, it should be noted that it is one thing to be a person with pessimistic tendencies and without a diagnosis of depression, and another to suffer the presence of constant intrusive and recurring thoughts of a negative nature, regardless of whether they are related to a fictitious situation or to memories about something that actually happened, which seriously damage the quality of life. The first situation need not seriously affect health, while the second can be very limiting if left untreated.

5. Keeping in a mobbing work environment

It should not be forgotten that many of the phenomena that lead to depression may be due to how others interact with oneself. In the case of mobbing, harassment at work can be directed at harming us on a psychological level to the point of forcing us to leave work. Recognising this problem is a fundamental part of slowing down episodes of depression.

Depression can also appear where there is a dynamic of harassment and abuse, even if it is not in the work context, and even if we are not the direct victims of it.

We are what we eat, and this also has implications for what we think and how we feel . The health of our neurons and the type of neurotransmitters and hormones that interact in our neuroendocrine system depend entirely on the type of diet we eat, so serious imbalances in this area often produce a chain reaction with to some extent unexpected, but always far-reaching consequences and serious effects on our quality of life. The appearance of depression favoured by these problems is one of them.

If these changes in our body become sufficiently visible and affect our self-esteem, the loop reaction and the possible appearance of eating disorders will make the situation worse .

7. Drinking too much alcohol

People with diagnosed depression are much more likely to fall into alcoholism if measures are not taken to avoid it, but, in addition, people who do not yet experience depression may develop it if they get used to drinking too much.

Alcohol has a depressant effect on the body and also facilitates the appearance of self-control problems that can damage the quality of life of the person in multiple ways, making them more and more isolated. This also occurs with the consumption of many illegally marketed drugs.

Isolation is part of the way of life of millions of people across the planet , and unfortunately it is also linked to depression. Not only can it be related to the lack of sensory stimuli and the partial absence of cognitive challenges, but it also leaves the network of material and emotional support provided by other people behind and is often linked to unhealthy living habits.

In the case of depression in old age, isolation is often a constant which must be tackled by sufficiently capable and competent elderly care services.