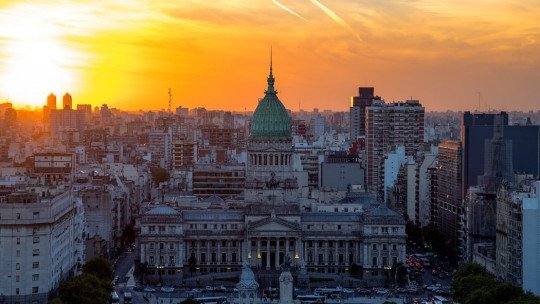 Argentina is a sovereign nation whose mainly Spanish and Italian influences are the cultural pillars on which this society is based.

Argentines are people with a great capacity for socialization and adaptation to any other society they visit, since their outgoing and empathetic way of being leads them to make friends very easily.

Argentine expressions and their meaning

All this has made the Spanish language in Argentina develop in a very particular way. Do you want to know the most curious expressions used in this country?

Below we present 80 Argentinean expressions with their meaning , which you will surely find interesting and useful if you travel to this South American country.

It is one of the most typical expressions and is used to call another person in an affectionate way.

This word defines people of the male gender instead of the typical “man”, “boy” or “child” denominations used in other countries.

It means male and is widely used by teenagers during their conversations.

Having sex is a colloquial and dirty word.

This word is used to define short term work, a brief and usually poorly paid task.

This expression is used to replace the word drink, usually associated with the drinking of alcoholic beverages.

That’s one way to call popcorn.

That’s what they call cigarettes in Argentina.

It’s a colloquial and ordinary way of saying dumb. In recent decades it has been used openly to replace “che”.

It denotes something ordinary, unstylish and tasteless.

This expression originated in the province of Cordoba and spread throughout the country as a way of calling someone with a bad temper and boring pejoratively.

It means to talk about more or not at all.

Swindling, cheating. A job is a job of dubious origin.

Pejorative way to call the police.

This expression is used in Argentina to call lawyers.

That’s what money is called in Argentina.

It is an informal way of calling beer (in Spain this expression is also used).

Used as a mouth replacement.

This expression is used to ask a favor.

A person who is outstanding in his or her activity is used to say that someone is the best at what they do.

In large urban centres this expression is used as a synonym for money.

Lovely way to call someone a fool.

It is used pejoratively to define a person who is boring, unfeeling, and lacking in passion.

31. He’s missing a couple of players.

This is an offensive term for people with intellectual disabilities.

An expression used to refer to someone who is lazy, messy, shameless and mischievous. (tix

It’s an ordinary expression to express that something is bothering us.

It is an ordinary and colloquial expression that refers to the fact of going to urinate, in other countries like Spain this expression is also used.

In Argentina this expression is used to say that someone is a loyal friend.

This colloquial expression is used to account for mockery or aggression.

Someone very prominent in his work. It is used in reference to the famous tango singer Carlos Gardel.

It’s a colloquial way of saying that something is in a good state of preservation.

It’s a derogatory way of referring to the police.

Someone who is very bad at something is usually used in sports activities.

43. Throw away the greyhounds

Demonstrating our love feelings to a person, “hitting on them”.

It’s used to say that someone is doing something on the sly, in a sneaky way.

It’s an aggressive way to ask permission, “Get out of the way.”

Someone who has manifest evil intent in his actions, who wishes to do harm.

It is a colloquial, and somewhat ordinary, way of saying in no way, “even when drunk”.

It is an informal way of calling alcoholic beverages, usually used among young people.

That’s what T-shirts or sweatshirts are called in Argentina.

It’s a way of calling people who suffer from some kind of dementia.

It is used to talk about someone who is imagining things, who is talking about things that are not real or are not true.

That is the derogatory name given in Argentina to public transport inspectors, a pig is a pig if we speak literally.

This is what plumbers are called in Argentina.

It’s a way of saying you want to do or have something.

It’s a colloquial way of saying that someone is careful with their life or something.

It is an expression originating from the province of Santa Fe, which is used to define an unintelligent person.

Be good at something or know a lot about something.

Cutting a mood of joy to try to bring order.

It is mostly used for someone who is very angry, although it can also refer to when a person has a strong desire to have sex.

Worldly expression for the face, also widely used in other Spanish-speaking countries.

It is used to refer to someone who is too tired, exhausted.

It’s a derogatory way to call the police.

This word is used with different meanings, it can mean someone who is very intense or something that is very good.

It’s an ordinary but widely used way of saying boring.

It is a way of defining a person who scattered during a talk, “who went off the rails”.

This expression is used for moments when a couple is passionately caressing each other.

In Argentina this word denotes the

It’s a derogatory expression. In this case it is used to refer to someone who does not reason.

70. He skipped the thermal.

It is used to describe a person’s anger.

Mostly used in football jargon, this expression is used to define someone without feelings, without passion.

A million pesos, and the expression “a green stick” is a million dollars.

How to call a hundred Argentine pesos.

That’s a nice way to call the parents.

Nose, usually used in an insulting way for those with a big nose.

In Argentina, homeless people are called this way.

The way you say pineapple backwards and denotes a punch or a blow.

This word is used to emphasize the idea of truth, to say that something is really serious, e.g., bet, really?

Thief, this word is also used in other Latin American countries.