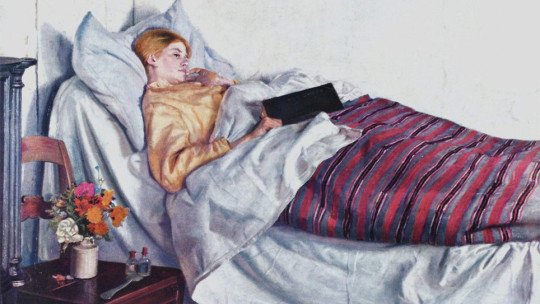 Cuts, bruises, and tissue tears are not the only known causes of symptoms and illnesses. Psychosomatic or somatomorphic disorders, for example, are forms of expression of alterations that are psychological in nature, whether conscious or unconscious.

That is why, in some cases, disorders and pictures of illness caused by the mind appear . This means that there are certain symptoms and signs of discomfort that do not appear because they are related to elements of the environment that enter our body and harm us (blows, cuts, infections, etc.) or to diseases of purely genetic origin.

Symptoms and disorders caused by the mind

The existence of symptoms and diseases caused by the mind has been hypothesized for centuries, although the explanations given have differed. For example, for Jean-Martin Charcot, Sigmund Freud’s mentor, in these cases there was an organic alteration producing these changes, while for Freud, in some cases, it was the emotions themselves caused by the repression of ideas and beliefs that produced the illness (this is how he explained, for example, the cases of hysteria or conversion disorder).

In any case, when we talk about diseases produced by the mind we do not mean that our body works well but the mind does not, because that would be falling into dualism, a non-scientific philosophy.

The mind is a product of the activity of the organism , it is not something separate from it, and therefore alterations with a psychological origin are a specific type of disorder that, like all others, has an organic and not a “spiritual” cause. Specifically, the cause is in the brain, although it is not known exactly which parts of the brain are involved.

But… what are these diseases produced by psychological disorders? These are some of them.

Migraine, which is a very intense and recurrent type of headache, can be caused by stress and the changes it produces in the distribution of blood throughout the brain.

However, although migraine may have a psychological origin, that does not mean that this disease can be cured by thinking in a certain way or by exposing oneself more to certain kinds of emotions. Psychologically, one can only intervene to better adapt to its symptoms.

The intestines are one of the most sensitive parts of the body to hormonal changes. That is why sudden alterations in the amount in which some of these substances are secreted by the brain can cause the intestine to start working in strange ways that generate discomfort.

Some people are unable to urinate if they feel observed. This fact may lead them to think that they have some kind of problem in their bladder or kidney system, but in reality the cause of this disorder is purely psychological . Specifically, it is due to a type of social phobia.

In cases of pain disorder, the person complains of intense pain that is located in a specific area of his or her body without having injuries or problems in his or her way of functioning.

This disorder is believed to have psychological causes and to be related to suggestion (the propensity to firmly believe in an idea until it becomes real) and the anxiety problems associated with it.

Heart attacks are vascular diseases closely linked to unhealthy habits related to exercise and diet in general. However, stress levels also play a very important role in the chances of suffering one . In the end, if anxiety starts to be a constant part of our lives, the circulatory system suffers because it tries to keep many parts of the body in a maximum state of activation.

This state of activation, when it is very intense or becomes chronic, forces the walls of the blood vessels and the heart, causing them to break or stretch and become narrow. In turn, this increases the chances of suffering from a vascular problem, and the consequences this can have are very serious: even if death does not occur, there may be after-effects that lead to other diseases.

In many cases, alopecia is a consequence of genetic inheritance, but in others it may be due to specific periods of high stress. In these cases, part of the hair falls out evenly and quickly for a few days. Once the period in which this peak of anxiety has passed, the hair grows back normally, although it may sometimes take several months.

The psychosomatic origin of this alteration has to do with the secretion of hormones and with the blood supply that reaches the scalp. When we get stressed, the stress hormones make the body start to prioritize certain aspects and neglect others to make the body never stop being in a certain balance.

Some people have coughing fits so severe and so frequent that their quality of life suffers. Normally this problem has a clear cause in some alteration of the respiratory system, but in other cases it is not possible to determine an origin that is not basically based on stress and suggestion. In these cases, the cough acts as a kind of recurrent tic .

These kinds of tics are typical of anxiety disorders, as they are a way of releasing that energy that overflows when we think about what causes stress.

People who experience this disorder caused by the mind notice how an area of the body itches , which leads to uncontrolled scratching. In addition, this itching has no biological cause attributable to the affected area, which is healthy. Suggestion plays a very important role in this somatoform disorder.

Acne is basically based on the cycles of hormone production , and this is something that depends almost entirely on what happens in our brain. That is why stressful events are able to produce or significantly worsen cases of acne, very typical in adolescence and youth.

However, it should be borne in mind that mental states are not the only factor favouring the appearance of acne. Genetics, and in particular skin type, also play a role here.