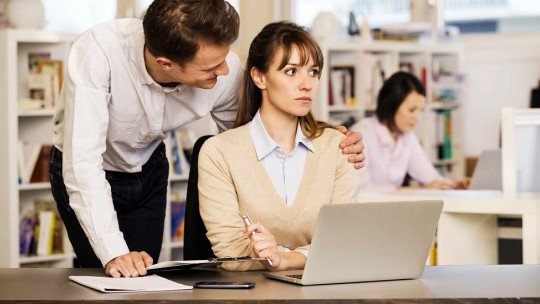 When we think of the concept of “machismo”, it is easy for us to imagine a man who expresses clearly sexist views about the role that women should have as caretakers of the home and children.

However, it has long been known that machismo is not just a set of beliefs about how relationships between men and women should be. It does not appear only by directly showing unpopular opinions; it arises in our way of behaving and relating. It is in the facts, not in the words.

That is why, many times, the hurtful character of machismo is disguised; it is seen as something totally normal not because it does not produce pain (it does) nor because it is fair (it is not), but because we find it difficult to imagine another way of relating to the female gender. It has become normal not to empathise with women , to act towards them as a psychopath would.

This is how machismo makes us psychopaths in front of women

Next we will see several attitudes, practices and behaviors that, despite being a way to treat women as an object, are part of our daily life .

1. Expect a reward for treating the woman as a human being

Psychopaths are characterized by being able to manage any personal relationship following a logic of costs and benefits. That is, practically everything they do when they are with someone makes sense as part of a more or less concrete strategy to obtain something in return .

This is something that often happens nowadays in the way men try to get along with women. The fact that it is not explicitly disregarded is perceived as a competitive window that you have in front of a large number of men, and that means that it can be used to ask for something in return.

For example, the concept of “frienzone” is often used to emotionally blackmail in this sense, overlooking the fact that friendship is not something that should be used to buy people off.

2. Forcing situations where it is too hard to say no

Although slow, progress is being made, and so more and more people are clear that rape is an aberration in all cases (although hard to believe, this idea is relatively recent). However, actions that closely resemble this kind of imposition of will on women are still standardized.

An example of this has to do with techniques for “flirting” commonly used by men that have in common to create such a violent situation in which to say that it doesn’t cost much . This can consist both in making the limit of personal space blurred (with hugs that at first were going to be brief but end up getting longer) and in generating an atmosphere so unpleasant that accepting any request is the easiest way out (for example, through very personal and uncomfortable questions).

The idea is to place the woman in a clear situation of inferiority , leaving her without space to negotiate what is acceptable and what is not.

3. Pretending not to hear or understand

This practice is another of those subtle ways used to nullify women , and consists of acting as if everything that happens in the dialogues with them happens in a little theatre, something that means nothing and from which we can move away to address the people who do have enough intelligence to understand what is happening.

4. Act as if every woman should give up her time to meet a man

It is systematic: no one is surprised if, while walking down the street, we do not want to stop for a second to receive a brochure advertising a new business that has opened in the area, but it is unacceptable that a woman does not want to pay attention for several minutes to give a man who wants to introduce himself . In the same way that psychopaths can approach any relationship as a puzzle in which the goal is to get what you want, in this kind of interaction it doesn’t matter what the woman’s initial disposition is; it only matters what the end is.

5. Blaming the woman for her feelings

The emotional realm has always been associated with the feminine, and that means it can be interpreted as a sign of weakness. For example, female workers are often belittled by the assumption that they care more about people than about cold business objectives. This is true even for female bosses.

6. Using your sexuality against you

Much of the way we have learned to conceive of female sexuality is based on a belief that is as irrational as it is harmful: if you are not a man and want to live your sexuality, you lose rights and dignity .

In other words, the simple knowledge that a woman is not totally alien to her sexual life can be used against her, either to humiliate her or to restrict her freedom under the pretext of protecting her. Any excuse is good to subject a person who is not assigned to the male gender.

7. Use their “purity” against them

If the above option cannot be exploited because there are no obvious signs that a woman does not fit the role of a sex object, that can also be a reason to attack her.

There are different strategies: from treating it as something that has no value because it is “disconnected” from its supposed function as a machine to reproduce and breed, to pointing out that not investing time and effort in arousing men’s interest takes away from its value .

8. Value women only for their aesthetics

This goes far beyond that tendency we have to look at people’s appearance to decide what attitude to take towards them, something we often fall into regardless of what the other one is like. In the case of women, moreover, machismo contributes to the fact that it is the physique that describes their personality , their aspirations and interests.

In other words, the woman is perceived as an animated mannequin, specifically programmed to orient her thinking towards the area in which the mannequin works: attracting, offering a good image, etc.

9. Blaming the victim of GBV

It is still very common to hold victims of sexual harassment or rape responsible for what has happened to them . The reason for this is that doing anything else would mean taking full responsibility for a serious social and structural problem, while ignoring it and keeping women’s safety needs aside is more comfortable.