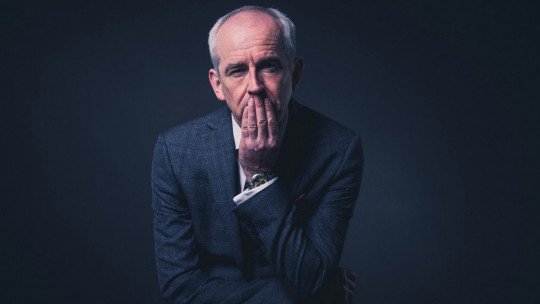 Everyone at some point in their lives has been tormented by having to make a complicated decision, which generates high levels of anguish and uncertainty. Now let’s imagine that this feeling accompanies us constantly, in each and every one of the activities that we carry out.

This discomfort is experienced with aboulomania , a very rare mental disorder in which the person feels unable to make any kind of decision, however simple it may be, and which is accompanied by obsessive thoughts about these decisions.

Aboulomania consists of a strange mental disorder that affects a person’s will, weakening it and generating a constant and pathological feeling of indecision. As a consequence, the person feels absolutely incapable of making any kind of decision, not even in the activities he or she carries out throughout the day.

Furthermore, this disorder is highly related to pathologies such as anxiety, stress, depression and feelings of anguish; therefore, it also greatly interferes with the person’s ability to initiate and maintain social interactions. In the most severe cases, it can lead to suicide.

Although feelings of doubt, indecision or uncertainty are not usually abnormal when they are experienced punctually and with a normal degree of intensity, in cases of abulomania these feelings become obsessions that generate high levels of distress in the person who suffers them since, in addition, these doubts flood absolutely all contexts and activities of the patient.

Therefore, at the time of making a decision, regardless of its significance, the person with aboulomania feels the need to constantly re-evaluate his decisions , which he tends to rate negatively. As a consequence, this uncertainty and negative over-analysis of situations ends up becoming a typical picture of obsessive disorders.

Abulia is another disorder related to will and motivation, similar to abulomania, in which the person also experiences a decrease in motivation, energy and will with the main difference that in this case these sensations do not become an obsession for the patient; which acts almost automatically, as if by inertia.

Unlike abulia, in abulomania this inability to make decisions becomes obsessive , and generates recurrent and intrusive thoughts in the person, who is unable to avoid constant rumination of these.

The main symptom experienced by a person with aboulomania is, as mentioned above, a total inability to make any kind of decision. This inability is constant and continuous, and extends to all areas of the person’s life.

Moreover, this uncertainty generates very high levels of anguish and anxiety , since on many occasions the person remains in a situation that is harmful or unpleasant for him or her only because he or she is not able to decide whether to stay in that situation or not.

Rumination, recurrent thoughts and obsessive ideas about the decisions you must make are other symptoms that belong to a clinical picture of aboulomania. In the same way, just as this disorder presents emotional and cognitive symptoms, a series of behavioral symptoms can also appear such as

What is the cause of this disorder?

So far, the cause of the abulomania has not been determined exactly. However, it is hypothesized that factors related to the psychological development of the person, coupled with biological factors may trigger this type of disorder of the will.

As for the organic root of the aboulomania, a possible involvement of the prefrontal cortex is speculated. The reason is that this brain area is directly associated with conscious decision making.

Some studies point to the idea that this organic basis, together with certain authoritarian or overprotective breeding styles can play a very important role in the development of this disorder.

Researchers theorize that parenting styles in which overprotective and intrusive behaviors predominate may encourage child dependence , so if the child has an organic susceptibility it is quite likely that he or she will develop a disorder of the will such as aboulomania.

However, these researchers treat this issue very cautiously, specifying that the person must go through many other negative experiences for this disorder to appear. These experiences can range from very traumatic abandonment or break-ups to situations where the person has felt publicly humiliated or embarrassed. In addition, they can also generate numerous doubts and a great deal of uncertainty in the person, who is not able to carry out any type of activity correctly, nor is he or she capable of assuming responsibilities or leading an independent life.

The first step in diagnosing aboulomania is to completely rule out an organic basis for it. To do this, the medical professional must perform all kinds of tests and physical examinations, as well as a complete medical history.

Once the possibility of brain or neurological damage has been eliminated, the patient should be referred to a mental health specialist . The psychologist or psychiatrist in charge of the case must then take a complete medical history of the patient. For this purpose, the health professional may use the following diagnostic tests:

As a rule, the number of people suffering from abulomania who decide to seek help or treatment is very small. However, due to the anxiety and depression related symptoms that accompany this disorder, certain patients end up asking for some kind of psychological assistance .

If the mental health expert is able to bring the problem of abulomania to light, symptomatic treatment for anxiety or depression problems can be carried out together with skills training to facilitate the development of the person’s autonomy.

Training in assertiveness techniques and social skills can be very effective in reducing the symptoms of aboulomania, as well as helping the person to establish healthy personal relationships with other people.