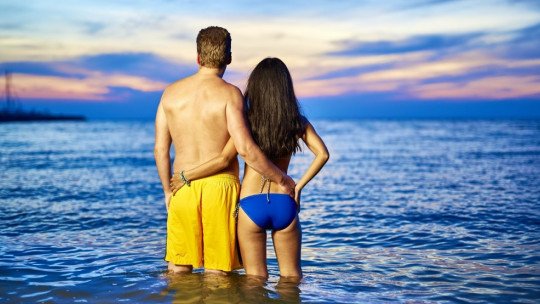 Relationships tend to be an aspect of emotional life marked by the intensity of the emotions involved. It is normal that in everyday life one spends a lot of time thinking about the partner or experiences linked to her, even when she is not there. However, there are limits to everything, and sometimes these emotional ties translate into habits and routines that demand too much of one’s self.

In this article we will talk about the absorbent relationships , what are the characteristics that allow us to detect them and what kind of solution can have each of the problems it poses (although in some cases the most reasonable solution is to end the relationship, as we will see).

It is normal for people involved in a relationship to notice from time to time certain strains on their lives while maintaining that special emotional bond. In the end, having a romantic bond requires, to a greater or lesser extent, accepting a commitment .

Shared obligations and responsibilities make the prospect of making sacrifices in the present to be with the other person in the long run a reasonable effort, and since being in a couple requires a certain amount of time and resources, this does not always fit with what each member, separately, feels like in the here and now.

However, it is one thing to invest the reasonable in the relationship and express to the other that we take into account their interests, and another thing to be unable to have life because of the constant demands linked (at least, apparently) to that love bond. It is at this point that absorbing relationships appear.

An absorbing relationship is, in short, a relational dynamic between two or more people in which either there is a clear asymmetry and one of the members has to sacrifice a lot to satisfy the demands of the other, or all the people involved have to dedicate all their efforts and time to the relationship, constantly, and with great effort. But this definition is somewhat ambiguous, so let’s see what the usual characteristics of these relationships are.

1. You have to wait many days to have time alone

Each person has different needs when it comes to needing to be alone more or less often, but the normal and healthy thing is that they don’t have to wait days to be able to do it (starting from the moment when that desire to reserve a moment for oneself arises).

In some cases, the members of the couple have a distorted vision of reality , according to which both form something like a super-organism composed of two people who can never be separated and must share everything. Trying to follow that principle is exhausting and frustrating in the vast majority of cases. Even those who are most in love usually require moments to do things that interest them without the interference of others.

2. No time to see friends

Starting a relationship does not mean giving up on friends. These bonds of friendship, which often take years to develop, are very valuable, but some people believe that in love relationships they are expected not to attend to these kinds of personal ties considered “peripheral”. There are even cases in which it is taken for granted that meeting these people without going to their partner, or without telling them first, is a betrayal , something that obviously discourages this kind of meeting.

This not only makes these friendships languish over time. It also creates isolation, which leads to a vicious circle: you spend all your time with your partner because there is no one else to meet and do things or launch interesting projects.

3. It is about changing personality to fit in with the other

There is nothing wrong with trying to improve in some aspects, but there are cases in which the members of an absorbing relationship, or one of them, propose to modify the whole structure of their own personality to be able to fit in perfectly with their partner, to the point of trying to develop hobbies for which they do not feel truly interested, adopting an artificial pose and attitude that does not correspond to their own identity, etc.

Ultimately, it is one thing to improve by aiming at a goal that has real meaning for you, and another to take as a reference what you believe the other person expects and make efforts to become that, just for the supposed good of the relationship.

4. Passive-aggressive attitudes towards self-initiative are adopted

In many engrossing relationships, it is frowned upon to break certain rules that, although technically of no real value, are considered important because they have to do with being together.

It is not that these are elements with a symbolic value associated with an important event (for example, going to the movies on the birthday of the relationship, as was done on the first date), but that we are not supposed to break these rules because the opposite implies individual thought outside the couple .

For example, going to work in the office instead of on the couch at home next to the lover or, in a less extreme case, spending a Friday going to a concert without the other person because they don’t want to go.

In these cases, passive-aggressive attitudes function in practice as a punishment without anything being done wrong in theory.

Communication and honesty is the key. It is necessary to express one’s own needs that one has and that do not have to be limited to the scope of the couple, and to do so in an assertive and honest way, but not in a one-sided or sharp way, as this is a change of habits that can be delicate and easy to misinterpret if everything that really happens is not explained.

On the other hand, if the other person is not able to respect the fact that more space is needed for oneself, this is considered a serious problem that transforms this relational dynamic into a toxic relationship, in which abuse (not necessarily physical) can easily occur.