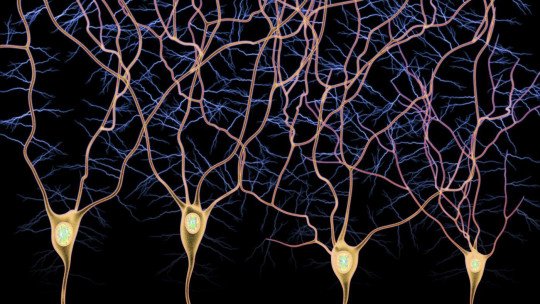 It is natural to associate the concepts “neuron” and “brain”. After all, neurons are the type of cell to which we normally attribute the possibility of thinking, reasoning and, in general, performing tasks related to the intellect.

However, neurons are also an essential part of the nerves that run through our entire body (along with glial cells). This is not surprising, considering the function of these nerve fibers: to make certain information travel through our organs and cellular tissues . However, although all these data transmission routes do basically the same thing, there are certain nuances and differences between them that make it possible to classify them according to their function. This is why we talk about the difference between the afferent pathway and the efferent pathway .

Afference and efference: one letter changes everything

To understand the concepts of afferent and efferent it is very useful to imagine the functioning of the nervous system as cognitive psychologists do, who use the metaphor of the computer as a descriptive model of the neuronal networks . According to this metaphor, both the brain and the entire nervous system function in a similar way to a computer; it has a part of its structure dedicated to being in contact with the surrounding environment and another part that is dedicated to working with data that it has stored and processed to obtain new information. Thus, the neurons of the brain and spinal cord would be this “internal” part of the computer, while the nerves that spring from the spine and reach the furthest corners of the body are the part in contact with the outside.

The pathways through which sensory information travels

Thus, all the information that enters through the sensory neurons travels through the afferent pathways, that is to say, those that transform the information that the senses collect and transform it into nervous impulses . In contrast, the efferent pathways are responsible for propagating the electrical impulses that are destined to activate (or deactivate) certain glands and muscle groups. Thus, if we wanted to stick to a simple explanatory scheme about what an afference and an efference are, we would say that the former informs the central nervous system about what is happening in the rest of the body and the data about the environment it receives, while efferent neurons are in charge of “transmitting the orders” and initiating the action.

Similarly, the word afference serves to designate the information that travels along these peripheral nervous system pathways, while the term efference is used to refer to the output (or output ) of data that goes from the central nervous system to muscle fibers and glands in charge of releasing all kinds of substances and hormones. An Aid to Remembering Better

The distinction between afferent and efferent is very useful to understand how we perceive and act on the environment, but can also be quite problematic because it is easy to confuse both terms and use them to designate the opposite of what is meant.

Fortunately, by using simple mnemonic tricks it is very easy to remember what each thing is, and the fact that these words are only differentiated by one letter makes remembering one letter also remind us of the other. For example, you can relate the “a” in “afferent” to the “a” in arrival , and the “e” in “efferent” to the first letter of “sending”.

Afferent and efferent pathways suggest a hierarchical functioning of the nervous system: while some neuronal groups inform about what is happening in the rest of the body and transmit orders to put into practice plans, strategies and protocols of action , others make decisions and give orders that others will follow. However, the functioning of our nervous system is not as simple as can be intuited in this very schematic vision of the trips that the nervous information makes throughout our body, for two basic reasons.

The first is that afferent and efferent neurons do not just passively transmit information: they also transform it. What reaches the spinal cord and the glands and muscles is a burst of data whose shape depends largely on how it has found each and every neuron it has traveled through.

The second reason is that, although it is true that decision-making depends more on the brain than on the neural networks of the peripheral nervous system, it is not clear who is in charge of whom, because they all occupy a place in a data cycle . In the end, afferent neurons send information to the brain without which action plans cannot be initiated, and the way in which the efferent pathways transmit information will have an impact on the body and the environment that will then affect the afferent neurons and, therefore, the brain. Think, for example, of storing a box of cookies so as not to be tempted to snack between meals: a change in the environment means that we then think and feel differently than we would with the box of cookies in sight.

In short, afferent and efferent neurons may have a simpler and easier task to study than the brain’s nerve cells, but they still play a vital role in our daily lives.