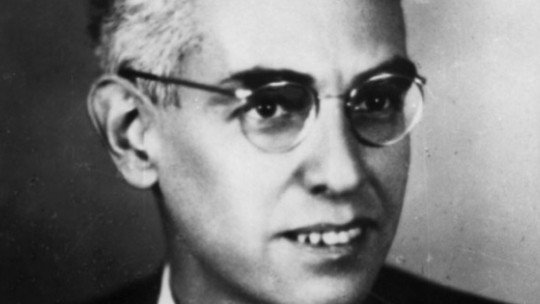 The name of Luria is widely known by all those who are involved in the world of neuropsychology and neurology. Aleksander Romanovich Lúriya is considered the main father of modern neuropsychology , combining the interest in mental processes and physiology of the brain.

In this article we present a brief biography of this important author and researcher of the human brain.

Aleksander Romanovich Lúriya (known as Aleksandr Luria, Aleksander Luria or Alexander Luria) was born on July 16, 1902 in Kazan, Russia . The son of dentist Eugenia Victorovna Hasskin and physician Roman Albertovich Lúriya, he grew up in a well-to-do family of Jewish origin where he was educated in various languages.

From his youthful years he began to train in the field of knowledge that he himself would help to expand. Let’s see how it happened.

The formation of Luria began at the age of seven, and was interrupted by the Russian Revolution. At the age of sixteen he was accepted into the University of Kazan, where he graduated in 1921.

His first interests were circumscribed to the field of social and psychology , being especially interested in the field of psychoanalysis. In fact, in 1922 he contributed to the creation of the Kazan Psychoanalytic Society, dealing with gender differences in clothing. He also became interested in the evaluation of mental problems and the effects of fatigue. Other authors he would admire and follow closely were Pavlov and Bechterev.

Luria met Vigotsky in 1924 at a Congress of Psychoneurology held in Leningrad. Together with him, he investigated the interaction between perceptive processes and culture when generating the higher mental functions in adults, with special importance of language.

The interest in the brain areas and the localization of the different functions began to emerge, criticizing the prevailing localizationism and proposing the idea of complex functional systems in which the functions depend on dispersed networks of connections and not only on a specific region.

After Stalin took political control and different political purges began, he was forced to abandon socio-cultural study, and focus on studying medicine with a specialization in neurology.

His interest in the area of language remained strong and he would often explore this area, especially in the field of aphasia and its relationship to thought

Luria worked in Kisegach during the Second World War , and often observed the effects of tumors and brain injuries. It was at this time that the foundations of neuropsychology were born by linking lesions with cognitive and language problems.

After the war, Luria’s work would focus on the development of language and thought, especially in children with intellectual disabilities

Father of modern neuropsychology, Luria’s legacy has allowed a better understanding of the functioning of the brain and the location of the various systems that enable certain functions.

Numerous evaluation instruments have been created based on criteria based on their work , in addition to allowing the development of techniques that allow the improvement and recovery of functions in cases of brain injury.