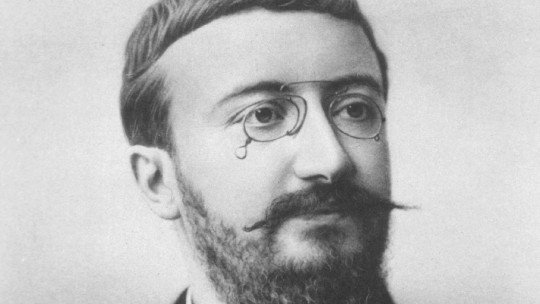 Most of us today know that it’s an IQ test. Employees in the clinic, school and working world, thanks to them we can have an approximate measure of the intellectual capacity of each one, which allows for example to adjust the education and training to the specific individual needs of those subjects with a level well above or below the average.

However, intelligence tests have not always been there, being in fact a relatively recent invention. The first of these was created by Alfred Binet ; we will now briefly review his biography.

From a doctor’s father and a painter’s mother, Alfred Binet was born in Nice on July 8, 1857 .

His parents would soon separate, moving with his mother to Paris. There he continued his education at the Lycée Louis-le-Grand, where he would finish high school. Once he had finished his studies, and this was what Piaget would do some time later, Alfred Binet decided to study law at the Sorbonne. However, he would end up developing an interest in psychology, which he would begin to do on a self-taught basis.

Binet married in 1884 the daughter of the embryologist Edouard-Gérard Balbiani, who encouraged him to study natural sciences, and later on Ribot would encourage him to continue his studies in psychology.

Initiation and research in the psychological area

Attracted by the psychological work on hypnosis and suggestion, subjects of great interest at the time, he would end up working together with Charcot at the Salpêtrière on aspects such as hypnosis, transference and perceptive polarisation. He remained in that hospital until 1891, when he was forced to publicly acknowledge as his own a series of methodological errors committed by Charcot as director of the research with supposedly hypnotised subjects. After that, he would leave the Salpetriere and his mentor, as well as the research on hypnosis and suggestion.

The birth (in 1885 and 1888) and growth of his daughters would help him focus on other aspects of psychology, contributing greatly to his focus on evolutionary development. He would make many observations regarding their growth, which would lead him to develop a concept of intelligence and even begin to develop a basis for the emergence of differential psychology.

With the passage of time he contributed to founding the first psychological research laboratory in his country in 1889. He would become the director of this laboratory, holding the position until his death.

During the year 1892 he was contacted by the psychiatrist Theodore Simon, who would eventually collaborate with him in the creation of the first scale of intelligence. Binet would tutor his doctoral thesis on children with intellectual disabilities.

In addition, in 1895 Binet created the first French journal of psychology, l’Année Psychologique.

At that time, the French government declared compulsory schooling for all children between the ages of six and fourteen. However, the sudden emergence of this law led to a great difference in the basal level of knowledge and skills of the students , and the administration decided that it was necessary to be able to classify students who presented great difficulties in following a formal education.

To this end, the French government organized a commission to study in a scientific manner how to identify those individuals who have difficulties in following a regular education, as well as how they could be educated and what measures should be taken with them. Binet would be part of this commission, which ended up dictating that it was necessary to establish a method to identify students with educational and/or intellectual delays. It would also determine the need to separate such students from regular classes, and special education would emerge.

Although it was necessary to use some kind of mechanism or instrument to classify the students’ abilities, at that time the only existing psychic measurements were based on Galton’s biometric method , which obtained data from the measurement of physical and physiological attributes. However, intelligence is a construct that could not be measured in the same way, so Binet would be asked to develop some kind of instrument for this purpose.

With Simon’s help, Binet would develop in 1905 the first scale for measuring intelligence, the Binet-Simon scale. This scale would use an executive-type criterion in which children had to use their abilities to solve certain tasks. These tests ranged from the most sensory to more abstract tests that forced the use of intellectual capacity. The aim was to measure what both Binet and Simon understood to be the fundamental factor of intelligence, practical judgment or common sense (based on the ability to understand, judge and reason correctly).

A total of thirty tasks were elaborated, especially related to the verbal aspect and problem solving. The main objective was to be able to distinguish those children between three and thirteen years old who had difficulties in following a normative education in order to be able to offer them a reinforcement. The age of the subject was taken into account, increasing with age the difficulty and the level of abstraction of the tests. A precise measurement of the intellectual level was not intended, so in its original version this scale does not include a precise scoring method.

This would change in 1908, when Binet would carry out a revision of this scale in which he would include the concept of mental age, understood as the age at which most people considered normative are capable of solving the same number of problems. This made it possible to establish whether there were more or less significant delays , as well as a better classification of the individuals.

Alfred Binet was against the idea that intellectual capacities should be unchangeable , raising the need for those children with below-average capacities to take special training courses in order to increase them. It considered that the environment was of fundamental importance in the development of abilities, not believing that differences in intelligence were due solely to biological causes.

This scale was quickly popularized because of the need for it and its ease of application. Binet would continue to make improvements on it, but shortly after his third revision was published he died of a stroke in 1911.

After his death and even before it, many other authors were interested in the scale created in collaboration with Simon. One year before his death Goddard would translate this scale into English and try to bring it to the United States , although the presence of significant differences between the French and American populations caused methodological difficulties.

Shortly afterwards, in 1912, Stern would work on the results obtained from the scale and would emphasize that the presence of specific delays at different ages has a more relevant meaning and implies greater or lesser alteration at a certain age, creating the concept of Intelligence Quotient.

Aware of the difficulties of application due to population differences and in knowledge of the concepts that other authors such as Stern were developing, Terman would carry out a revision of Binet’s scale, which would be called the Stanford-Binet scale . This scale would include the measurement of Stern’s Intelligence Quotient, multiplying it by one hundred in order to eliminate fractions. It would therefore create the IQ that is known today, allowing a more precise measurement of the level of intelligence.

The Stanford-Binet scale would be the main test of intelligence for decades, until it was overtaken by the birth of the Weschler scales .

In conclusion, Alfred Binet’s contributions to psychology have been of great importance, his works being an inspiration for many other authors such as Weschler or Piaget. However, his work has been used on many occasions to separate, label and disintegrate children with intellectual difficulties, his scale being applied with the opposite purpose to that intended by the author (to reinforce and help children with difficulties).

Although Alfred Binet is mainly known for being the creator of the first intelligence test, his work was not exclusively about this aspect.

For example, Binet worked on the definition of what we consider today as fetishism , understanding it as the product of the memory of a sexual excitement that appeared during childhood, being the fetish object the eliciter of such memory. Likewise, I would also propose a differentiation between small fetish and great fetish, being the paraphilic behavior typical of the second one.

He also made various contributions during his time at the Salpêtrière, such as various studies regarding hypnosis and suggestibility, or other contributions such as some referring to the study of personality.

Other works of interest include several studies on visual memory and intelligence , which I would carry out based on the game of chess. Although initially it was suggested that the good player had a high visual memory and this induced him to be able to play correctly, the conclusions of the study showed that creativity and experience were also necessary.

Finally, his work on graphology is also well known, or how a person’s writing can provide us with information about their way of being and perceiving.