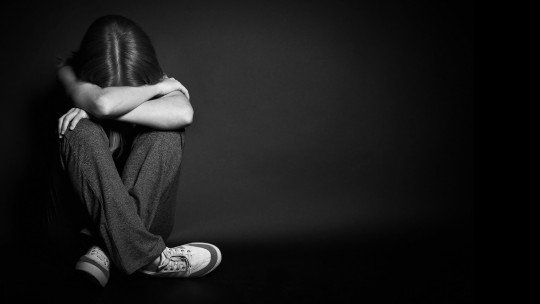 There are different types of phobias as explained in the article “Types of Phobias: Exploring Fear Disorders”. The human mind often surprises us, and one of those cases in which this occurs is when a person suffers from an ambulatory phobia or fear of walking .

Although it’s a rare phobia, the fear of walking can be very disabling. In this article, we look in depth at its causes, symptoms and consequences so that you can understand this phenomenon more fully.

What is walking phobia

Ambulaphobia is the irrational and persistent fear of walking or, in reality, it is the fear of falling , so the person avoids walking. Although it can be experienced at any age, it seems to be more common as a person gets older and more mature.

An individual may have walked without problems all his life, but as a result of a bad experience, an operation or a fall, he becomes unsafe, and is genuinely afraid to walk, at least to walk without a cane or a support that allows him to move.

Some individuals who experience this disorder are afraid to walk on both flat and uneven surfaces , especially when they are away from home, where they feel even more vulnerable and insecure.

The fear of walking and falling is a fear that many children may experience, but they quickly overcome it without further ado. Although it is totally normal at an early age, it ceases to be so in adulthood, and the person with ambulaphobia may feel anxious or afraid where he or she thinks there is danger of falling, and this fear and discomfort goes beyond the natural fear, becoming completely disproportionate to the situation.

The fear of walking is often the result of a past traumatic experience in which the person fell or saw another person fall. For example, it can occur when a person is prone to dizziness and thinks that he or she may get dizzy in any situation, fall down and hit his or her head.

The individual may suffer great discomfort as a result of this fear and avoid walking or walking without support. Walking is a highly functional act , and therefore, this reaction, can be really disabling.

Classical conditioning was first investigated by Ivan Pavlov, a Russian physiologist famous for his experiments with dogs. However, the researcher who made this concept popular and who studied this phenomenon with humans for the first time was the American psychologist John Watson, one of the precursors of behaviourism .

Other causes of this phobia

The theory that phobias have an environmental origin and that they are learned by classical conditioning is accepted; however, they can also be learned by vicarious conditioning, a learning by observation that is similar to modeling and imitation, but is not the same.

Other authors also think that we are biologically programmed to suffer from phobias , since fear is an adaptive emotion that has served human beings to evolve and survive. This explains why the primitive brain intervenes in this type of learning, which occurs through primitive and non-cognitive associations. This fear does not respond to logical arguments.

Ambulaphobia presents symptoms similar to any phobic disorder, because the only thing that changes is the stimulus that elicits these symptoms. Phobias usually cause symptoms that occur at the cognitive, behavioral and physical levels.

Behavioral symptoms are characterized by accelerated speech, avoidance of phobic stimuli and other coping strategies. Tremors, headaches, dizziness, hot flushes and nausea are some of the physical symptoms that occur when a person suffers from ambulatory phobia.

Phobias are fairly common disorders and belong to the group of anxiety disorders . Many studies have been carried out to try to find out which treatment is the most effective. Scientific research states that cognitive behavioral therapy works very well in helping patients overcome their irrational fears.

In addition to cognitive behavioural therapy, other forms of psychotherapy are also employed such as Mindfulness-based cognitive therapy, acceptance and engagement therapy and hypnotherapy.

In severe cases, anxiolytics or antidepressants may be administered, but always in combination with psychological therapy.