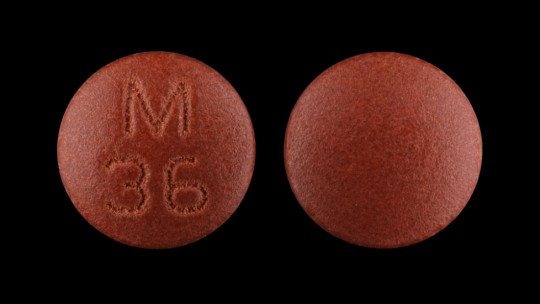 Although the current trend is towards the majority use of serotonin reuptake inhibitor (SSRI) antidepressants to the detriment of tricyclic antidepressants, there are still some of the latter that are very popular.

One of these drugs is amitriptyline , an antidepressant widely used in cases of major depression, and with a wide variety of uses both in the treatment and prevention of certain physical and psychological disorders.

Amitriptyline, known commercially under some names such as Elavil, Sarotex or Tryptizol, is an antidepressant drug . Specifically, amitriptyline is categorized as a tricyclic antidepressant. This type of antidepressant medication is distinguished by inhibiting, in the same amounts, the reuptake of serotonin and norepinephrine.

Therefore, by inhibiting the reuptake of these neurotransmitters, their levels increase. In this way, amitriptyline facilitates the maintenance of emotional balance , which is diminished in depressive disorders, among many others.

Unlike other tricyclic antidepressants, amitriptyline has virtually the same efficacy as selective serotonin reuptake inhibitors, making it one of the most widely used antidepressants in its class.

In what conditions is it used?

Like its many other antidepressant equivalents, amitriptyline is given for the treatment of a wide variety of mental disorders .

One of the main focuses of administration is the treatment of the symptoms of major depressive disorder. This emotional disorder is characterized by deep feelings of anguish and sadness, coupled with low self-esteem, which remain in the long term, causing great interference in the person’s daily life.

To a much lesser extent, this tricyclic antidepressant is given in some cases of eating disorders and postherpetic neuralgia , a condition caused by certain types of herpes and which causes great feelings of pain in the sufferer.

Much research has shown that amitriptyline can be particularly helpful in preventing certain ailments or conditions. Some of these include

At present, amitriptyline only is available in tablet form for oral consumption . Although it is usually recommended that it is taken four times a day and at approximately the same time, the relevant doctor can indicate the method of consumption that he or she considers most appropriate for each specific patient.

Below, we describe a series of generic indications which, although they can be used as a guide for consumption, it is always more convenient to follow the instructions of the doctor or, failing that, to turn to him or her when in doubt about the treatment.

As a general rule, and as with most psychiatric medications, it is recommended that treatment with amitriptyline be started progressively, starting with smaller, more distant doses that increase with the progress of treatment.

It is necessary to emphasize that, even if at first the patient does not experience the expected effects, he should never alter or modify the recommended doses, either by excess or by default. This means that in no case can the patient take the freedom to take more or less medication than recommended.

In those cases where the patient decides to alter the dose or stop taking the amitriptyline, he or she may experience withdrawal symptoms, as well as severe and sudden mood changes or sleep problems among many others.

What side effects can this drug cause?

Due to its effects as a tricyclic antidepressant that inhibits the reuptake of serotonin and norepinephrine, amitriptyline can cause a wide variety of side effects in the patient. Despite this, the patient should not stop taking it on his own, but it is advisable that, in the event of frequent or prolonged occurrence of these, he should inform the prescribing doctor, so that the treatment can be adjusted or changed.

Below is a list of the most common but minor side effects:

Although it is not usual, amitriptyline also can cause a number of serious side effects , which can compromise a person’s health. If any of them appear, the patient should contact the doctor immediately. These include

What precautions should be taken with its consumption?

Before starting treatment with amitriptyline, the patient should report any special health conditions in which he/she is, especially if these are related to any type of heart condition.

In addition, the patient should also be informed if he or she has any type of allergy, as well as the consumption of any other type of medication, dietary supplement or vitamin. Finally, there are some compounds made with natural herbs, such as St. John’s wort, which can also interfere with treatment.

In those patients who are pregnant or planning to become pregnant or are breastfeeding, they should also inform the doctor of their condition, since amitriptyline can cause fetal disorders or once the baby is born.

As for the precautions to be taken due to the sedative effects of amitriptyline, those patients whose daily routine involves driving or operating heavy machinery should pay special attention to the effects of this and even avoid these types of tasks or activities.