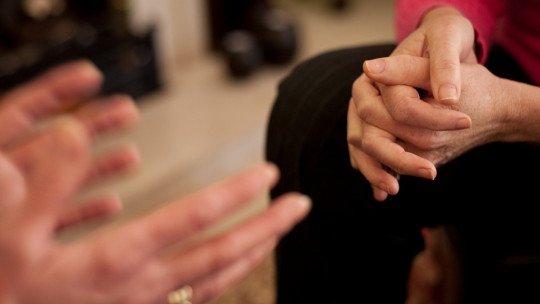 There is a wide range of psychological currents, from which various therapies dedicated to the treatment of different problems are derived. Currently, one of the most predominant approaches is the cognitive-behavioral one, focused on mental processes and their relationship with behavior.

The therapies derived from it have evolved over time according to the advances in the understanding of mental processes and the overcoming of previous limitations. One of the most recent treatments is the so-called analytical-functional psychotherapy .

Functional analytical psychotherapy is a type of psychotherapeutic treatment centred on the emission of behavioural patterns and their functionality and on its approach based on the positive link between therapist and patient as a mechanism for promoting behavioural change towards more adaptive behaviours and beliefs , as well as on the importance of language.

This is a type of therapy that is part of the repertoire of third generation behavior modification therapies. As the rest of this type of therapy takes into account the context in which the behaviours occur, it focuses on interpersonal relationships as a mechanism to provoke an improvement in the patient’s life and gives great importance to the social environment and communication as elements that cause the problems and that can also solve them.

The aim is to treat not the symptoms, but the cause of their appearance . Although it forms part of the cognitive-behavioral current, it approaches and integrates concepts and ideas from other currents such as psychodynamics or systemics.

The basis of functional analytical psychotherapy is found in what the subject does and says in the session itself, which allows us to see aspects of their performance in real life. His behavior in the consultation and the problems he manifests there will be representative of those he performs outside it.

Special importance is given to verbal behaviour and to the way of expressing oneself , since it helps to observe the type of behaviours carried out and to which they are attributed. The aim is for the patient to make an analysis of his/her own behaviour and interpret its causes and, in turn, through the therapeutic relationship, to promote improvement in the behaviour and cause changes in the functionality that the subject gives to his/her behaviour.

The different types of clinical behaviour

As we have said, what the subject says or does in consultation is the main element to work with in functional-analytic therapy. These behaviors that the patient carries out during the session are equivalent to those carried out in his/her daily life in terms of the function that the subject gives to them. These are the clinically relevant behaviours , among which three subtypes stand out.

Firstly, the relevant type 1 behaviours or those linked to the problem or disorder of the treated subject. These are the problematic behaviours that the subject manifests or performs during the sessions. The aim is to reduce these behaviours, but to do so the therapist must provoke them during the session in order to be able to work on them. Examples of this are dependency, excessive seeking of approval or recollection of certain memories.

A second type of behaviour is type two, those that generate an improvement or a different and more positive way of dealing with the problem situation. In this case we are dealing with behaviours that must be encouraged as much as possible, in a genuine and true way.

Finally, type three behaviours refer to the set of attributes or beliefs of the patient towards his own problem , which we seek to analyse jointly to determine what function they fulfil for the subject and what circumstances generate them. That is to say, why does the patient believe that he acts as he does and what makes him act in that specific way? The aim is to encourage the patient to analyse his/her own behaviour in such a way that it can generate positive modifications.

The identification of the different behaviours that the subject carries out in his/her daily life is mainly carried out through the analysis of the session itself and the language used by the patient.

In the first aspect, elements such as the temporality of the sessions , the existence of temporary periods without sessions or the failures or successes committed by the professional stand out. All of this will have an effect and will be indicative of the patient’s way of proceeding.

In terms of language, it is relevant what the patient says and what he does not say, and how he says it. For example, he should avoid talking about certain topics, he should make or respond to requests, how he refers to himself or how he attributes events. The intention with which things are commented on or the function that the subject gives to language is also material for analysis.

During functional analytic psychotherapy, the therapist’s performance is of great importance and a basic pillar for the good therapeutic functioning.

In this type of therapy, the professional has to pay attention to the clinically relevant behaviours that occur during the session, as well as working to build a positive therapeutic relationship with the patient that first allows the problem behaviours to be expressed and even deliberately provoke them in consultation.

Finally, it is fundamental to generate in the patient the capacity to analyze his own behavior and visualize the equivalence between his behaviors inside and outside of therapy.

In what cases does it apply?

Functional analytical psychotherapy has application in a wide variety of psychological problems and disorders. It is effective in treating mood , self-esteem, traumatic brain disorders, interpersonal relationships and personality disorders (such as histrionic or dependent)