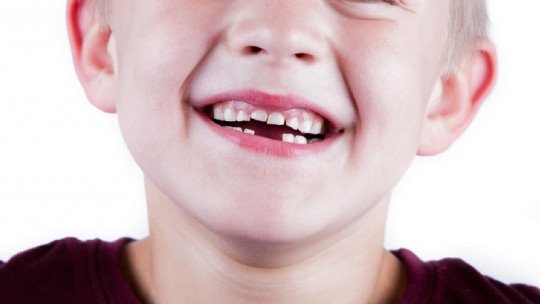 Angelman syndrome is a neurological disorder of genetic origin that affects the nervous system and causes severe physical and intellectual disability. People who suffer from it may have a normal life expectancy; however, they need special care.

In this article we will talk about this syndrome and go into detail about its characteristics, its causes and its treatment.

It was Harry Angelman in 1965, a British pediatrician, who first described this syndrome, as he observed several cases of children with unique characteristics. Firstly, this neurological disorder was called “Happy Doll Syndrome” , because the symptoms these children develop are characterised by excessive laughter and a strange walk, with their arms raised.

However, the inability to develop language or mobility correctly are serious problems that individuals with Angelman syndrome develop, which was not called that until 1982, when William and Jaime Frias first coined the term.

Early development of this condition

The symptoms of Angelman syndrome are usually not evident at birth, and although infants usually begin to show signs of developmental delay around 6-12 months, it is not diagnosed until 2-5 years of age , when the characteristics of this syndrome become more evident. At very early ages, children may be unable to sit without support or may not babble. Later, as they grow older, they may not speak at all or may only be able to say a few words.

However, most children with Angelman syndrome are able to communicate through gestures , signs or other systems with the right treatment.

Your symptoms in childhood

The mobility of a child with Angelman syndrome will also be affected. They may have difficulty walking due to balance and coordination problems . Their arms may shake or move abruptly, and their legs may be stiffer than normal.

A number of distinctive behaviors are associated with Angelman syndrome. At early ages, these children present:

Other possible characteristics of the syndrome include :

With adulthood, the symptoms are similar; however, the seizures usually subside and even stop , and hyperactivity and insomnia increase. The above-mentioned facial features remain recognizable but many of these adults have a remarkably youthful appearance for their age.

Puberty and menstruation occur at a normal age and sexual development is complete. Most adults are able to eat normally, with a fork and spoon. Their life expectancy does not decrease , although women with this syndrome are prone to obesity.

Genetic alteration as a cause

Angelman syndrome is a genetic disorder caused by the lack of the gene UBE3A on chromosome 15q. This can occur mainly for two reasons. 70% of patients suffer from a chromosomal alteration of 15q11-13 due to maternal inheritance, which is also responsible for a worse prognosis.

Other times it is possible to find uniparental disomy, by inheriting 2 chromosomes 15 from the father, which cause mutations of the UBE3A gene. This gene intervenes in the encryption of the subunits of the GABA receptor, causing alterations in the brain’s inhibitory system.

Diagnosis of the syndrome

Care needs to be taken in diagnosing this syndrome, which can be mistaken for autism because of the similarity of symptoms. However, a child with Angelman syndrome is highly social, unlike a child with autism .

Angelman syndrome may also be confused with Rett syndrome, Lennox-Gastaut syndrome, and nonspecific cerebral palsy. The diagnosis includes the verification of clinical and neuropsychological features, and DNA testing is almost indispensable.

The clinical and neuropsychological evaluation is characterised by the exploration of functional areas of the affected person: motor tone, motor inhibition, attention, reflexes, memory and learning, language and motor skills, as well as executive functions, praxias and gnosias and vestibular function, related to balance and spatial function.

Angelman syndrome cannot be cured, but it is possible to intervene and treat the patient so that he can improve his quality of life and encourage his development, so it is vitally important to provide individualized support. This process involves a multidisciplinary team that includes psychologists, physiotherapists, pediatricians, occupational therapists and speech therapists.

Treatment begins when patients are a few years old, and may include

When it comes to better regulating movement, activities such as swimming, riding and music therapy have shown their benefits. In some cases, a brace or surgery on the spine may be required to prevent the spine from curving further.