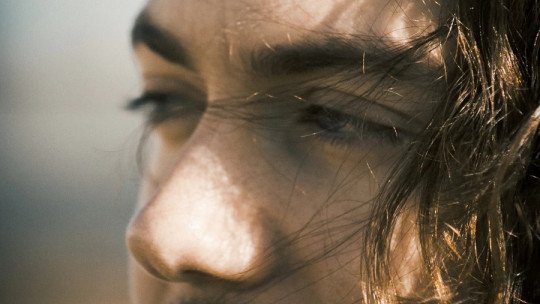 Losing a sense is always a cause of significant discomfort and difficulties in daily life. People who suffer from blindness or deafness need certain aids in order to be able to carry out their lives to the full, not without encountering obstacles along the way.

However, losing one’s sense of taste or touch also often has a very negative impact on people.

In this article we will talk about the loss of the ability to smell, that is, anosmia . This little-known disability should not be considered as insignificant, as it may even pose a threat to the person affected by this condition.

Anosmia is the inability to perceive the smell or, also, it can be the significant decrease of the olfactory capacity .

This problem can have a variable duration, being in many cases somewhat temporary, due to a cold or some passing problem in the airways. In other cases, the cause may be more serious and cause permanent anosmia, as would be the genetic factor and having suffered an accident with brain involvement, especially if the brain structures responsible for the sense of smell have been damaged.

Thus, the cause of this problem can be in the nostrils as well as in the nerves and brain. This can cause different types of anosmia , affecting the ability to smell from one or both nostrils. When you can’t smell from one nostril only, this is called unilateral anosmia.

Terms related to anosmia are hyposmia, which is a decrease in the ability to smell, and hyperosmia, which is when you smell the most. It may be the case that it is anosmic only for certain types of odours. When anosmia occurs from birth, it is called congenital anosmia.

How do we smell?

To better understand how anosmia can occur, we must first understand how our sense of smell works. Smell is the sensation resulting from inhaling particles that adhere to receptors in the mucous membranes of the nose. These receptors are found in the yellow pituitary gland. The receptors are capable of detecting up to seven essential odors: ethereal, musky, floral, mentholated, pungent, camphorated, and putrid. The combination of these allows the perception of up to 10,000 different fragrances .

If the nasal mucosa, nerves or brain structures involved in the perception of odour have been damaged, anosmia can occur to different degrees and with different treatment options if it is possible to remedy it.

The main symptom by which anosmia is identified is the absence of perception of olfactory stimuli. The way in which this loss of the ability to smell occurs can occur in multiple ways, either abruptly and insidiously or progressively.

The ability to detect odors is not as developed in humans as in other species; however, it has evolutionary purposes and its loss has disadvantages that affect the daily life of anosmic people.

Bad food, gas leaks and fires are situations that can be identified by smell . This is why not being able to detect them is a real risk for the person, since he or she is unknowingly exposed to a potentially deadly threat.

People who have lost the ability to smell in an acquired way lose their appetite, since they cannot perceive a stimulus from the food that makes it attractive, such as its good smell. This can degenerate into excessive weight loss and malnutrition.

In addition, in cases where this problem occurs in an acquired form there are depressive symptoms , because olfactory stimuli associated with emotional memories can no longer be felt, which makes the person feel that he or she has lost part of his or her ability to remember. In addition, loss of libido can occur when sexually arousing odors are not detected.

There are multiple causes that may be behind the appearance of anosmia, in addition to being able to affect different structures involved in the sense of smell. The temporary loss of the ability to smell may be due to infectious and inflammatory problems , such as colds, allergic reactions, acute sinusitis, hay fever, flu, polyps, tumors and bone deformities inside the nose.

In cases where this medical condition is severe and permanent, it may be caused by a head injury that has damaged brain structures or inherited this problem. Anosmia is associated with normal aging and also occurs in the early stages of dementia.

It can be a symptom in Alzheimer’s disease, Huntington’s disease, Parkinson’s disease and Niemann-Pick, as well as appearing in multi-system atrophy, schizophrenia, Korsakov’s syndrome and other serious disorders. It can also be a consequence of some problems at brain level can be behind suffering anosmia: brain surgery, aneurysms, traumatic brain injuries…

Kallman syndrome is the most frequent cause of congenital anosmia . In this case, it could be due to the fact that in the embryogenesis of the olfactory placoda there is a lack of olfactory epithelium that is replaced by respiratory epithelium in the abnormal development of the embryo.

Abuse of nasal sprays can affect the nasal mucosa, both vasoconstrictive nasal sprays and those used as a symptomatic remedy for some forms of allergy. While occasional use does not pose a risk, abuse should be avoided, and if you suffer lasting nasal inflammation, you should seek professional advice to evaluate other options. Nasal surgery, such as rhinoplasty, can also lead to this problem. Exposure to certain chemicals, such as insecticides and solvents , in addition to zinc deficiency has been associated with the development of anosmia.

When it comes to finding out if a person may be suffering from anosmia, it is necessary to conduct an interview, since, although it may seem surprising, there are anosmic people who do not know that they suffer from this problem, especially if they have it congenitally.

Acetylcysteine tests are used to detect this problem . The person is also asked if they have suffered any type of injury or if they have abused certain substances that are introduced through the nose. In addition, you are asked if you have had any breathing problems, especially in the nose. An examination of the inside of the nostrils is performed using a rhinoscope

Thus, a neurological evaluation is carried out to see if any nerves have been damaged after an accident. Cases of people who have been in car accidents or other types of accidents who have begun to suffer the symptoms of unilateral anosmia are more common than is thought.

It is common that cases of congenital anosmia are not properly detected , mainly because the person has never smelled in his life and, therefore, does not have the experience of what the sense of smell is.

Depending on what has caused the anosmia, there will be different treatment. Anosmia due to brain injuries is hardly treatable, but it is the one that has as a cause some inflammation in the nasal mucous membranes . In this second case, glucocorticoids, antihistamines, anti-inflammatories and antibiotics are used.

On the other hand, anosmias caused by nasal obstruction or the appearance of polyps and tumors will require surgical intervention. Certain losses of the ability to smell are due to nutritional deficiencies, such as lack of zinc, are corrected by providing the deficient substance.