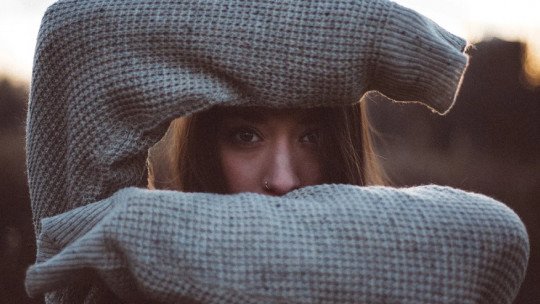 Phobias are, along with depression and anxiety, part of the most common mental disorders.

Although they tend to be less disabling than other disorders because the stimuli that generate them are not usually found in a continuous way, in some cases the stimulus or situation feared is much more widespread and can constitute a real nightmare, greatly restricting the person’s performance in various areas of life. This is what happens with phobias such as agoraphobia, social phobia or the phobia we are going to talk about in this article: anthropophobia .

What is a phobia?

While it may be more or less known to most people, before getting into the subject of anthropophobia it may be useful to specify what it means to have a phobia.

When we talk about phobias we are talking about irrational fears towards stimuli and situations that can be more specific or general, and that cause a deep level of anxiety and physiological activation that the subject himself recognizes as exaggerated for the level of threat that the stimulus in question represents. This panic and anxiety makes the subject tend to avoid as much as possible getting close to the stimulus or situation in question, which can have repercussions on his/her normal functioning.

It is not a matter of vulgar fear but of real panic that can lead to physiological or behavioural alterations such as the continuous flight and avoidance of places where the stimulus could appear or the escape from situations where the stimulus in question appears. In some cases the subject may remain with the stimulus but at the cost of great suffering and anxiety.

There are many phobias, some more limiting than others depending on both the stimuli and the circumstances in which they are presented or the subject is living (it is not the same to be afraid of flying as a bricklayer as to be a pilot, the fear being more relevant for the latter). One of the most limiting, especially considering that we live in society and that human contact is fundamental for us, is anthropophobia.

Anthropophobia or Fear of People

Anthropophobia is known as the fear of people . It is understood as that phobia or fear of contact with other people and their company, sometimes appearing also as fear of being judged by them. Fear appears not only before strangers, but they may also feel as threatening to their family and friends in spite of trusting them.

The subject often recognizes this fear as strange and irrational, but is unable to control it. The panic can cause difficulties in concentration and in following a coherent and continuous mental discourse. It can also lead to speech problems, becoming slurred by anxiety.

They generally avoid contact and company, not because they do not want it (in many cases they do, which in the face of their difficulty generates a deep suffering and feeling of loneliness) but because of the anxiety it generates . It is not uncommon for some of these people to become completely isolated, without contact with other people unless they have to live with them. They avoid eye contact and even physical contact, and often blush quickly at any attempt at interaction.

On a physiological level, when exposed to contact with other people, those who suffer from anthropophobia usually manifest tachycardia, hyperventilation, sweating, muscular tension, nausea , unrealisation, drowning, headaches, dizziness, trembling and general malaise. These reactions may occur not only upon direct exposure but also in anticipation of having to come into contact with someone.

This is a very limiting phobia, which makes it difficult to interact with most people in almost any situation and which will have repercussions on both a social and academic level as well as in the workplace . This is why its treatment is essential so that the individual can have a full life and no longer be limited.

Anthrophophobia can often be confused with other phobias, due to the similarity between the existing symptoms and the type of stimulation that causes them .

The most difficult differentiation to make is between anthropophobia or fear of people and social phobia, often considered the same phobia because of the similarity in their characteristics. But although in both cases there is an avoidance of social contact and the reactions are similar, some subtle differences can be detected between both types of phobia.

The main and most notorious one refers to what is feared per se. Social phobia involves the appearance of intense fear or anxiety in one or more social situations in which the individual is exposed to possible examination by other people, usually unknown (fear of people he trusts is not so common). He or she is afraid of acting in a way that could be judged negatively and being humiliated or rejected in the face of poor execution or the manifestation of fear or anxiety, which generates panic that leads to persistent avoidance or resistance to social situations.

In contrast, in anthropophobia the fear is specifically towards people and the attachment to them regardless of their judgement and the situation. It is not that they avoid social situations, but that their fear can make them avoid any direct contact with another person, even the most significant ones for them.

This doesn’t mean that they don’t have any kind of relationship. In fact it is common that they are presented together and sometimes anthropophobia has been considered a subtype of social phobia, but it is relevant to note that we are not referring to exactly the same thing and that they are not synonymous.

As with other phobias, the causes of anthropophobia are often not entirely clear. However, in many cases the intense panic at contact is often derived from the experience of traumatic or stressful events such as bullying, or in more serious cases mistreatment or even sexual abuse in childhood.

These experiences may have conditioned the subject’s response to contact with others, generating panic due to the association between social contact and the pain or humiliation suffered throughout life. The lack of social skills may also facilitate the appearance of this phobia , when not knowing how to act correctly in front of other people.

Finally, we have to take into account that it can also appear as a symptom of some disorder instead of as a disorder itself, as it happens in some cases in people with psychotic problems.

The treatment of this and other types of phobias is carried out through psychotherapy , and there are various treatments to be used with proven effectiveness.

The best known and most effective technique is exposure. Basically, the therapy implies that the subject is exposed to the feared stimuli in a progressive way until the level of anxiety, panic and physiological activation decreases. It is important to take into account that this exposure must be progressive , establishing a hierarchy together with the patient. Temporary escape can be allowed in situations where the anxiety is unbearable for the subject, as long as he or she returns to the situation.

It must be taken into account that for a person with anthropophobia the situation of going to therapy can also be aversive for the patient when facing a situation that requires contact with another person (the subject being in fact exposed to his or her feared stimulus). In this sense it may be necessary to establish a chain of steps in which the subject gradually comes into contact with the therapist through telephone, video call and finally face to face.

Apart from exposure, in anthropophobia it is very useful to work from cognitive restructuring to combat possible beliefs that may have generated or maintained panic at the idea of relating to another person. Training in social skills (although it would be necessary for the therapy to be already advanced) and assertiveness can also be useful to improve their abilities. Finally, the use of expressive therapies can be useful for them to express their fears and doubts, as well as techniques to increase their self-esteem.

On some occasions when the panic and anxiety are very intense, the occasional use of some type of tranquilizer such as benzodiazepines , or some types of antidepressant, may be useful . As with social phobia, the use of paroxetine seems to be especially useful.

However, it should be borne in mind that such use of pharmacology would not solve the problem itself, but would only reduce anxious symptoms temporarily. Thus, the treatment of anthropophobia and other phobias requires psychological therapy, although it can benefit from the use of pharmacology as something complementary.