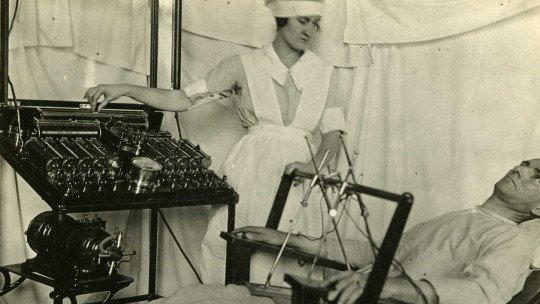 The conception of homosexuality as a moral or biological problem has existed in many societies throughout history. Christianity in particular has been very influential in this regard in European and American countries.

During the 20th century, developments in psychological therapy were used to modify behavior and alleviate the discomfort of people with a variety of “disorders. These included what some experts still call “egodistonic homosexuality,” which was supposed to be cured by redirecting sexual impulses.

Although “anti-gay therapy” was born into disrepute and has never abandoned it, it is still practiced today surrounded by controversy.

What is “anti-gay therapy”?

Sexual conversion therapy is a pseudo-scientific practice, that is, it falsely claims that its approaches are based on research. Many studies have reported the lack of effectiveness of this form of behaviour modification , to the point that there is no real debate in the scientific community about it.

The poor results of reorientation therapy are probably due to the fact that its objective is not only to modify behaviours or behavioural habits but also impulses with a biological origin, which are difficult to modify.

Although today the most common forms of “anti-gay therapy” focus on conversation and visualization, more controversial techniques such as aversive therapy, electroshock and even lobotomy have also been used .

Most commonly, homosexual people who agree to undergo this kind of “treatment” do so for moral reasons, because they see themselves as sick or abnormal and to avoid the social rejection they receive from their environment.

The most important advocates of sexual conversion therapy are Christian fundamentalist groups who seek to get others to adhere to the behaviors they consider ethical, especially members of their religious community.

In 1935 Sigmund Freud answered the letter of a woman who asked him to treat her homosexual son denying that this orientation was an illness and that it could be “cured”. According to Freud all children are bisexual and develop their definitive sexual orientation during adolescence depending on whether they identify with the mother or the father.

However, the popularization of behavior modification since the 1960s promoted the appearance of treatments that would come to be known as sexual conversion or reorientation therapy . Psychiatrists and psychologists such as Edmund Bergler, Samuel Hadden, Irving Bieber, Joseph Nicolosi and Charles Socarides defended the effectiveness of behavioural techniques to convert homosexuals into heterosexuals.

The scientific literature clearly discredited conversion therapy and recorded that increased the risk of isolation, anxiety, depression and suicide . Likewise, social activism achieved that homosexuality was no longer considered a disorder in the second edition of the Diagnostic and Statistical Manual of Mental Disorders (DSM-II), which appeared in 1968.

However, in the International Classification of Diseases (ICD-10), the diagnosis “egodistonic sexual orientation” is still in force, and many forms of “anti-gay therapy” are still practiced , which deny the evidence provided by research , especially in religious settings or with the aim of obtaining economic benefit.

Homosexuality as a paraphilia

Reorientation therapy for homosexuality bears close similarities to those carried out in paraphilias. This term now encompasses the focusing of sexual impulses on animals, objects, or behaviors involving nonconsenting people.

Thus, paraphilic disorders include pedophilia, zoophilia, exhibitionism , voyeurism or frotteurism, as well as other sexual preferences that may cause discomfort in the person who feels them or in others, as may happen with sadism.

This discomfort is one of the main criteria still used today to justify conversion therapy in cases of homosexuality. The problem is that the emotional problems do not derive directly from feeling attracted to people of the same sex, but from the negative social conception that can exist in this regard.

The way the ICE describes “egodistonic sexual orientation” is closer to the so-called “gender identity disorders” still in force in the DSM. In both cases the diagnostic category itself has a pathologising effect and a moralising effect since it separates the discomfort due to sexuality or identity from other causes, promoting the adaptation of the person to specific social norms and removing responsibility from the environment.

In a manner of speaking, diagnosing egodistonic homosexuality or a gender identity disorder would be similar to diagnosing victims of bullying or gender violence with an emphasis on whether the person is a child or a woman.

How was homosexuality “cured”?

Conversion therapy does not follow official guidelines because it is not recognized by the associations of psychologists and physicians. None of these treatments have been shown to be effective and most are in disuse.

We recommend that those interested in learning more about sexual reorientation therapy watch the television series Masters of Sex , which portrays some of these treatments and the view of homosexuality in general in the context of the birth of sex therapy in the United States in the 1950s and 1960s.

The punishment, usually substances that produce nausea or electric currents, was supposed to make the homosexual images stop causing excitement . In reality, aversive therapy only succeeded in increasing the feelings of guilt and fear of the people who were subjected to it.

In the past, some theorists of psychoanalysis argued that homosexuality was due to unconscious conflicts originating in childhood and that it could be “cured” by resolving these conflicts through psychotherapy.

Today, “anti-gay therapy” is mainly carried out through dialogue, at least when it is practiced in an open way. Some professionals in psychology and religious bodies practice a kind of counselling focused on convincing the person to repress his or her homosexual impulses.

Following the principles of conditioning, heterosexual images should become palatable with repeated practice and the newly developed attraction to the opposite sex could replace homosexual impulses. Masturbatory reconditioning has not been shown to be effective as a conversion therapy.

Electroconvulsive therapy involves transmitting low intensity electrical currents to the brain of an anesthetized person to alter brain chemistry in cases where other forms of treatment are ineffective.

Although if practiced correctly it can be effective in treating some resistant cases of depression , mania and schizophrenia , not only does it not “cure” homosexuality but at the time when conversion therapy was in vogue electroshock produced more frequent side effects such as memory loss and broken bones.

This category includes some of the most aggressive therapies that have been applied to “cure” homosexuality. For example, in the middle of the last century it was not uncommon to have lobotomies, i.e., surgical incisions in the brain, and homosexuality was associated with the action of the hypothalamus, specifically.

Estrogen treatments and even chemical castration have also been applied to reduce the libido of homosexuals.