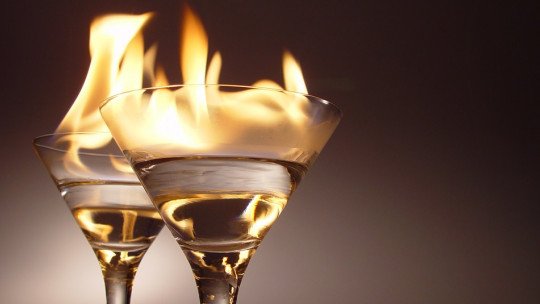 The relationship between the simultaneous consumption of antidepressants with other psychotropic substances, such as alcohol , has recently been studied by different specialists. This is because the frequent use of alcohol is a common practice in people who have a diagnosis of depression, just as depression is a frequent phenomenon in people who have alcoholism.

In this article we will see the mechanisms of action of both antidepressants and alcohol, as well as some of the effects and consequences of combining both substances.

The prescription of antidepressant drugs is based on the consideration that depression is characterized by a decrease in the levels of serotonin (a neurotransmitter associated with the activation of pleasant emotions).

Thus, antidepressants have the main objective of compensating for this decrease by ensuring that serotonin is concentrated longer in the synaptic space . This compensation may in turn favour the concentration of other substances and, depending on what they are, the adverse effects of antidepressants may increase or decrease.

The main types of antidepressants are

How does alcohol work?

On the other hand, alcohol is a chemical substance that has different uses and is present in various organisms and natural compounds. Ethyl alcohol, also known as ethanol , is the psychoactive substance found in alcoholic beverages for recreational use, such as wine, liquor or beer.

Its main effect is the depression of the central nervous system, since it produces a neurochemical inhibition in the GABAa receptors. In high consumption, and as a depressant, ethanol has consequences such as behavioral disinhibition combined with states of euphoria, drowsiness, dizziness , low reflexes, slowing down of movements, decreased vision, among others.

Their effects are very similar to those produced by psychotropic drugs such as benzodiazepines and barbiturates, since they act on the same neuronal receptors.

Having said this, we can describe some of the main effects that the combination of antidepressant drugs with alcohol consumption may cause .

Effects and consequences of their combination

As we have seen, alcohol consumption in depression is common, however, its interaction with antidepressants in people who have the diagnosis has been little studied, except in those who have a problematic consumption of alcoholic beverages.

These studies have shown that the combination of antidepressants and alcohol generates an enhancement of the effects that alcohol produces on its own. For this reason, the mixture of alcohol with different antidepressants is contraindicated . Below we will list in more detail some of the main reasons.

The clearest and best known effect of the combination of antidepressants with alcohol is the high probability of increasing its depressant or sedative effects on the central nervous system. The latter is true for both SSRIs (for example duloxetine, floxamine, fluoxetine or citalopram) and tricyclic and tetracyclic antidepressants (such as imipramine or mirtazapine).

The consequence of this is an increase in the experience of depressive symptoms in the medium term, as well as a prolonged decrease in alertness, coordination, motor skills, and a significant increase in drowsiness.

Likewise, the combination of alcohol and SSRI antidepressants, such as venlafaxine, and related medications, has been associated with a change in tolerance to alcohol , and with the exacerbation of the behavioral effects that the latter produces, such as the disinhibition of violent and sexual behaviors along with impaired memory.

2. Interfering with the metabolism of alcohol

In turn, this causes the psychotropic effects of the substance with which it is mixed (both ethanol and the drugs mentioned) to be enhanced. Because MAOIs interact with different substances that are easily found in food and beverages, it is important to take precautions with what is consumed. Improper mixing can lead to increased blood pressure and severe adverse reactions.

As with many other medications, mixing antidepressants with alcohol increases the likelihood of suffering the adverse effects associated with the medication. For example, major states of anxiety, sleep disorders, and organ damage .

Because alcohol causes drowsiness, and depression is sometimes characterized by difficulty in sleeping, drinking alcoholic beverages becomes a common occurrence. However, this is a short-term effect, since although alcohol consumption can cause rapid sleep, it is also common for it to alter circadian rhythms and cause states of wakefulness in the middle of the night.

Use of antidepressants in the treatment of alcoholism

As we have said, alcoholism and depression are phenomena that often accompany each other. In addition, different symptoms caused by alcoholism have been treated by means of various pharmacological prescriptions .

Although the use of anxiolytics is more frequent, since anxiety is considered one of the main causes of alcoholism, the use of antidepressants in the phase of dehabituation in alcoholism treatments has been recently studied. This phase consists of eradicating psychological dependence on alcohol.