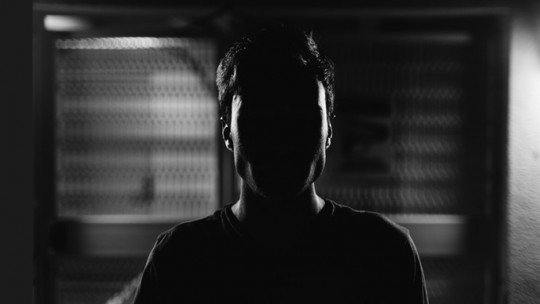 Being invisible to society and at the same time having the recognition of it are two phenomena more linked than we think. One of our greatest nightmares is being repudiated as a pariah by the people around us. To be invisible or not to be invisible, to be ignored among our peers, can become a determining factor in life, with significant consequences on our way of being.

From Psychology and Mind we explain the causes of this reality that many people suffer from, and we will try to point out some solutions

Our worst nightmare: being ignored by others.

I am sitting at a table in a bar, enjoying a good beer while listening to other people’s conversations among the customers. In Spain, if you want to find out something, go straight to a bar, possibly because of that unhealthy habit of raising your voice, you always end up finding out everything even if you don’t want to.

I look at a boy who has chosen a secluded nook and cranny to indulge his reading interests. The waiter has served three tables before whose guests came to him later. The boy looks at the waiter impatiently but he doesn’t see him, he looks like a ghost . However, a middle-aged man enters the establishment and everyone finds out about his presence, they turn to look at him, he is a recognized customer, one of those of all times.

The waiter knows exactly what this gentleman is going to have for breakfast and rushes to serve him between effusive conversations. The boy looks more and more irritated , not only because he feels uneasy but also because of the histrionic joy between the customer and the waiter. Finally, he ends up yelling at the waiter and leaves with a scowl.

Invisible people in the image society

This event made me reflect that, in a society as visual as the Western one, everything is easily digestible slogans . We have the vital obligation to portray absolutely everything , and a photo is always easy to digest (the saying goes, a photo is better than a thousand words).

We have developed the need to always be in the picture, and when this does not happen the world comes to us. It would then be appropriate to ask ourselves the following questions; what do we want to see in each picture? How do we want to be seen or remembered? And last but not least: what do we really observe in a photo?

This mystery has an answer: the information deposited in our brain, that is, all the data that we have introduced in the mind including the psychic dynamics transformed into habit and that forms the compendium of concepts that we have regarding our own being, society and the environment that surrounds us. In short, categorized information that has also been nourished by family, cultural and social idiosyncrasies .

From this point we have structured our psyche, in a complex system that obeys the schemes that have been mechanized like a gear in the deepest unconscious. When someone looks at us, it is not through his eyes but through his mind, and he sees (or rather interprets) what he has experienced. In the concept we have of ourselves (the self-concept) coexist both the urge to be absent and the inclination to be present. In certain areas of our life we would like to have a wide recognition while in others we need to disappear from the face of the Earth, to be completely invisible.

Alternating between this need to have recognition with the need not to attract attention is something totally normal and logical, since throughout our lives we go through different contexts, both personal and social. The problem occurs when one becomes unhealthily obsessed with a single need, since the person who suffers from it is applying the same schemes and norms to totally different situations, thus generating a feeling of frustration.

That’s when the psyche needs to create a new perspective on the world and itself.

The worst sin towards our fellow men is not to hate them, but to treat them with indifference; this is the essence of humanity.

The fear of not having emotional ties

Our greatest fear is to be despised, ignored or not at all . Relationships are more productive when they are stable, when affective bonds are created that offer the subject long-term protection (since we do not stop being social animals). The question is the empirical experiences that we live determine and condition different affective styles.

When certain affective styles are outside the norm, society usually rejects the members who possess them, since they do not comply with the previously established social canons. Just as many recognitions are unfair, disproportionate or exaggerated, a large percentage of social exclusion is also unfair. Many times we boast of our justice, but we always end up making certain groups invisible, that is the evil of our century. We are more afraid of not standing out than of doing so, even if it has a negative effect.

There is only one thing in the world worse than being talked about, and that is not talking about you.

Between reality and appearances

Not being visible is due to problems of social adaptation, like the boy at the bar who only stood out when he yelled at the bartender. But I’m sure the kid didn’t take kindly to the anger. It didn’t occur to him to get noticed through dialogue and assertiveness.

However, these situations are also due to certain illusions and expectations ; they do great deeds or try to attract attention in order to receive rose petals and applause accompanied by drumming, but this is still a mere self-deception because we are not recognized for what we are but for what we appear to be.

Reductionism of the senses

Many emperors, generals and leaders of antiquity feared not to be remembered, and that fear hides an even greater fear; the fear of being ignored. Do we exist if no one sees us? Of course we do, it would be enough for each one to accept himself , with all the virtues and defects, but for this we must strengthen, as senders and receivers, all the senses, perhaps in this way we do not give so much importance to the image.

But sooner or later the other person’s gaze comes; it can be a positive or negative judgment. Or much worse: we can be relegated to the half-measures of indifference , that grey colour that smells of mediocrity and in which we do not wish to suffocate. It is precisely at the worst moments, precisely at that moment, when it is shown whether we are capable of loving ourselves or not.

In conclusion, is an introspective analysis and much more , we could start by including the sense of hearing in a totally visual world. The problem does not lie in not being seen, but in not being heard and not knowing how to listen, among other things. We need to tune up our hearing more and less our sight! We need to stimulate all the senses!