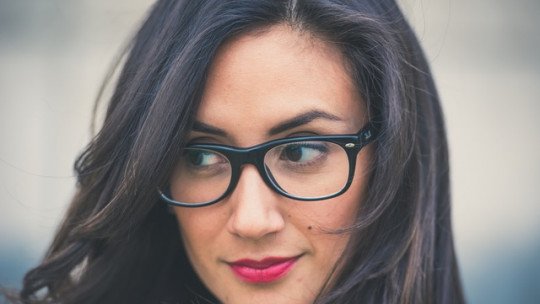 What is intelligence? Many theorists have tried to define intelligence, and it is not easy. Different theories propose different ways of measuring our intellectual capacity, from Howard Gardner’s model of multiple intelligences to the theory of the G-factor developed by Charles Spearman, as well as others that emphasize more certain aspects of our intellect.

Intelligence: more than an IQ score

Although many academics have tried to question the way we tend to think about intelligence, the truth is that even today the main intelligence tests measure our IQ, also known as IQ.

The IQ is often criticized for being a score that does not take into account the complexity and the different manifestations of our intellectual capacities. Why are there people who find it difficult to solve relatively simple mathematical problems but have a great capacity to be creative or to convince their interlocutor with perfect arguments? Creativity and expressiveness are concepts that have little or no influence on conventional intelligence tests, but are fundamental skills for an individual to develop and survive in today’s society.

Habits and tastes that can make you smarter than average

Be that as it may, and while academics investigate the various manifestations of human intelligence, what is clear is that there are people who are more capable of successfully facing certain challenges of daily life, while there are others who show more difficulty.

Through various scientific studies on the subject, today we have collected a total of 11 signs that you are smarter than average .

1. Being the big brother

Although it seems to be a variable of little interest, science has shown that being the big brother gives you a better chance of having an above average IQ .

How is that possible? The trick is twofold: there are certain biological factors that reward the older sibling, since he was conceived and gestated by a younger mother (and usually also a father), and therefore in a slightly better state of health compared to younger siblings . In addition, there is also a factor of interaction and psychological stimulation between parents and children, which would provide greater resources to the first-born children. In fact, a team of researchers in Norway found that, in a sample of 250,000 men born between 1968 and 1977, the oldest brother had an average IQ of 103, the second brother had 100 points and the third brother lowered his score to 99 IQ points.

More about this: Bigger brothers are smarter than little brothers; In fact, psychologist Maria Konnikova, collaborator and scientific disseminator of New Yorker , explained that left-handed people are more skilled at using divergent thinking , which she defines as “that form of creativity which allows new ideas to be invented from a symbol”. Konnikova also points out that “left-handers are better able to combine several ideas to build a third one”. It seems that left-handers have a special talent for innovation and creation.

Are the people most concerned about their lives those who tend to have the highest IQ? Well, it seems that way.

The psychologist Alexander M Penney carried out research on 100 students at the University of Ontario (Canada). Each student answered an intelligence test, and then they were asked about their level of concern. The students who said they tended to have a worry in their head most of the time were those who had better scores on the verbal intelligence tests. On the other hand, another study at SUNY Downstate in New York also reported that patients with severe anxiety conditions had higher IQ test scores , statistically, than patients with less severe conditions.

4. Have ever used soft drugs

Be careful, this does not mean that taking soft drugs is good for your intelligence: quite the contrary. But it does seem that people with a high IQ in childhood tend to try some soft drugs sporadically in adulthood.

This was the conclusion of research carried out in 2012 by James W White and his collaborators. White himself commented: “There is a clear relationship between high IQ in childhood and trying soft drugs as an adult. An above-average IQ could encourage risky behaviour in adulthood, surprisingly”. Be that as it may, it is much better to avoid drugs.

There is a lot of research that indicates that learning music helps us to develop our cognitive and intellectual capacities s , especially during childhood.

After research in 2004, it was found that six-year-olds who attended singing or piano lessons for six months experienced an increase in their IQ score. These data were compared with other children who attended drama and acting classes, or similar extracurricular activities. Another curious correlation that needs to be qualified. Although some studies have shown that people who consume alcohol frequently are a bit smarter, this does not mean that drinking alcohol makes us smarter . In fact, it is exactly the opposite.

There is a study conducted at the London School of Economics and Politican Science led by Satoshi Kanazawa that reported a relationship between IQ level and the consumption of alcohol, cigarettes and other drugs. But we must insist: these are correlational trends that, for both our physical and psychological health, we must reject. Healthy life!

7. Living with a cat

Another curious, but true, correlation. Or at least this is what several scientific studies say: people who live with a cat usually score higher than average on intelligence tests .

Are you more of a dog or a cat? If you’re more of a cat person, you can be satisfied, as a study conducted by Denise Guastello in 2014 found that cat owners statistically score higher on IQ tests. It is also true that dog owners differed in their personality profile from cat owners, scoring higher on extraversion.

Many books and studies coincide in pointing out the importance of breastfeeding during childhood for the correct cognitive development of the child .

No more and no less than 7 points difference in IQ between breastfed and bottle-fed children, according to several studies conducted in the United Kingdom and New Zealand.

9. Essential: have a sense of humor

Do intelligence and a great sense of humor have anything to do with it? Well, it seems to be, at least that’s what the science says.

Research from the University of New Mexico, in the United States, found a statistically significant relationship between sense of humor and IQ . To obtain these results, the scientists tested more than 400 students at the university to measure the IQ of each of them. Later, these students were asked to add a comment to satirical cartoons in a well-known newspaper, and the quality of the comments (in terms of humour, of course) was assessed by anonymous subjects. Thus, it was detected that the smartest students were also the most witty and funny ones.

10. Knowing how to read at a young age

At what age did you learn to read? This is not a trivial fact, since science has shown that there is an important trend: the earlier we learn to read, the smarter we will be as adults.

A team of researchers carried out various tests and trials on more than 2,000 identical twins in the UK. It was found that the brother who first learned to read had a higher intelligence in the future, expressed in his score on intelligence tests. As is easy to assume, learning to read at an early age increases our verbal and logical skills.

11. Is it possible to increase intelligence?

Yes, it is definitely possible to stimulate and enhance our intellectual capacities. I will explain it in the next article:

“The 5 key tricks to increase your intelligence”