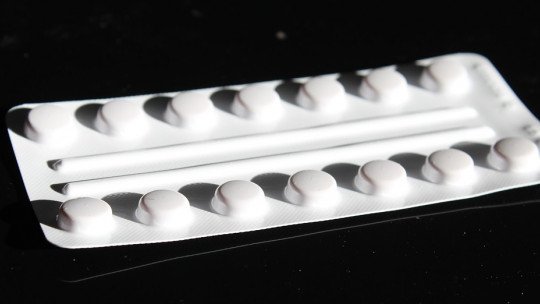 The treatment of the different mental disorders can be done through different ways. One of them has to do with the modification of brain chemistry through the use of psychopharmaceuticals, generating through such modification that the symptoms are reduced.

Most psychopharmaceuticals have been synthesized with a specific problem in mind, but often their mechanisms of action prove effective for more than one problem. Atomoxetine is one of these products , of which you will find a brief description in this article.

Atomoxetine is a psychoactive drug created as an antidepressant which acts as a specific noradrenaline reuptake inhibitor. It is a substance derived from methylphenoxy-benzenepropanamine that has similar effects to those of noradrenaline and adrenaline.

It also has a nootropic effect , contributing to maintaining concentration and giving a better response at the cognitive level, generating positive effects on memory and on the development of strategies.

The action of atomoxetine occurs at the level of the entire brain, with effects observed in areas such as the hypothalamus, hippocampus, cerebellum and prefrontal. This blockade of reuptake is very specific to noradrenaline and practically does not affect serotonin or dopamine, although in the latter case an increase in the prefrontal is observed. It also appears to increase acetylcholine levels.

Although atomoxetine was designed as an antidepressant for people with depressive disorders , it is not usually used for this type of problem due to the greater effectiveness of other substances.

Its main use, and the one for which it has proved most effective, is for the pharmacological treatment of patients with ADHD . In spite of this, it is not a drug whose effect is psychostimulant, like most medications that treat this problem. In fact, it is the first non-stimulant psychoactive drug approved and indicated for the treatment of ADHD.

This is positive, since patients with this disorder may present in a comorbid way tic disorders, which may worsen if stimulant medication is used (which is the main pharmacological treatment applied to subjects with ADHD). Therefore, atomoxetine can be a very effective treatment that, being non-stimulant, does not exacerbate the symptoms of tic disorders. The beneficial effects are observed in both minors and adults.

It is also indicated in cases of narcolepsy.

Like all medicines, atomoxetine can cause a variety of undesirable side effects . The severity of these side effects can vary, but they are usually mild.

Some of the most frequent are anorexia (understood as lack of appetite), some weight loss linked to the above, gastrointestinal problems such as nausea and vomiting, irritability and sleepiness . In adults it can also cause sweating and loss of sexual desire, as well as urinary and fecal retention.

At a cardiovascular level it can also generate alterations, increasing blood pressure and heart rate. This is why it is contraindicated in people with cardiac alterations. It is also not recommended during pregnancy or breastfeeding .

However, the most worrisome side effect, which is shared with other antidepressants, is increased suicidal ideation in minors, as well as aggression, anxiety or behavioral or mood disturbances . It is necessary to take extreme precautions, especially when starting treatment or changing the dose.