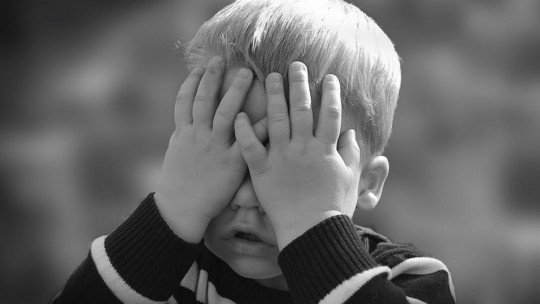 Diagnostic classifications categorize autism spectrum disorders differently. Thus, the DSM-5 eliminates the distinction between Kanner’s or classic autism, Asperger’s syndrome, Rett’s syndrome and childhood disintegrative disorder present in the fourth edition of the manual, while the ICD-10 includes the diagnosis of “Atypical Autism” .

In this article we will explain the basic characteristics of this variant of autistic disorder. The diagnostic category is used primarily to describe forms of autism in which the symptoms are mild, uncommon, or simply not present in all areas , or the age of onset does not correspond to the classic.

The fifth edition of the Diagnostic and Statistical Manual of Mental Disorders (DSM-5), which is used as a reference by many clinical psychologists but has received a great deal of criticism, redefined the pervasive developmental disorders described in the DSM-IV into a single category: Autism Spectrum Disorder .

Both the DSM-IV and the tenth edition of the International Classification of Diseases (ICD-10) divide autism spectrum disorders or pervasive developmental disorders into different diagnoses: childhood autism or autistic disorder, Asperger’s and Rett’s syndromes, and childhood disintegrative disorder.

Both classifications also include an extra category; in the case of the DSM-IV this is the “Pervasive Developmental Disorder Not Otherwise Specified” drawer, which roughly corresponds to the diagnosis of “atypical autism” described in the ICD-10 . Let’s see what this disorder consists of.

What is Atypical Autism?

The ICD-10 defines atypical autism as a pervasive developmental disorder that does not meet the diagnostic criteria for autism ; this includes cases in which symptoms and deficits are present after age 3 or are not present in the three classic areas of autism: social interaction, communication, and restricted, repetitive, or stereotyped behavior.

According to this manual, atypical autism occurs mainly in people with severe intellectual deficits whose low level of functioning prevents certain behaviors, as well as in others with severe receptive language disorders. As we will see below, research suggests that these cases can be classified into three distinct subgroups.

There is some debate about the specific characteristics of this form of autism. While some experts describe it as a mild variant of classic autism, others consider that its clinical characteristics and the relationship with other disorders make atypical autism worthy of consideration as a distinct disorder.

Overall, it appears that studies indicate that the average severity of cases of atypical autism would be between that of classic autism and Asperger’s syndrome, which is associated with improved social and cognitive functioning. However, given its diagnostic characteristics, atypical autism is a composite entity with very diverse cases.

A study by Walker and other authors (2004) published in the Journal of the American Academy of Child & Adolescent Psychiatry compared the level of functioning of children with autistic disorder, Asperger’s syndrome and atypical autism.

This research team identified three distinct subgroups that met the diagnostic criteria for classic autism, in addition to finding that it is generally a mild variant of classic autism.

The most common subgroup of atypical autism, which accounts for more than 50% of cases, is children who meet all the diagnostic criteria for autistic disorder but who show reduced signs in the area of repetitive behaviors . This means that social deficits are much more significant than stereotypes and restriction of interests.

According to this research, 25% of people with atypical autism present symptoms and signs in the three areas relevant to the diagnosis (communication, interaction and stereotyped behaviours), although they are not sufficiently marked to meet the criteria. This subgroup would include many cases of autism with severe intellectual deficit.

The third set of cases has similarities with Asperger’s syndrome : it is characterized by relatively normal language functioning, but this diagnosis cannot be made because there is a delay in language development and/or relevant cognitive deficits. The proportion of this subtype is also approximately 25%.