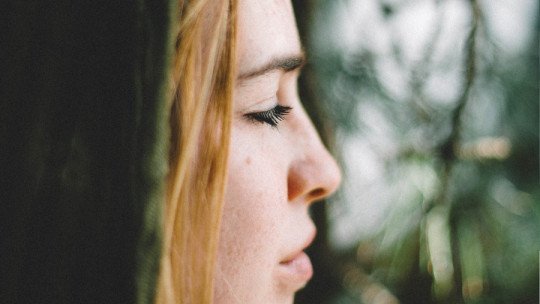 Autism is a neurodevelopmental disorder that has experienced a major boom in recent decades. Every day there are more accurate tools to detect it and to address the daily resonance of those who present it.

A related issue (which has “aroused the interest” of the scientific community) is that of a possible bias in its diagnostic process, which would reduce the probability that women or girls could be identified as autistic and benefit from the multiple forms of therapy available for this condition.

Although a number of organic factors have traditionally been postulated as explaining why there are many more boys than girls with autism, theories about psychological and social variables are beginning to emerge that are of enormous importance to the clinic and to research.

In this article we will address the issue of autism in women , and also detail how autism can be expressed, both in generic terms and in the female population. We will also outline the reasons why, in the latter case, it may be more difficult to confirm its presence.

Since autism was described by Leo Kanner in 1943 as a lack of interest in social aspects and an intense resistance to environmental fluctuation, this neurodevelopmental disorder has undergone numerous changes in its clinical formulation and even in its diagnosis . Together with those of the aforementioned author, the contributions of Hans Asperger (with special emphasis on verbal expression) allowed the health sciences to articulate a series of theoretical models and practical keys aimed at understanding and identifying them in the practice. All of them flourished throughout the 1970s, eventually converging in the writing of the criteria of the DSM-III manual (1980).

At first the possible presence of three cardinal dimensions was considered, with which the presentation of such disorder could be summarized , although recently these have been reduced to only two: communication or social interaction (difficulties in initiating a situation of reciprocal exchange with an interlocutor, together with severe alterations in the pragmatics of language) and behaviour of a restrictive or repetitive nature (inflexibility for thought and behaviour, irritability/deficient impulse control and tendency to symmetry and repetition).

The new diagnostic manuals (DSM-5, 2013), have also made other changes in the traditional way in which the most classic autism was contemplated: elimination of Asperger’s syndrome and definitive inclusion of the pervasive developmental and disintegrative disorder in a comprehensive label called Autism Spectrum Disorder (or ASD), by which all its possible expressions are summarized in a single, heterogeneous category . These modifications have not escaped some criticism, based above all on an increase in ambiguity.

Likewise, with this new redefinition, it became necessary for the clinicians who made such a diagnosis to also indicate the existence of some degree of intellectual disability in their patient (since not all of them present it in the same intensity) and the threshold of severity attributable to the problem. For this case, a differentiation was made in three possible levels (the not very eloquent levels 1, 2 and 3), according to the power of the symptoms to interfere with the evolution of daily life. In this way, autism acquired a dimensional nuance, as opposed to its old categorical prism.

The increased theoretical/clinical contextualization of autism in recent years has made much information available on its epidemiology. It is now known that 1.6% of people suffer from some form of autism (among all those mentioned above and with very different degrees), and that this percentage has experienced a very notable growth in the last decade. Similarly, all the literature on this topic coincides in pointing out that it is a more common condition in men than in women (approximately 80% of those affected are men).

The latter, which has been unanimously accepted since the dawn of autism research (even supported by hypotheses such as the “hypermasculinized” brain, which the prestigious Simon Baron-Cohen proposed in the 1990s after researching many people with ASD), is now being seriously and rigorously rethought. It is being postulated that the traditional results on how the biological sex variable is distributed in this population could be conditioned by gender stereotypes or explained by the popular theory of camouflage.

Autism in women: does it have distinctive characteristics?

What is really true is that the question raised in the title of this section still has no clear answers. There is a wide variety of studies aimed at delving into this issue, but their results are ambiguous and inconclusive. Today we know that everything that differentiates neurotypical children (without ASD) in the way they interact could also be transferred to the territory of those living with the neurodevelopmental disorder, which is why they could have more refined social skills in the early years and during adulthood.

The differences at the cognitive level do not show a clear profile either . In some cases it has been described that women with this diagnosis have more alteration in dimensions such as attention and/or inhibitory control, but this has not been able to be replicated consistently. The same can be said about emotional regulation, where the results are very contradictory. All these functions, which are included within those considered executive (and which depend on the functional integrity of the frontal lobe), would not allow for the successful “discrimination” of boys/men and girls/women.

Let’s see what are the signs that could help detect this problem in girls , although the isolated presence of these features is insufficient to confirm that ASD is present. Nevertheless, knowing them is fundamental, as it is common for diagnostic errors to occur (being confused with ADHD or other psychopathological mood or even anxiety disorders).

Girls with ASD may sometimes resort to isolation in situations where other children engage in active play behaviors (parties or recess, for example). In such contexts, especially when children with whom they have a closer bond are not present, they choose to withdraw to a quiet place and cease all interactions. These behaviours can be interpreted as sadness, although they are not always related to this emotion .

Another common behavior in girls with ASD is that of showing emotional reactions that do not seem to respond to a situation that is objectively in the environment . Therefore, they may cry or scream in an unexpected or unexpected way, and even suffer from acute anxiety attacks without finding a precipitating factor.

It is often a cause for concern among parents, which warrants consultation with various health professionals in their distressing search for reasonable explanations.

3. Imitation and absence of spontaneity

The social behavior that unfolds among girls with autism lacks all naturalness . The adult who observes her has the feeling that she is out of place, as if she is only reproducing with some clumsiness what others are doing. The fact is that these girls do not spontaneously seek to participate, but usually do so on the initiative of others. That is why they seem to concentrate, without much interest, on what they are doing; ignoring all their “original” contributions (in form and content).

Girls with autism may adopt rigid habits, even when they play. In the event that a peer wishes to participate in these dynamics, they often behave with excessive “authority”, directing the activity and imposing very narrow limits on what can be considered correct and what cannot . That is why their opinions are “immovable”, and it is not easy to change their minds when the task becomes boring for the rest of those involved in it.

Girls with autism may develop a tendency to seek out bonds of friendship that are reserved only for them , forging a limited social network (in numerical terms), but for which they trace a bond of great dependence. In addition to this situation, they may become “obsessed” with the person they consider to be their friend, restricting the possibility that they may expand their own circle and insistently seek their presence. Such relationships can be experienced in anguish, and even cause intense explosions of jealousy.

In many cases, girls with autism focus their efforts more on the progression of play than on play itself. In this way, they spend a lot of time explaining how to play and arranging the necessary elements for this purpose (dolls, for example), but they only participate a little in the play activity itself. It is common that this way of proceeding causes other children to get bored, or even to stop interacting with them. It could be the reason for many early forms of rejection.

Girls with ASD may have trouble understanding set phrases or even popular sayings because they use metaphorical language that requires a very high degree of verbal abstraction. This is why there is a special literalness in the use and understanding of the message , which also manifests itself in difficulties in “fitting in” to the jokes made by their peers during play.

Many studies have been carried out on autism, and most of them confirm a higher risk among men, in a ratio of 4:1 to women . This data has been explained very frequently by alluding to disparate neurological and genetic reasons, although recently social nuances are being incorporated to account for this issue (as well as psychological and sociocultural ones). We shall now proceed to explore the issue.

While autism can be detected early in life in the form of very subtle signs (eye contact, for example), it is most often a little later (3 to 7 years) when the diagnosis can be more safely made. Most studies agree that during this period boys show more obvious symptoms than girls, for whom these are usually evident in adolescence. It is at this time when not only their social impact becomes evident, but also when comorbid mood and anxiety problems arise that mask their expression.

Girls with autism often have different problems in adolescence in terms of how they interact with their peers, as compared to boys. Social expectations of each other are also different, in such a way that they are expected to forge friendships in smaller groups and that the activities they share are of a calmer nature , while they are expected to be more actively involved in larger groups where friendship acquires a more collective tone. This makes isolation more easily detectable in males, so that suspicion of ASD is quickly precipitated even among teachers.

The female dynamics make it easier for girls with autism to forge diabetic (“best friend”) relationships, following the pattern envisaged in their case, while at the same time “watching over” a problem that would be expressed much more eloquently if a “social pattern” similar to that of boys were expected of them. Many authors propose that they have better social skills than men, as well as better imitation skills and superior use of language, which would also contribute decisively to the camouflage of the problem. In short, they could “hide” their difficulties more successfully (from the age of six onwards).

Other authors consider that the range of restricted interests of women with ASD is more socially accepted than that usually adopted by men . Thus, it would be usual for them to be associated with fashion or literature, just to point out some example. This would generate less alarm among parents, since these are activities for which society reserves a positive judgment, and the presence of the problem would not be suspected.

In short, the different expectations that parents and society place on their children according to their gender, together with the disparate social expression of boys/girls, could be an explanatory factor for the particular distribution of ASD according to biological sex (together with the traditional variables of genetic and neurological order). In fact, there is evidence that (starting from a comparable cognitive/intellectual level), parents detect autistic symptoms in girls worse than in boys. And all this despite the fact that, in their case, the psychopathological consequences associated with social difficulties are more severe when they reach adolescence.