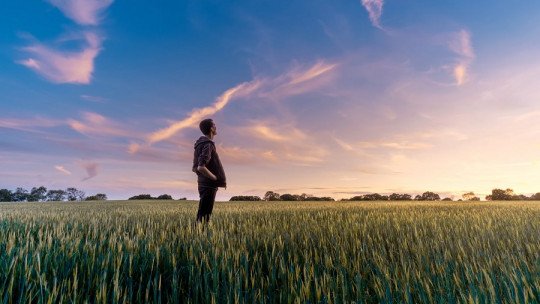 Psychology is a science that, in the middle of the 19th century, embraced positivism as the only reference for the development of its corpus of knowledge. That is, it adopted as its own the model of the natural and exact disciplines, as well as its high pretension of rigour.

However, as time went by, many authors considered that the object of study of Psychology had a particularity that differentiated it from such subjects: he who observes is, at the same time, the observed (subject and object fusion). The study of the human being is led, thus, another human being; so it is very difficult to subtract it from its basic experiential dimension and understand it as an alien object, immutable, predictable, categorizable and objective.

This consideration gave rise to constructivist and phenomenological thinking, emphasizing the relevance of Psychiatry and Psychology as instruments to access the being “in itself”. In this context, Binswanger’s existential analysis was born.

Binswanger’s existential analysis emerges from 19th and 20th century Psychiatry, in a historical parenthesis during which multiple theoretical models coexisted both for this branch of knowledge and for Psychology itself (from Wilhelm Wundt’s introspection to behavioural models or the incipient rebirth of cognition and emotion as dimensions of human experience susceptible to analysis), and it starts from a phenomenological vision of knowledge.

Phenomenology makes a direct allusion to experience , as it is lived by the subject who observes it and who forms part of it. It is sustained on the constructive conscience, that transforms the objects in which it is deposited to give them of a unique content for each individual, which supposes the confluence of the being and the existence in a whole that is postulated like the highest source of knowledge on the human fact (holism).

In the following pages, we present some of the most important elements that emerge from the extensive work of Ludwig Binswanger, focusing on his theoretical influences and his proposals, often reactive to the biological and empirical rigour that monopolised the science of his time.

Binswanger was a close friend of Sigmund Freud and worked on his doctoral thesis with Carl Jung . In this sense, he was a psychiatrist whose academic training followed a traditional line, based on the elementary precepts of psychoanalysis. He therefore had a broad knowledge of this theoretical framework, and was also a pioneer in transferring such teachings to the Switzerland of the first half of the 20th century.

However, he ended up feeling disappointed by the excessively biological and pansexual orientation of Psychoanalysis itself, and would seek refuge in the philosophy of his time. In this way he would get to know the phenomenological paradigm of the human being, which he would adopt as his own, founding an existentialist current that tried to reconcile Psychiatry with a deeper vision of life (to the detriment of biomedical and psychopathological categories).

2. The historicity of the human being

The understanding of the human, from the existentialist vision, would be indivisibly linked to its historical and cultural reality. Each person would be made up of a wide range of lived experiences, which would give him/her a characteristic perception of the world and life, without which it would not be possible to understand the pathology that he/she might be suffering from at any given moment. This phenomenon would transcend the concept of “learning” , immersing itself in a temporal and narrative dimension of being.

Thus, the illness would be integrated within the own experience of the subject who lives it, and would rise as a congruent manifestation with his intimate experiential speech. The pathology could not be understood as a crack in the construction of the reality that the human being forges for himself, but it would be linked to the naturalness of other facts and could not be captured without an active listening of the path travelled.

3. Experience as the key to knowledge

In Binswanger’s time, Psychiatry relied on the clinical method to outline its theoretical and practical postulates. In this way, the diagnostic judgment was limited to a categorical evaluation of the sick subject, whose suffering would fall within the general (and not very descriptive) categories of neurosis or psychosis (reducing the individuality that would inexorably be linked to his way of being in the world).

In order to confront this orientation, and inspired by an emerging phenomenology, Binswanger decided to advocate the holistic perspective. As a result, he conceived a very sensitive approach to integration and uniqueness, which would definitely depart from generality and allow for a faithful approach to the pathology of those living with psychic disorders.

For Binswanger, the concept “dasein” (which comes from the Germanic and is translated literally as “to be there” or “to be in the world”) had to be complemented to achieve a true existential meaning . Although it is true that every person would be an active agent of the place and time in which they live, and would feel an inescapable interest in expressing their individuality, this could not be understood without the infinite forms in which they relate to others.

For Binswanger, every human being would be an isolated reality that could only transcend to the extent that he discovered himself in front of the other, which gave deep meaning to the therapeutic context that was established between therapist and patient. From the connection between two worlds would emerge the purest expression of being, as a shared reality and that would enjoy more meaning when told in the space on which it unfolds (and with respect to it).

Thus, being part of the world in which he lives, the person could not be understood apart from it. There would be a fusion between the object and the subject, between the observed and the one who observes , breaking its duality under the epigraph of the term “existence”. Thus, the mundane and the feasible (through which the person molds his own individuality) would be the foundation of what one is, beyond the abstractions with which psychoanalysis of that time based its theoretical postulates.

5. The human being as a project

According to Binswanger, each person has as a fundamental life project to be. That is, every individual would aspire to this ultimate end and come to satisfy it by the fact of existing. For the author, what is relevant in the therapeutic encounter would be the natural emergence, in the dyadic relationship, of the experiences of the individual; since in them would be found everything that could be apprehended in a certain way, avoiding prejudices or doctrines that were guiding the understanding.

In this same context, the author defended the term “epojé”, which has a deep philosophical tradition and was recovered by his contemporary Edmund Husserl (as its origin is rooted in the thought of ancient Greece). The “epojé” is a sceptical practice that defends the suspension of judgment and even of the concept of reality held by the observer, so that the fact observed can be expressed as it is (without conditioning of any kind).

6. The therapeutic relationship as a horizon of encounter

The horizon of encounter refers to the context that is born from the confluence of the universes of those who listen and those who are listened to, which requires a phenomenological perspective. The aim is that the approach to the patient should always respect his or her history and the reconstruction of the facts that may arise in each case, revealing as many forms of existence as there are individuals living in the world.

This would confront the generalist view of psychiatry, which sought to reduce the complexity of individuals to operational terms in which to establish regular, identifiable and predictable patterns. From this perspective, a more horizontal relationship between patient and therapist would be drawn up, with the latter aspiring to a total understanding of the experiences that make up all that the former is in its integrity.

For Binswanger, the relationship between people would be the purest way of being, since it would reflect a duality that would extract the subject from incommunication and existential isolation. His intention was to facilitate, through therapy, a relationship in which the corresponding individualities would be shown in total freedom in the scenario of a transforming and phenomenological bond.

Throughout the years of clinical experience, Binswanger came to trace a series of existential types through which he described the concrete forms of being in the world (relationship of a being with other beings or of “dasein” with otherness), and from which a first attempt to explain patterns of feeling and action from the existential perspective could be inferred. Without the pretension of creating a formal category of personality, differentiated four types: singular, dual, plural and anonymous .

The singular would describe the relationship of a subject with himself (isolated from reality itself). The dual pattern would define relationships between two individuals who form an inalienable pair (such as that which occurs in true friendship, in the love of a partner or in the relationship between mother and child), while the plural would describe the coexistence with others within the social community (work, for example). Finally, the anonymous would reflect a state of disintegration as a consequence of the dissolution of the being into a mass, through which it would be deprived of its identity.

All people would be susceptible to flow between one type or another throughout the course of their existence.

The industrial bustle of Binswanger’s historical moment emphasized individuality as a stimulus for personal development , which was in direct opposition to his perspective of being as a reality that reached its maximum expression when shared. In this sense, he proposed as an alternative to solitude the idea of love (or “liebe”) from which arose a healthy concern for the other that was built on the will to provide care and protection.

In any case, this love should in no way imply a denial of one’s own needs as an individual subject, but rather complement one’s own being through the communication of the inner world in a constructive bond. In the process, it would be implicit that concern for others would endow the being with a transcendent sense, allowing the transmission of experiences beyond its own finiteness. Thus, with the other, the void between loneliness and the alienation of the mass would be balanced.

From Binswanger’s phenomenological perspective, the meaning of life would be none other than to be oneself in the constant flow of history, and to make otherness a healthy complement to loneliness. The being would suppose the consistent relation of the narrative of one’s own life and the expression of the phenomenon of existence, understood as the unrepeatable result of a world that gravitates in the constant flow of events and relations.

Illness should be understood as another part of one’s existence, integrated into it as one more event , and never as something isolated from the rest of one’s experiences. His rejection of traditionalist perspectives was a remarkable attempt, in the history of mental health, to achieve a paradigm of consciousness that would confront the biomedical models that dominated the scientific panorama of the nineteenth century.