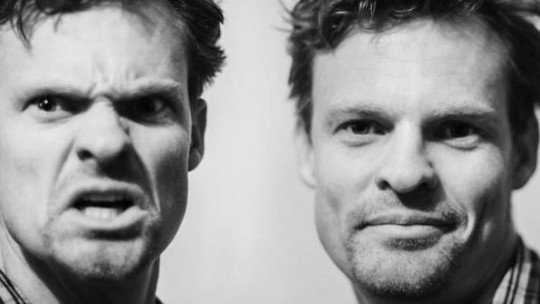 Bipolar disorder is one of the best known psychological disorders. Yet the little or no information that some people have had access to means that they don’t really know what bipolar disorder is or have a misconception about its characteristics.

For example, there is a myth that bipolarity has to do with showing multiple personalities over time, constantly changing tastes and hobbies, or generally having chaotic behavior. Of course, the concept of bipolar disorder has nothing to do with this very ambiguous conception of this mental disorder.

That is why, in today’s article, we have proposed to draw up a list of 10 characteristic points of this pathology that, in a general way, people do not know or confuse.

What is Bipolar Disorder

Bipolar disorder, as already mentioned, is one of the most well-known mental disorders in the population (if only by name), and is a condition that affects how an individual feels, thinks and acts . Its characteristic feature is the exaggerated changes in mood, since, generally, a person goes through a manic and a depressive phase. These changes occur in a cyclical manner, going through stages of mania and depression to the point of leaving the person partially incapacitated for certain things and/or with a seriously compromised quality of life.

Bipolar disorder is a serious disorder that is not just a matter of emotional highs and lows, as we often hear. The cycles of this pathology can last for days, weeks or months, and seriously harm the health, work and personal relationships of the person who suffers it.

Bipolar Disorder is a severe psychopathology

Due to its severity, this pathology can rarely be treated without medication, as it is necessary to stabilize the patient’s mood. Treatment is usually characterised by the administration of Lithium , although other drugs can be used for treatment such as valproate , carbamazepine or olanzapine .

In the mania phase, the person is able to get into debt, quit his job, feel very energetic and sleep alone two hours a day . The same person, during the depressive phase, may feel so bad that he or she cannot even get out of bed. There are several types of bipolar disorder, and the mildest form is called cyclotimia . Having said that, there are certain beliefs about this disorder that are not true and, in order to better understand this pathology, you can find in the following list.

1. Bipolar disorder is not emotional instability

You may have been told in a fight with your partner that “you’re a little bipolar” because you’ve suddenly changed your mood. You should know that this behavior is quite common, especially in relationships. In these situations, emotions are running high, and since no one is perfect, you may react impulsively.

It can also happen that you are in a period of your life when everything changes very quickly and you don’t really know what you want. So it’s important not to confuse emotional instability with bipolar disorder , because the latter is a really serious disorder that needs to be treated as soon as possible.

2. The disorder may be genetic… or not

As almost always happens in cases of mental health disorders, not all causes are environmental, nor are all causes genetic, and furthermore, even if we focus on the genetic component of bipolarity, we will not be able to find a single gene that is responsible for this phenomenon. There are several genes that, working together, make the chances of having bipolar disorder go up or down. Perhaps, in the future, knowing these genetic elements will allow us to offer more effective treatments.

3. Different substances can cause this disorder to develop

The previous point shows the importance of genetic factors as one of the causes of bipolar disorder. But environmental factors, such as the use of psychoactive and pharmacological substances, can cause this disorder to develop . Medication and drug use that can lead to bipolar disorder include

4. People with bipolar disorder are more likely to have other illnesses

Thyroid problems, headaches, migraines, diabetes, heart problems and obesity are some of the negative consequences associated with bipolar disorder. Diseases that, in addition to the symptoms of mania and depression characteristic of this disorder, can increase the patient’s suffering.

5. There are several variations of bipolar disorder

There are different types of bipolar disorder. They are as follows:

There is also a subtype of rapid-onset bipolar cycling disorder , in which people have four or more episodes of major depression, hypomania, mania, or mixed states over a one-year period.

The states of mania and depression can occur simultaneously, which is called a “mixed episode” , so they do not need to appear separately to make the diagnosis. For example, a person may have episodes of tears and sadness during a manic phase.

7. A person with bipolar disorder can be happy

Bipolar disorder is a serious condition, and the person suffering from it may see his or her quality of life diminished as a result. But despite this, thanks to the correct treatment, it is possible to live a full and happy life . The administration of mood stabilisers and a control of the individual’s lifestyle can significantly help his or her general well-being.

These two disorders can be confused by the element of “different personalities”. But what characterises dissociative personality identity disorder is that there are two or more different identities or personalities in the person who suffers from this pathology.

You can learn more about this disorder in our article: “Dissociative Personality Disorder (TIDP)”

9. Bipolar disorder can get seriously worse if left untreated

Sometimes it may be the individual himself who seeks help, but it may be difficult for him to carry out the drug treatment during the manic phase , as he usually feels full of energy. The patient is usually hospitalized when in the acute phase in order to keep him/her under control. If the person with bipolar disorder is not treated, his or her symptoms will get worse.

10. Famous people who have suffered from bipolar disorder

Famous people are not exempt from suffering from this disorder. In fact, several celebrities have made public their bipolarity. For example, Catherine Zeta Jones , Demi Lovato , Jim Carrey or Macy Gray .