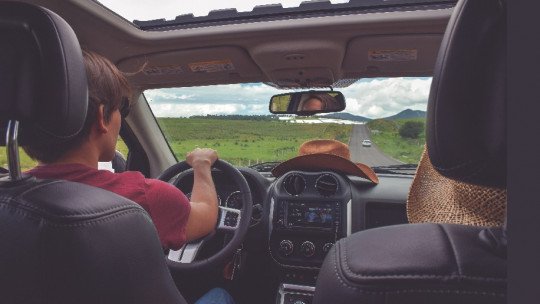 The global economic crisis that we suffered from 2008, has made wonderful minds and entrepreneurs develop innovative production systems to date. Bla Bla Car is not an exception .

This revolutionary start-up now has millions of users consuming its extensive transport network throughout Europe.

Bla Bla Car was born in 2008 in France, by Frédéric Mazzella, Francis Nappez and Nicolas Brusson. The main idea was to share the private transport vehicle in short stretches, like for example a student who goes to school by car who decides to invite other travellers in exchange for distributing the expenses.

There are many benefits to using the Bla Bla Car transport platform. These are not purely economic or cost-saving, but also contribute to an altruistic education of society and a more serious care for the environment.

8 advantages of using the service

In this section we list the positive contributions and advantages that are generated by using Bla Bla Car.

During the last century the biggest world crises developed because of the dependence on crude oil all over the world, since even clothes have chemical compounds derived from oil, passing through plastic bags to the use of fuel for cars.

That is why Bla Bla Car allows you to reduce your gas consumption by up to 70 percent , since sharing a car with more people avoids the use of a second.

As is the case with fossil fuel consumption, the less individualistic the use of the private vehicle, the more care we will take with nature by emitting less CO2 emissions and other derived toxic fumes.

Today, roads have become almost luxury goods, with exorbitant maintenance fees in some cases, especially in countries such as France, Spain or Italy.

With Bla Bla Car we are presented with the opportunity to share those extra expenses and imperatives of the road , especially if we make long journeys, where in some cases additional taxes are paid at customs only for the entry to the foreign country.

4. No competition for transport companies

Due to the nature of the service, which is purely private, neither the driver nor the owner is remunerated in any way, as European legislation forbids it , thus avoiding unfair competition towards companies in the transport sector.

Remember that Bla Bla Car is different from other services such as Cabify or Uber, platforms where they do participate in the legal market and prices are regulated based on competition as the service of the taxi or bus.

The Bla Bla Car platform is regulated by European laws that contribute to the protection of both users and owners . The profiles of both participants are verified through bank accounts, telephone records and GPS tracking.

In addition, the company has its own insurance in case of accidents and other inconveniences that may arise if some of the parties are affected.

All the information regarding the Bla Bla Car transport service is publicly displayed , where users share their experiences on social networks, evaluate drivers and recommend (or not) their use.

7. A way to socialize

A road trip can be most monotonous and desolate if it is done individually . On the other hand, by sharing the experience of travelling by road with people even if they are not part of it, it represents an added value to the product. As the profile of the certified user is quite comfortable, it is possible to choose the company we want to invite.

Bla Bla Car arose out of necessity, like all innovation . In this way a new economic model based on altruism, trust and solidarity has emerged. It is extremely difficult to convince private users to share their belongings, but thanks to initiatives the collective is the final beneficiary.

Like everything in this life, every activity has its shortcomings and points of conflict. The eight most discussed and controversial are the following.

Even the most philanthropic and charitable idea has its most unexpected drawbacks . One of them is that although the profile may seem compatible with ours, in reality we may find ourselves with an uncomfortable travel companion. And this is a torment if the journey is long.

Although Bla Bla Car has a wide network of vehicles available, users often complain about lack of compatibility with the desired schedules . On many occasions consumers are conditioned by this lack and choose to reject the service definitively.

Bla Bla Car started with a very traditional payment system, cash to contribute directly to the driver on the day of the trip. There are opinions for all tastes, but none leave anyone indifferent. Many users do not own plastic currency and some drivers prefer to pay in cash .

4. Communication between driver and passenger

For many occasional travellers of Bla Bla Car it is a trustworthy value to be able to communicate directly with the driver they are going to have, but the platform does not allow such function until the moment of payment .

5. Rejection by the driver

This is perhaps one of the most acclaimed drawbacks of all users. In some cases, drivers do not confirm the reservation of the service until the very day of the trip and, in other cases, they refuse to carry out the service for unknown reasons. This undermines confidence and creates doubts for potential customers.

6. Abuse of the application

The main idea of Bla Bla Car is to develop a source of sustainable and collaborative economy, but more and more owner users use the platform in a profitable way and, in some exceptional cases, in a reportable way.

Under no circumstances can the transport company be held responsible for the accuracy of the data in many profiles , especially with regard to the driver, who is the key part of the service. Although the file is approved, Bla Bla Car can not ensure that the driver is a responsible entity at the wheel.

Recently, Bla Bla Car announced the increase in the price of the service, with a taxable base of 10% on the final cost of each journey , and not for the total service which in some cases is round trip. Users reject the measure already approved and warn of the clientelism that this may generate, renouncing the basic principle on which it was founded.