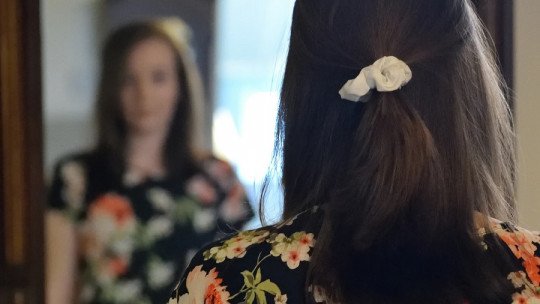 We live in times when we are constantly bombarded with images of perfect bodies. When we walk down the streets of any big city, it is difficult to avoid our eyes ending up on one of those giant advertisements that project the image of models or actors with dizzying silhouettes and spotless smiles.

Although this aesthetic ideal is unattainable for most people , many people choose it as a reference to which to aspire, which ends up crashing into a very different and more mundane reality: all bodies are imperfect (even that of the aforementioned celebrities, adorned with the “body and paint” of computer retouching).

From this impossible aspiration comes the explicit rejection of physical variables as diverse as body hair, eye color/shape, hair density or even tooth alignment. It arises, in short, the repudiation of the body itself and its naturalness.

In this article we will talk about body dysmorphia (and its subclinical forms), which is a common problem (especially in industrialized countries) related to the erosion of self-esteem.

What is body dysmorphia?

Body dysmorphia (also known as dysmorphophobia or body dysmorphic disorder) is expressed, in general terms, as the explicit rejection of a particular attribute (or several) of the body.

It supposes a distortion in the process of self-perception , which magnifies a small defect (imperceptible to the eyes of others) or directly identifies it where it is not. In the following we will explore each of its fundamental symptoms.

1. Concern about physical defects that are not noticeable to others

The person with body dysmorphia refers to discomfort around a particular area of his or her body, this being a physical attribute to which he or she associates a negative emotional tone. Thus, when she observes or thinks about herself, she perceives overflowing feelings that lead to deep and persistent dissatisfaction . Her rejection gives her a great feeling of shame and inadequacy.

The regions subject to complaint are usually located on the face , especially the nose (because of its size or shape), the eyes (color, inclination and palpebral fall) and the skin (especially when traces of acne persist during adolescence or the first wrinkles appear around the corner of the mouth). Additionally, hair is susceptible to repudiation (because of its density or its shine), as well as the shape or size of the head.

Also the perception of the body can be compromised , with a special emphasis on the female breast or the curve of the waist. In this sense, it is frequent that the breasts are judged to be very large or small, with an asymmetric shape or undesirable characteristics (irregular areolas or with a too light/dark color), or excessively sagging (due to some discrete ptosis). Finally, also the genitals, in men and women, can be perceived in an aversive way (in very different parameters).

Subjects with body dysmorphia report that at least two parts of their body are widely repudiated , although these tend to fluctuate over time, moving to different and distant regions (up to seven or eight on average over a lifetime). It is necessary to remember that these are minimal or non-existent imperfections, which is why a massive self-awareness of the body itself and an over-dimensioning of the irregularities that occur in it in a normal situation are objectified.

Concerns about physical imperfection take up a lot of time each day, so that a quarter of those affected report that thoughts about the subject continue for eight hours or more a day. That is why they tend to live them as invasive ideas, which come to mind without the mediation of the will and which end up precipitating a notable uneasiness (sadness, fear of being rejected, anguish, frustration, etc.).

Studies on the disorder suggest that the age of onset is located in adolescence , a period of life in which there is an accentuated need to be accepted by the environment. Criticism from the group to which they belong may be a clear trigger of the problem, which is supported from hiding and is only revealed to those who are considered to be absolutely trustworthy. That is why its diagnosis and treatment can take many years.

As a result of these concerns about one’s appearance, a number of strategies are often developed to minimize the distress associated with it. In this sense, we can distinguish behaviors and mental acts that provoke a momentary relief but that with the passing of time tend to increase the difficult emotions linked to the intrusive thought.

Among the checking behaviors, the use of full-body or hand mirrors is particularly important, as well as the search for reflective surfaces in public or passing areas, with which to inadvertently explore the silhouette (the abdomen, legs or butt). Excessive grooming can also be carried out, using an arsenal of cosmetic products aimed at disguising the details of the face on which the negative assessment is projected.

As far as mental acts are concerned, it is common for the affected person to constantly compare himself with others , stopping at the parts of the body of others that he rejects in himself. In this way, he can pay special attention to those who have the traits he would like, which represent isolated or exceptional cases, so that the behaviour ends up exacerbating his pain and increasing the feeling of strangeness or deformity (“why can’t I be like this?”).

All these behaviours are difficult to resist or stop , as they arise automatically along with the concern about the imperfection. Thus, a relationship of a functional nature is established between the two: the thought provokes discomfort, and the reaction (behavioural or mental) unsuccessfully pursues the aim of stopping or alleviating it.

In this relationship lies the basic mechanism for the maintenance of the problem, since the strategies used to remove the suffering only work in the short term, but in the medium and long term they aggravate it.

The body dysmorphic disorder usually has a remarkable impact on the development of the daily life of those who suffer from it, extending to dimensions such as couple or friendship relationships, as well as to the academic and work areas. It is not unusual for the negative evaluation of specific aspects of the body to have its resonance on the subjective capacity to develop a satisfactory sexual life , which would translate into difficulties in establishing loving bonds of physical intimacy.

In severe cases, the problem (currently considered a somatic symptom disorder in DSM-5) causes significant impairment of the social sphere as a whole, with persistent feelings that one is being watched or that people “notice” the body nuance that the person portrays as inappropriate. This fear of the judgment of others tends to deteriorate academic and work life , since it would foster isolation and shyness due to the anticipation of an eventual mockery or disdain from others.

Many studies highlight a dramatic increase in suicidal thinking in people suffering from this mental health problem, with a relative risk that is four times higher than that observed for the general population. This tremendous finding is eloquent with respect to the suffering that can accompany the disorder, which tends to become chronic if an adequate therapeutic plan is not articulated.

Finally, there is ample evidence of the co-morbidities this disorder may have with mental health problems such as major depression (due to the substantial erosion of a basic dimension to self-image), social phobia (an accentuated fear of rejection or ridicule in front of others), and drug abuse (with special emphasis on alcohol, which would act as a social lubricant).

Muscle dysmorphia is relatively common in the context of the disorder, accompanying all the other symptoms described above. It occurs more in men than in women , since it refers to the physical stereotype that society tends to attribute to this group, and it supposes a very important obstacle for the maintenance of a relationship in which physical contact is implicit.

It consists of the perception that the body is scrawny or lacks muscle tissue , or that its size is excessively small. It implies an alteration in the perception of the general musculoskeletal structure (thin arms, weak legs, etc.), although anthropometry is within normal values.

This perception extends to the whole body , but it does not prevent that there are also specific parts that can be judged as unpleasant (face, head, etc.).

5. Capacity for introspection regarding ideas about the body

When investigating the degree of credibility that people with this disorder attribute to the perception of their own body, most of them recognize that this vision of the “I” is excessive and that it does not adjust to reality accurately. However, the ability to “realize” does not represent a solution to their problem, over which they perceive a total loss of control.

On other occasions there is no self-awareness of the way in which the assessment of the body is disfigured, having documented cases in which such assessments would reach a delirious entity.

Is this situation always pathological?

Most people harbour insecurities about their appearance , or feel unhappy about some physical/aesthetic attribute they have been lucky enough to have. This is a common fact, and not at all pathological.

The problem arises when the assessment implies a distortion with respect to objective reality , or a prejudice is generated on the quality of life or other areas of daily functioning, and especially when the person does not recognize that he or she could be wrong. In the latter case, it is necessary to seek the help of a mental health professional, as there are currently treatments available that have been amply demonstrated to be effective.