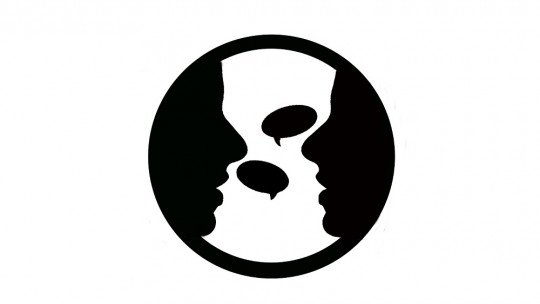 The human being is a gregarious and social being, who is in constant contact with other members of his species. In fact, as a species we have always depended to a great extent on the ability to communicate. And one of our main means of communication is at the same time one of the most complex at our disposal: oral language. Speaking is something that is learned (although there are innate components) and developed throughout life, acquiring over time a rhythm and fluency that allows us to transmit highly complex messages in a relatively short time.

But sometimes, this ability can be impaired in the face of brain injury or trauma. This is what happens with the bradylalia , which we will talk about throughout this article.

When we speak of bradyllalia we are referring to the presence of a psychological alteration as a slowing down of the production of language of varying degree, generally due to the presence of some type of brain injury or alteration. It is therefore a disorder of verbal rhythm and fluency.

Although the concept itself would only refer to the speed at which speech is produced, the truth is that generally the affectation is not only at the level of rhythm, but that the slowing down is accompanied by other alterations such as the presence of a decrease in verbal fluency, a decrease in the capacity to modulate the tone of the voice (which tends to become flattened and monotonous) and a great difficulty when it comes to articulating the words.

It is also common for multiple blocks to appear during speech, stuttering, and some prolongation or repetition of word sounds. In some cases, a varying degree of mutism may occur.

It is important to note that bradilalia refers to a slowing down of the production or emission of language, that is, the act of speaking. However , verbal comprehension can be perfectly preserved , with the person understanding everything that is being said.

This type of affectation does not appear spontaneously, being in fact an indicator of the existence of neuronal damage. It would therefore be a symptom of such an injury rather than a disorder per se.

Speech is a fundamental capacity in most people’s daily lives, so the appearance of bradyllalia can have severe functional repercussions for people who suffer from it beyond mere speech difficulty.

It is not uncommon for problems in maintaining a conversation to generate problems on a personal and social level , diminishing their social life and making effective communication difficult and their mental capacities being handicapped. On a labour level, this may also have severe repercussions, making it difficult or even impossible, depending on the sector, to carry out their functions.

It is also common for their difficulties to generate an emotional upset, especially if they are aware of the presence of such difficulties. In addition to their own concern and possible lack of understanding regarding what has happened to them, it is not strange that irritability, decreased self-esteem , high levels of anxiety or even the problems suffered may lead to depression.

Avoidance of social contact, demotivation and loss of desire to do things can also appear, as well as a certain hopelessness. All this is especially frequent in cases where there is no improvement.

As we have previously mentioned, the origin of bradylialdry is usually found in the presence of some type of brain lesion , specifically in the areas of the brain linked to language production.

Some of the most common causes of their appearance are the presence of cerebrovascular accidents, head trauma or neurodegenerative diseases (appearing during the development of multiple dementias, such as Parkinson’s or Alzheimer’s). Other circumstances that produce cognitive impairment may also generate bradylias, such as that found in psychotic patients with negative symptoms .

It is not uncommon for it to appear in situations such as substance abuse intoxication or related disorders. Some intoxications and poisonings can also produce it, as well as confusional states. The presence of brain infections, such as encephalitis , is another possible origin of this language disorder.

The bradyllalia can also be found, to a lesser extent, in people who suffer from psychiatric problems, an example being major depression or the above-mentioned subjects with psychotic-type problems and negative symptoms. Finally, it can also be observed in subjects with neurodevelopmental disorders.

The treatment of bradyllalia depends largely on its causes, usually requiring a long period of time to make progress and not always being able to achieve a recovery of the usual speed of speech . This is due to the fact that we are facing a problem arising from the injury or deterioration of part of the nervous system, an alteration that may be temporary or permanent.

If we speak of a bradylalia caused by the effects of a punctual intoxication or of a depression, it will be possible to overcome it before the application of the pertinent treatment. In the case of permanent brain injuries, such as in brain injuries, strokes or neurodegenerative diseases, a multidisciplinary approach involving several professionals will generally be applied.

Language problems can be worked on or alleviated (as sometimes full recovery is not possible) through a combination of speech therapy, speech therapy, occupational work and cognitive stimulation . Physical therapy and strengthening of the oral and respiratory muscles can also be used. In the case of children with neurodevelopmental disorders, in addition to this type of treatment it will be necessary to take into account their difficulties at school, generating curricular adaptations or individualized plans according to the case.

Psychoeducation is always important so that the subject understands what is happening to him and what effects it can have on his day-to-day life. Likewise, in cases in which the recovery of the normal rhythm of speech cannot be achieved , compensatory or substitute strategies can be generated , such as the use of other means or channels of communication. It should also be applied to the environment, so that it understands the difficulties of the subject. It may also be necessary to carry out psychological therapy, counselling and orientation in the presence of difficulties of acceptance, grief or emotional problems.